Brad Marchand and Patrice Bergeron had two goals apiece for Boston as the Bruins, who hadn't led by two goals in any of their first four games this season, scored five times in a row to pull away and beat the Philadelphia Flyers 6-1 on Saturday night.

Charlie Coyle and Craig Smith each had a goal and an assist in the second period to break open a 1-1 tie. Marchand scored twice in the third, and Bergeron finished it off with his second goal of the night to help Boston earn its second straight victory over Philadelphia.

Jaroslav Halak stopped 16 shots for his first win of the season. 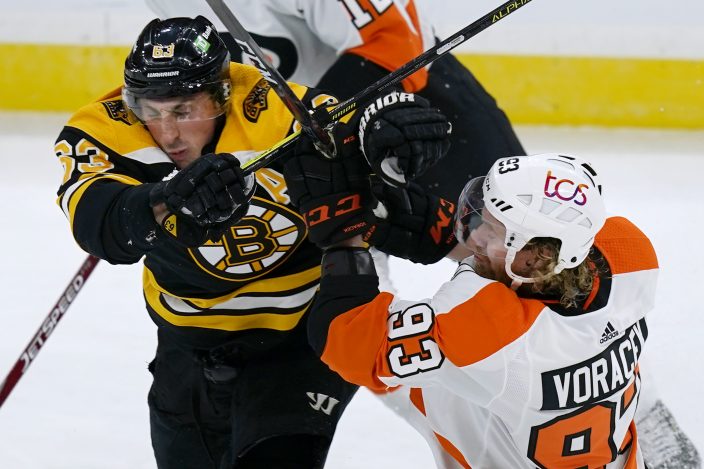 Kevin Hayes scored and Carter Hart made 20 saves for Philadelphia.

Two nights after Boston beat the Flyers 5-4 in a shootout, this one was only close until the second period. Coyle fed Smith early in the period to break a 1-1 tie and Smith set Coyle up near the end to make it a two-goal game.

Marchand made it 4-1 early in the third when he knocked in a pass from Bergeron, and then he gave the Bruins a 5-1 lead on a power play four minutes later. Bergeron scored his second power-play goal of the game — and Boston's third in four tries — with about six minutes remaining. 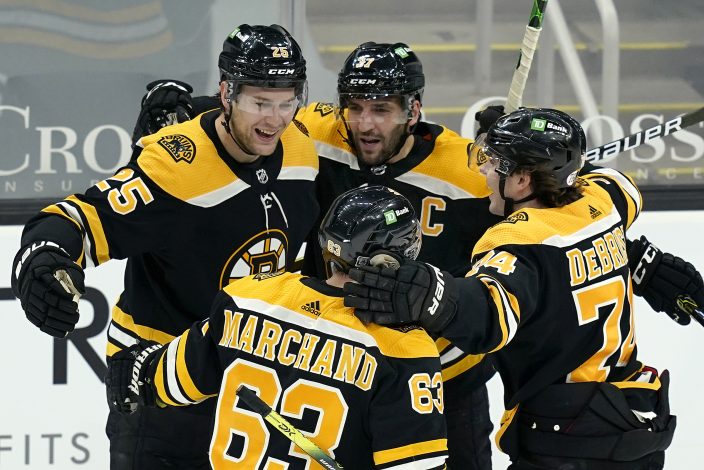 Bergeron opened the scoring in the first and had a chance to make it 2-0 early in the second but his backhander into an open net just caught the edge of Hart’s pad. The next time down, Hayes deflected Jakub Voracek’s shot into the net to tie it.

But just 1:16 later, Smith backhanded the puck into the slot off linemate Trent Frederic, who was on the ice after being tripped up by Hayes, leaving Coyle open for the goal. It stayed 2-1 until the end of the second, when Coyle reached out with one hand to tip Frederic’s shot into the net. 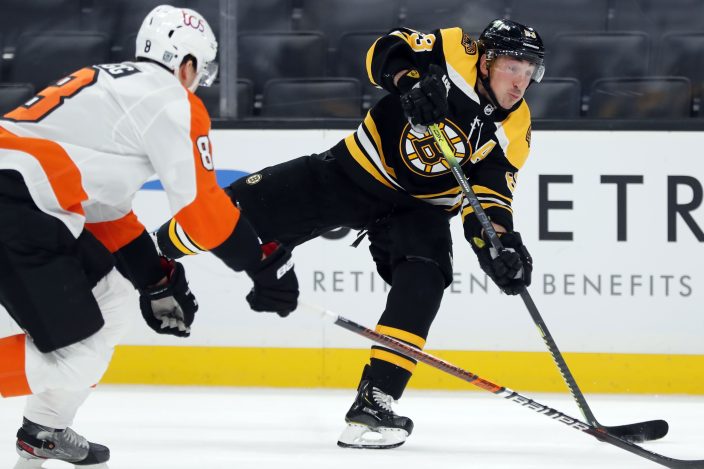 Bruins: Host the Penguins on Tuesday and Thursday nights.

After the aborted attempt to form ...

Dems push $25B to electrify school buses, a Biden prior ...