Brandon Ingram led New Orleans with 30 points. Eric Bledsoe added 28 and Zion Williamson finished with 19 points and 11 rebounds for the Pelicans, who have lost three straight and eight of their last nine. 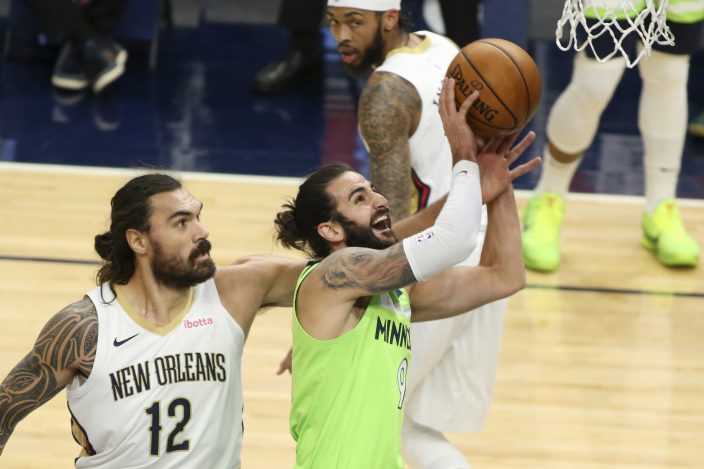 Minnesota center Karl-Anthony Towns missed his fourth straight game after testing positive for the coronavirus on Jan. 15. The Timberwolves are 2-9 without Towns in the lineup this season.

After trailing by a point at halftime, Minnesota used a 16-3 run to pull ahead. Reid and Vanderbilt each scored four points, and the Pelicans called a timeout after Beasley went coast to coast with for a layup that gave the Timberwolves a 75-69 lead.

Vanderbilt capped the run by tipping in a missed shot to put Minnesota head by 10. Bledsoe finally broke through for New Orleans when he put back his own miss, but Culver countered with a 3-pointer and an 82-71 Timberwolves lead. The Pelicans went 4 1/2 minutes without a field goal over that stretch, missing 11 straight shots from the floor. Even after hitting its final two shots of the quarter, New Orleans shot 5 for 24 and missed all four of its 3-pointers in the third.

The Timberwolves pushed their lead to 18 midway through the fourth and kept New Orleans at arm’s length the rest of the way. 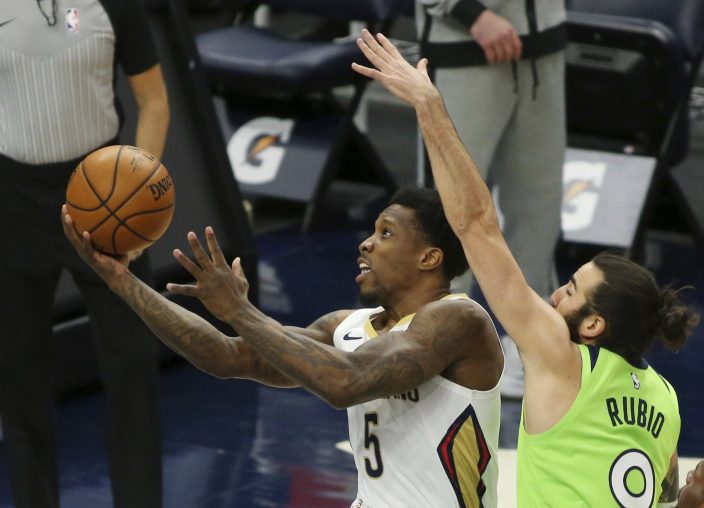 Pelicans: New Orleans wrapped up a six-game road swing with at 1-5 record. The Pelicans have played the sixth-toughest schedule in the NBA.

The Pelicans return home for the start of a season-long six-game homestand. The stretch tips off with a Monday night matchup against the Spurs.

Minnesota travels to the Bay Area for a two-game set against the Warriors on Monday and Wednesday.