Mesut Ozil has thanked Arsenal for an “amazing journey” after his departure to Fenerbahce was confirmed, saying he goes with no grudges despite not playing for nearly a year.

Ozil said goodbye to his Arsenal teammates a week ago and his move to Turkey has now been wrapped up.

“I’d like to thank the club for this amazing journey over the past seven-and-a-half years,” Ozil said Sunday. 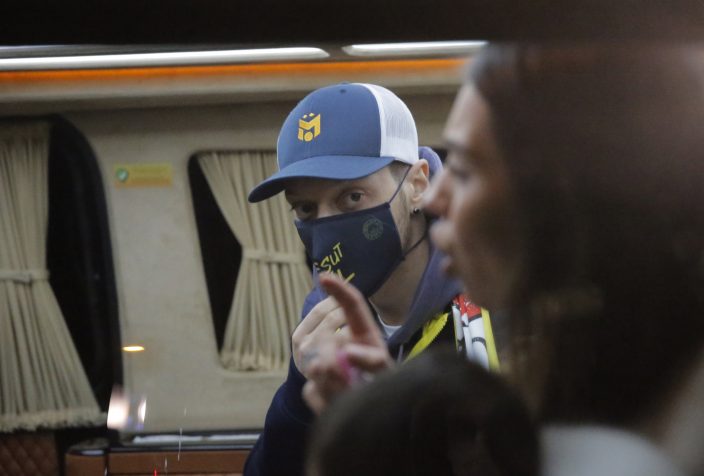 Mesut Ozil, former Germany midfielder, wearing a mask to help protect from the spread of the coronavirus, is pictured in a van after arriving at the Ataturk Airport in Istanbul, early Monday, Jan. 18, 2021. Ozil, who is of Turkish descent, will look to reignite his career in Turkey after he left Arsenal to join Fenerbahce. (AP Photo)

The former Germany international has not played for Arsenal since March and his contract was due to expire at the end of the current season.

“The support I have felt from the team and fans during my time here has been truly incredible and something I will always be grateful for," Ozil said. “Together we won trophies for the first time in years and created memories that will last a lifetime. The Arsenal fans will forever remain in my heart.

“I’d like to thank Edu Gaspar for helping bring about a professional and dignified solution in the past few days, and I wish everyone at the club the best in their attempt to continue to bring Arsenal back to the top, where we belong.” 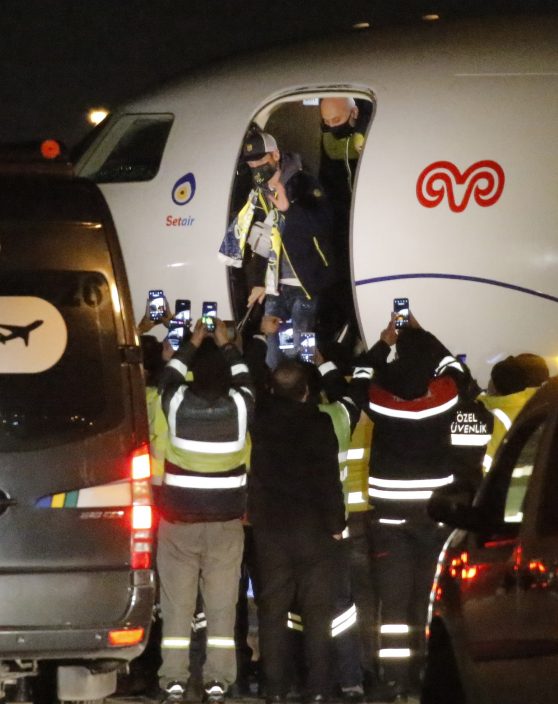 Mesut Ozil, former Germany midfielder disembarks a private jet after arriving at the Ataturk Airport in Istanbul, early Monday, Jan. 18, 2021. Ozil, who is of Turkish descent, will look to reignite his career in Turkey after he left Arsenal to join Fenerbahce. (AP Photo)

Having started the first 10 games under Mikel Arteta following his appointment in December 2019, Ozil has not featured since a 1-0 win over West Ham before the coronavirus pandemic saw football halted.

He was omitted from Arsenal’s Premier League and Europa League squads.

“As I said, the past few months haven’t been the easiest,” Ozil said. “Like every player, I want to play every minute of football for my team. In life, however, things don’t always play out how we want or expect them to.

“But it is important to look for the positives in life and not negatives, which is why I try to live life with no regrets and holding no grudges. Being at Arsenal was more than just football, it was about community.”

Manager Mikel Arteta said he would be remembered for playing in three of the four FA Cup finals Arsenal won during his time at the club.

“Mesut’s achievements at Arsenal are undisputed,” Arteta said. “It was a privilege to play alongside him and, more recently, coach him.

“His creativity and vision led to many goals during his time in the Arsenal shirt. Mesut was at the heart of many great moments for this club over the years, including those three FA Cup final wins. These successes will always be part of our history. We thank Mesut and wish him all the best with Fenerbahce.”

The parents of missing California ...