The Canada forward pounced in the 15th minute after goalkeeper Romain Salin failed to properly clear a corner, and the ball fell to him to sweep into the left side of the net.

After a slow start to his Lille career, the 21-year-old David has four league goals. 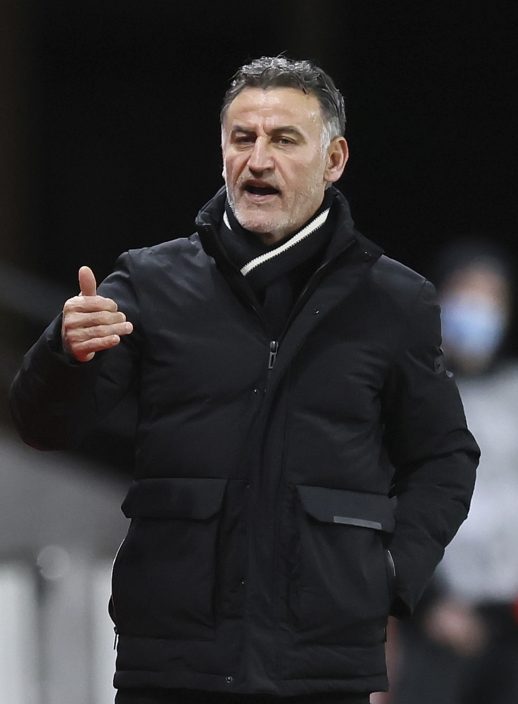 David made a sharp run behind the Rennes defense midway through the first half and was awarded a penalty after being knocked over by defender Nayef Aguerd.

But referee Eric Wattellier reversed the decision after a video replay showed that David was fractionally offside when making his move, and rescinded the yellow card shown to Aguerd.

The home side threatened little after the break and it was a comfortable win for Lille, which trails defending champion PSG on goal difference after 21 rounds.

Rennes' Clement Grenier, 2nd left, reacts at the end of a French League One Soccer match between Rennes and Lille at the Roazhon Park stadium in Rennes, France, Sunday Jan. 24, 2021. (AP PhotoDavid Vincent)

Rennes midfielder Clement Grenier made a strong claim about Wattellier's attitude after the match.

“He speaks out of turn, says aggressive things during the game,” Grenier told broadcaster Canal Plus. “Throughout the match he's telling me that he'll referee against us.”

Hwang Ui-jo made it three goals in two games for Bordeaux with an early brace in a 2-1 home win against Angers. The South Korea forward also netted last weekend for Les Girondins.

Also, Reims beat Brest 1-0, while Dijon and Strasbourg played to a 1-1 draw.

The U.S. government is investigati ...

Weah, David score for leader Lille in 3-0 win at Bordeaux