Connor Murphy and Mattias Janmark each had a goal and an assist as Chicago swept its two-game set with Detroit after beginning the season with four straight losses in Florida. Phillipp Kurashev also scored, and Patrick Kane had two assists.

Lankinen was solid once again after he made 30 stops while earning his first career win in Friday night's 4-1 victory against the Red Wings. He was tested on a Dylan Larkin drive early in the second period, but he got over to make the stop at the right post. 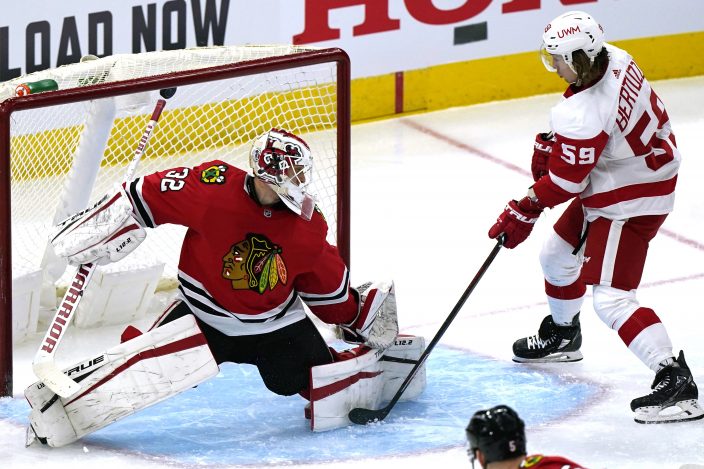 Tyler Bertuzzi scored twice for Detroit, and Jonathan Bernier made 29 saves. The Red Wings lost for the third time in their past four games.

Chicago got off to a fast start behind the 24-year-old Suter, a Swiss forward who agreed to a one-year contract in July. He sent a rebound into a wide-open net 4:42 into the first period, and then added a power-play goal off a nice pass by Janmark.

Chicago went 1 for 2 with the man advantage to move to 8 for 19 on the year. It has scored at least one power-play goal in its first six games for the first time since it opened the 1990-91 season with an 11-game run. 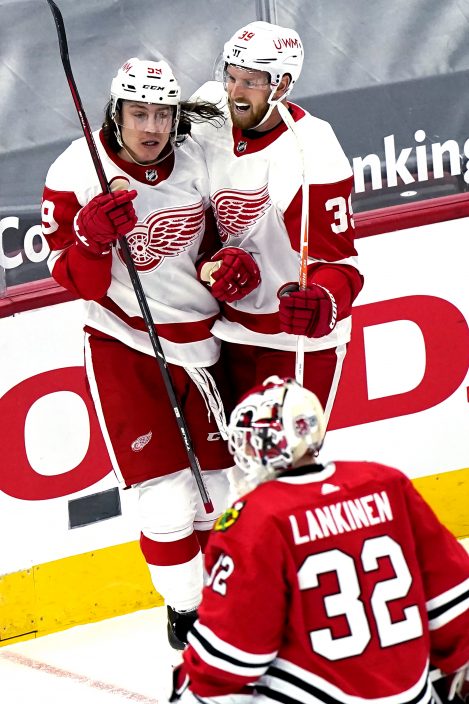 Detroit got one back when Bertuzzi redirected a Larkin shot past Lankinen during a 5-on-3 power play 41 seconds into the second. But Murphy responded for Chicago, making it 3-1 when he sent a wrist shot through traffic with 2:42 left in the period.

After Bertuzzi's power-play goal trimmed Chicago's lead to 4-2 in the third, Suter sent a wide-open shot from the left circle under Bernier’s glove with 7:32 left. 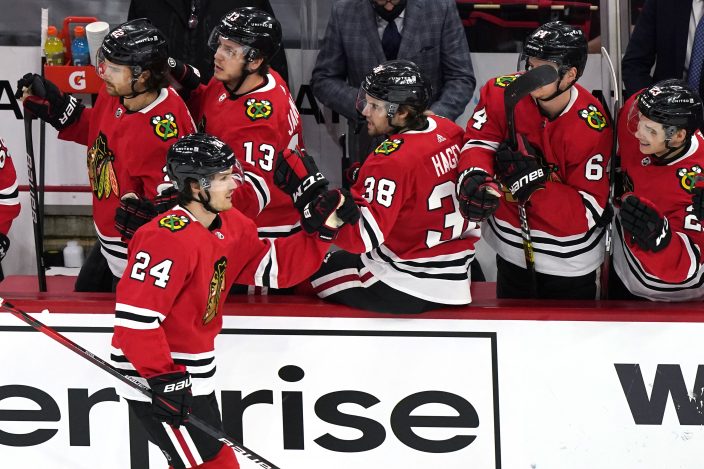