Action Express Racing put one of its two Cadillacs — the one featuring NASCAR champion Chase Ellott — on the pole for the Rolex 24 at Daytona in a first-of-its-kind qualifying race for the crown jewel endurance event.

The No. 31 Cadillac DPi will be driven next week in the twice-round-the-clock race by Felipe Nasr, Pipo Derani, Mike Conway and Elliott in Elliott's IMSA sports car debut.

He didn't race the car in Sunday's qualifier, which awarded 35 points to the pole-winning team. Action Express used fulltime regular drivers Nasr and Derani for the 140-minute qualifier around the winding Daytona International Speedway road course and snagged the Rolex 24 pole. 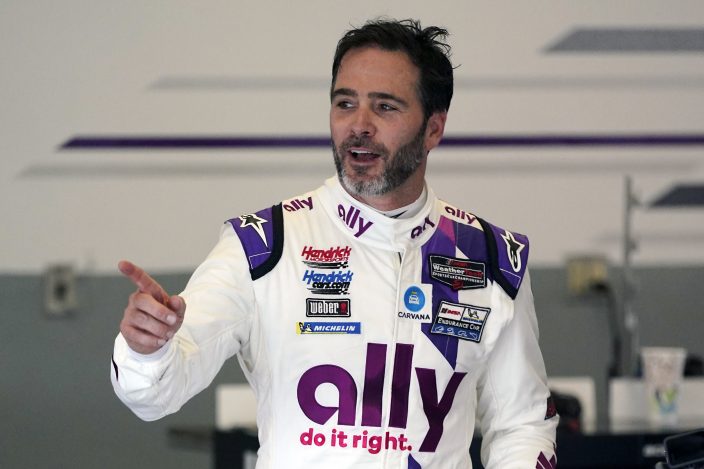 The duo later grumbled other teams didn't race for the victory and instead used the race as a glorified test for the race that begins Saturday.

"To me, it’s a joke. Just do the damn lap, show what you’ve got," Nasr said. "It makes the whole life of the series, it makes everybody’s life easier.”

The Action Express sister car did treat Sunday's race as a practice to give seven-time NASCAR champion Jimmie Johnson nearly 100 minutes in the seat, and in brief wet conditions. Johnson then turned the Cadillac over to Kamui Kobayashi, who qualified the No. 48 sixth of seven cars in the top Daytona Prototype class. 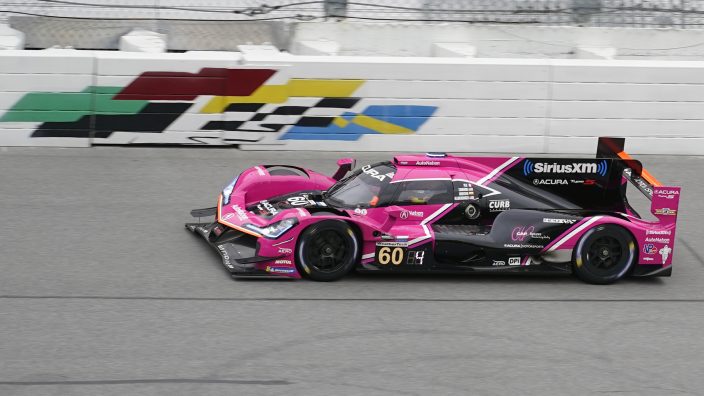 Action Express is owned by Jim France, head of the family that owns both NASCAR and IMSA. This year he slotted Elliott as the all-star for Action Express, a perennial championship contender.

Among the Hendrick personnel at Daytona assisting Action Express were Chad Knaus, crew chief of all seven of Johnson's titles, and the No. 48 it is funded by Ally, one of Hendrick's top sponsors.

Nasr was openly critical of the teams that didn't bother to race in the qualifier and he was presumably annoyed with the Acura entries from Wayne Taylor Racing and Michael Shank Racing, as well as Mazda Motorsports. Both Taylor and Shank are brand new to the Acura factory program and have exhausted their organizations by overhauling their fleets in time for Daytona.

Cadillac has four entries in the field; one from JDC-Miller Motorsports and one from Chip Ganassi Racing, which is back in IMSA after a one-year hiatus and back in the top DPi division for the first time since 2016.

Derani said it was “a shame” some cars sandbagged and wondered if the points awarded were not generous enough to convince rival teams to exert effort in qualifying.

The Rolex 24 of Daytona is one of the most prestigious events in the world and draws top drivers from around the world. It's incredibly important in the sports car community, both to the manufacturers and the audience of performance vehicle enthusiasts.

“We are going into the most important race of the season next week and I think there's not much clarity,” Derani said. “We are being crystal clear with what we have.”

The Oreca LMP2 for PR1 Mathiasen Motorsports won the pole for the Le Mans Prototype 2 class, a 10-car field that includes an entry from Rick Ware Racing featuring Daytona 500 winner Austin Dillon and Cody Shane Ware, who is slated to run the full Cup season in NASCAR for his father's team.

Turner Motorsport won the pole in the crowded GT Daytona class, which at 20 cars is the largest in the field. Bill Auberlen drove the BMW M6 to the pole; the lineup includes IndyCar breakout star Colton Herta.