Green Bay running back Aaron Jones left Sunday’s NFC championship game early in the third quarter with a chest injury suffered when he was tackled and fumbled going to the ground on a hit by Tampa Bay safety Jordan Whitehead.

Jones’ fumble set up Tom Brady’s third touchdown of the day, putting Tampa Bay up 28-10. Whitehead left with a shoulder injury on Green Bay’s next possession.

Jones remained on the sideline and is listed as questionable to return. The Bucs announced Whitehead is out, leaving them with a pair of backup safeties in the lineup. Rookie Antoine Winfield, Jr., is inactive with an ankle injury. 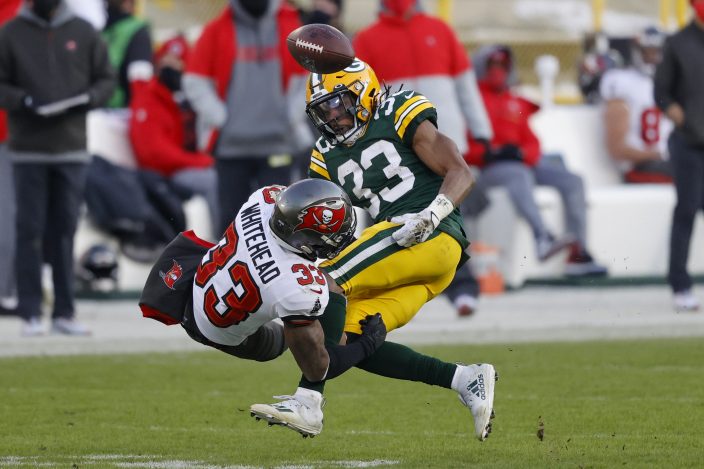 Packers defensive lineman Tyler Lancaster was carted to the locker room midway through the third quarter. There was immediate announcement on his injury.

Atlético Madrid got back to winnin ...