Linus Ullmark stopped 28 shots in regulation and overtime and three more in the shootout to help the Buffalo Sabres beat the Washington Capitals 4-3 on Sunday for just their second victory in six games this season.

Ullmark picked up his first win of the season six days after learning of the death of his father at age 63. It was Ullmark’s second consecutive start after taking some time away from playing hockey, and the Sabres needed him with goaltender Carter Hutton injured.

Captain Jack Eichel scored in the shootout and Colin Miller, Victor Olfosson and Eric Staal each scored on the power play for Buffalo, which snapped a two-game skid. The Sabres outshot the Capitals 48-31 and beat them for the first time in four meetings. 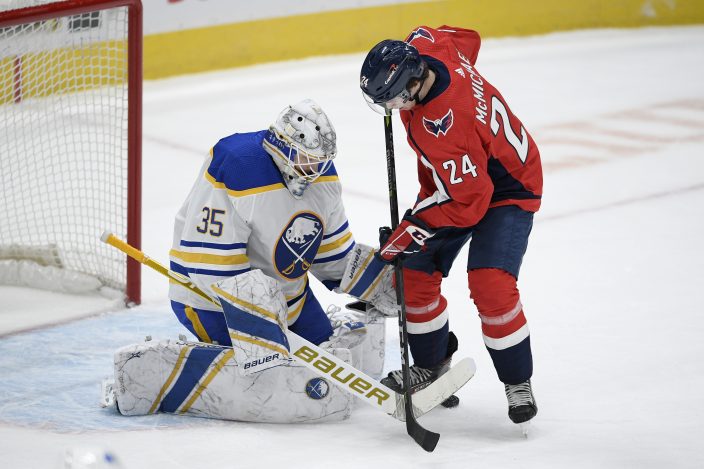 Justin Schultz scored his first goal with Washington and mainstays T.J. Oshie and Nicklas Backstrom each had a power-play goal. The Capitals were playing without five prominent players: captain Alex Ovechkin, center Evgeny Kuznetsov, defenseman Dmitry Orlov and goalie Ilya Samsonov because of COVID-19 protocols and right winger Tom Wilson because of a lower-body injury.

Vitek Vanecek made a career-high 45 saves and kissed the post after Taylor Hall's penalty shot attempt midway through the third period clanked off it. 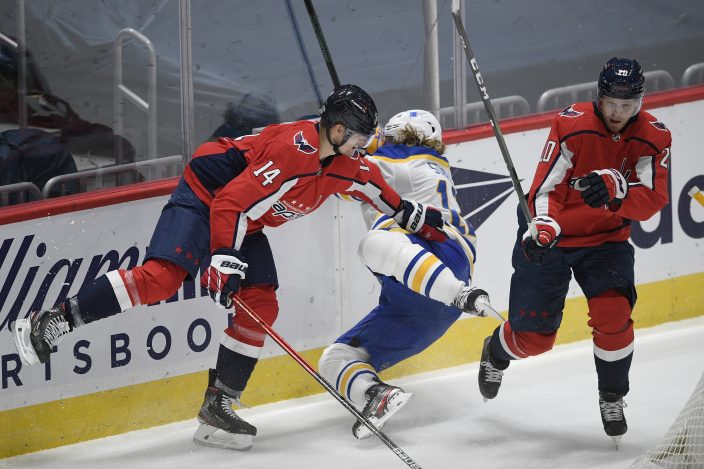 The Capitals went to overtime for a fourth consecutive game and have earned at least a point every time they’ve played this season. The last time they played four OT games in a row was March 29-April 5, 2011.

With Wilson out, top Capitals prospect Connor McMichael made his NHL debut. McMichael got the rookie tradition of a solo lap before pregame warmups began and played left wing on the second line with Lars Eller and Richard Panik. 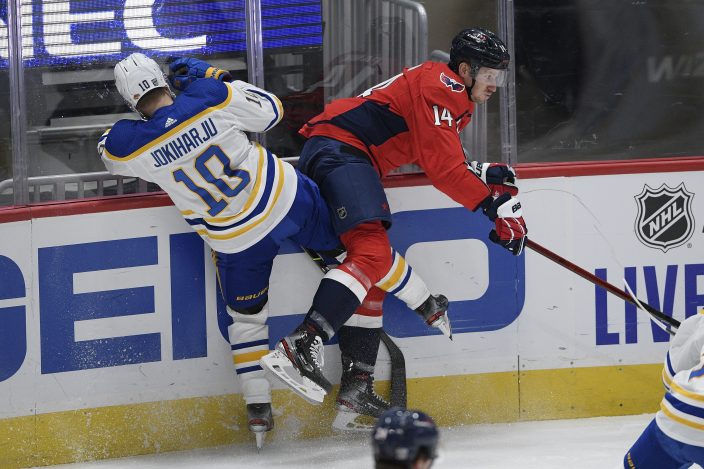 Trevor van Riemsdyk also made his Washington debut, replacing Nick Jensen on the blue line. Coach Peter Laviolette decided to stick with the traditional 12 forwards and six defensemen and keep Brian Pinho in the lineup as the fourth-line center. 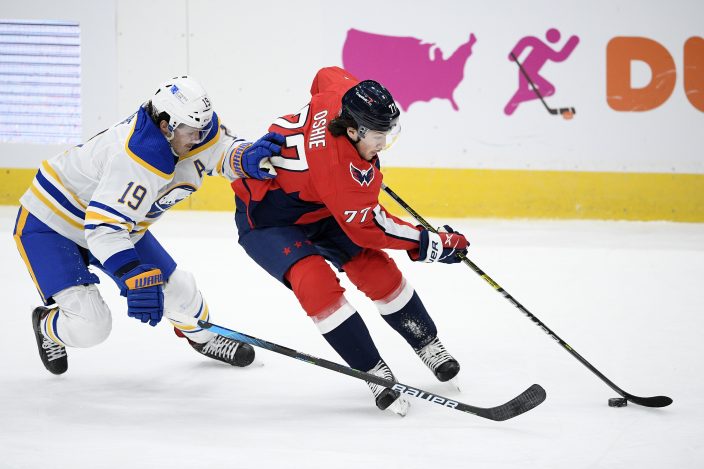 The Sabres sat Cozens two days after his big milestone with veteran Kyle Okposo ready to play for the first time this season. Casey Mittelstadt also got recalled from the taxi squad — where Cozens was sent for a day — to replace Tage Thompson.

“Just in the plan,” coach Ralph Krueger said. “We had mentioned preseason that we need to keep the taxi-squad players active and we need to watch the load on some of the other players. Dylan is one of them, so he has an opportunity to take a breath and watch the game.” 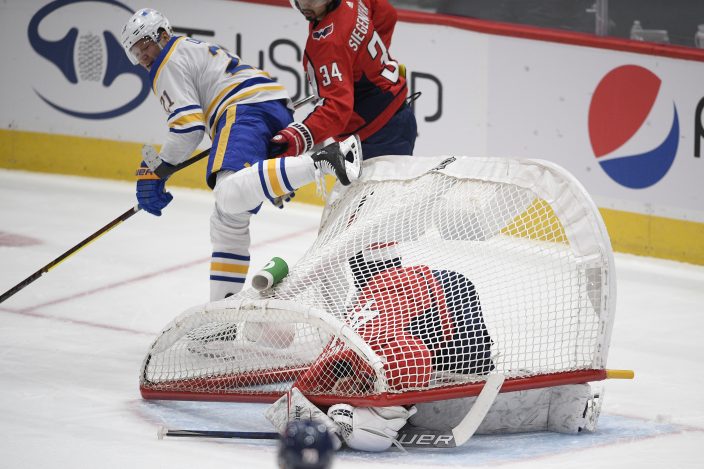 Sabres: Return home to face the New York Rangers on Tuesday for the first of two in a row and the start of a four-game homestand.

Capitals: Host former coach Barry Trotz’s New York Islanders on Tuesday in the first half of a two-game series. 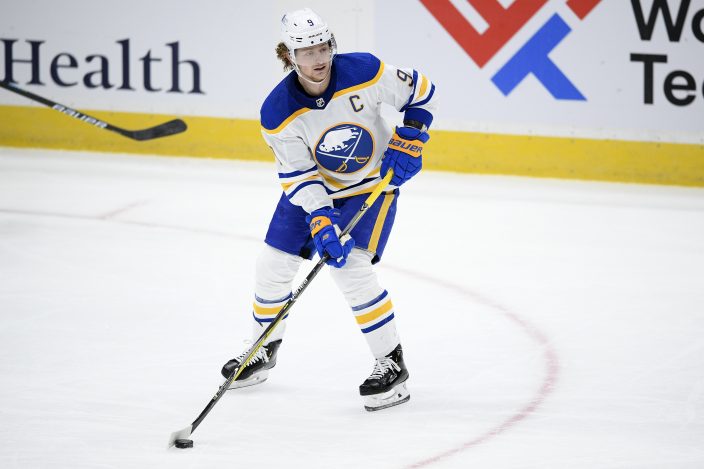 Buffalo Sabres center Jack Eichel (9) skates with the puck during the first period of an NHL hockey game against the Washington Capitals, Sunday, Jan. 24, 2021, in Washington. (AP PhotoNick Wass)