Ty Smith set up two first-period goals to become the sixth NHL rookie defenseman to get points in his first five games, leading the New Jersey Devils to an 2-0 victory over the New York Islanders on Sunday night.

Scott Wedgewood, who spent last season in the AHL, made 28 saves for his first NHL shutout since blanking the Devils in December 2017 for Arizona. The win was his first in an NHL game since February 2018.

Jack Hughes and Pavel Zajac scored two minutes apart late in the opening period as the Devils split their home-and-home series with the Islanders. 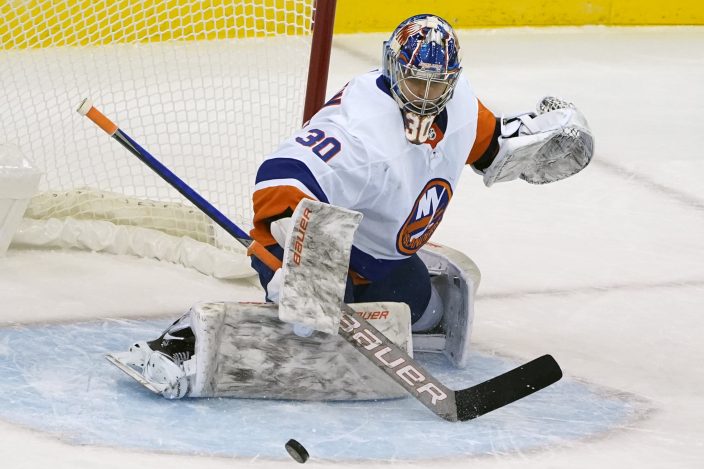 Wedgewood, who signed with the Devils as a free agent in the offseason, has started the last two games for New Jersey. No. 1 goalie Mackenzie Blackwood was placed on the COVID-19 list on Thursday, hours before the Islanders posted a 4-1 win over the Devils.

Wedgewood was at his best in the first period when he made six saves on the Islanders first power play.

Rookie Ilya Sorokin made 22 saves in his second career game. He started against the Rangers and the Islanders also were shut out. 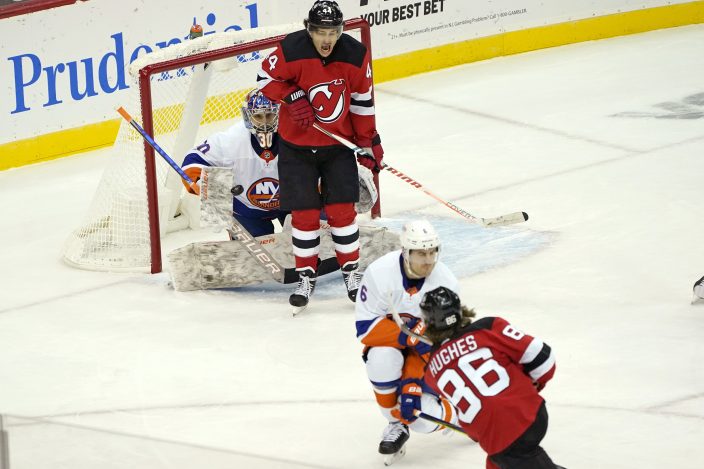 Hughes, who had seven goals last season after being picked first overall in the 2019 draft, got his third of the season with a power-play goal from the left circle at 17:00. Smith had the primary assist on a play Islanders penalty-killer Cal Clutterbuck broke his stick.

Zacha doubled the margin two minutes later, putting in the rebound of a Nikita Gusev shot past Sorokin. Smith had the second assist.

The last rookie defenseman to score in five straight games to start his career was Cale Makar of Colorado in 2019. 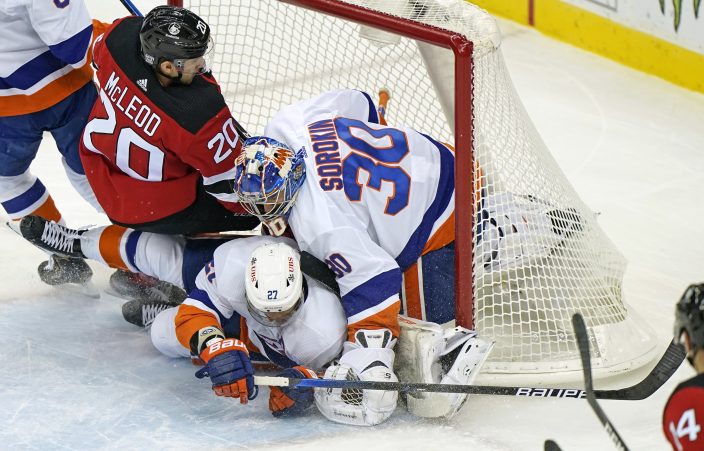 The Devils came into the game struggling on the power play and penalty kill. They were 1 of 11 with the extra man in their first four games and were 1 of 2 against the Islanders. After giving up six goals in 16 short-handed situations, New Jersey was perfect on two kills. The Devils recalled forward Nick Merkley from the taxi squad and loaned forward Jesper Boqvist to the taxi squad. Merkley played on a line with Gusev and Zacha. He was on the ice for the Zacha goal.

Islanders forward Anthony Beauvillier left the ice in the second period and played only 7:16.