The Wizards had their previous six games postponed because they did not have enough eligible players due to the league’s COVID-19 protocols. Washington was playing for the first time since Jan. 11, when it beat the visiting Phoenix Suns 128-107.

LaMarcus Aldridge added 15 points, Devin Vassell had 14 points and Keldon Johnson had 13 for San Antonio. Dejounte Murray, who missed the second half of Friday's loss to the Dallas Mavericks with a sprained left ankle, had 11 points, 11 rebounds and 10 assists for his second career triple-double. 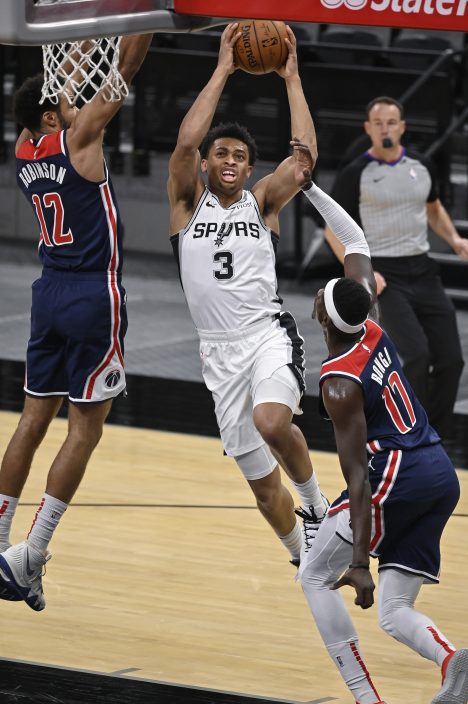 The Wizards still had six players ineligible, and Washington faded down the stretch as coach Scott Brooks primarily used an eight-man rotation.

The Wizards made their first three shots, including a pair of 3-pointers. Washington was 14 for 42 overall on 3-pointers, helping it stay with San Antonio through three quarters. But the Spurs outscored the Wizards by 12 points in the fourth. 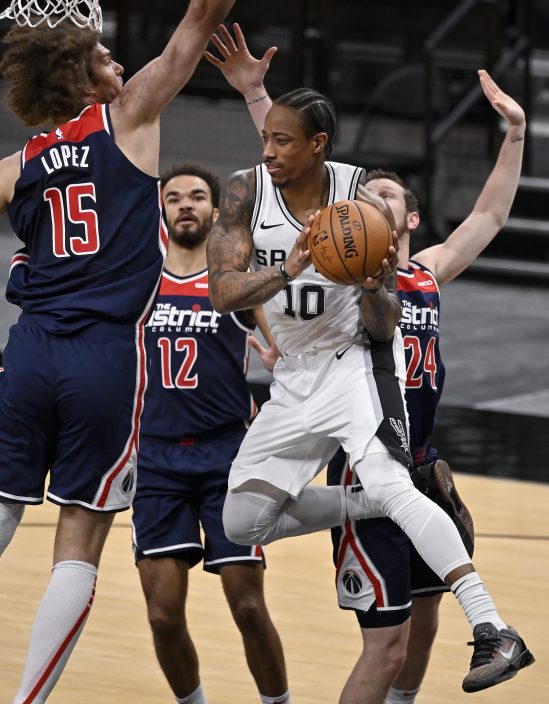 San Antonio Spurs' DeMar DeRozan (10) looks to pass as he is defended by Washington Wizards' Robin Lopez (15), Jerome Robinson (12) and Garrison Mathews during the first half of an NBA basketball game, Sunday, Jan. 24, 2021, in San Antonio. (AP PhotoDarren Abate)

San Antonio finished 15 for 31 on 3-pointers in securing its largest margin of victory this season. The Spurs remain unbeaten in seven games when they hold a double-digit lead.

Wizards: Point guard Cassius Winston was still wearing his medical mask upon entering the game for Westbrook in the first quarter. Someone from the bench yelled at Winston, who apparently forgot he had his mask on. He quickly took it off and tossed it toward the bench. ... Former Spurs forward Davis Bertans is among the six players who remain ineligible. 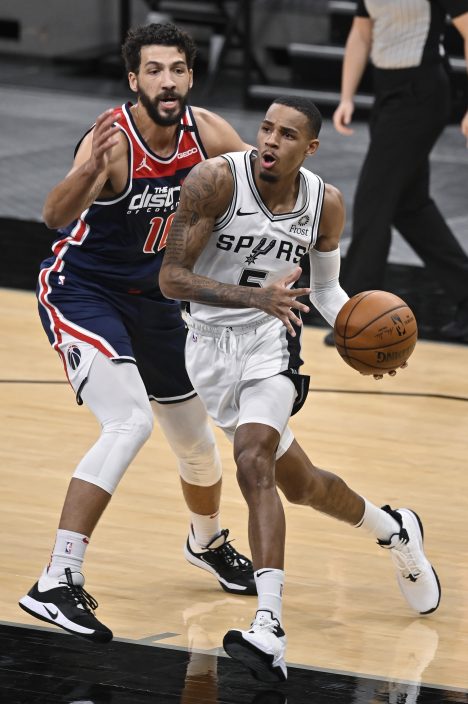 Spurs: Vassell is the first Spurs rookie with four or more 3-pointers in a game since Gary Neal in 2011. Vassell is also the sixth Spurs player with at least four 3-pointers in a game this season. Mills heads the list with four such games, followed by Walker with two. Vassell, Johnson, Aldridge and Rudy Gay each have one. ... Murray collected his 1,000th career rebound in 202 games with the Spurs. He has 21 games with 10-plus rebounds in four seasons.

Wizards: Continue a three-game trip Tuesday against the Houston Rockets. 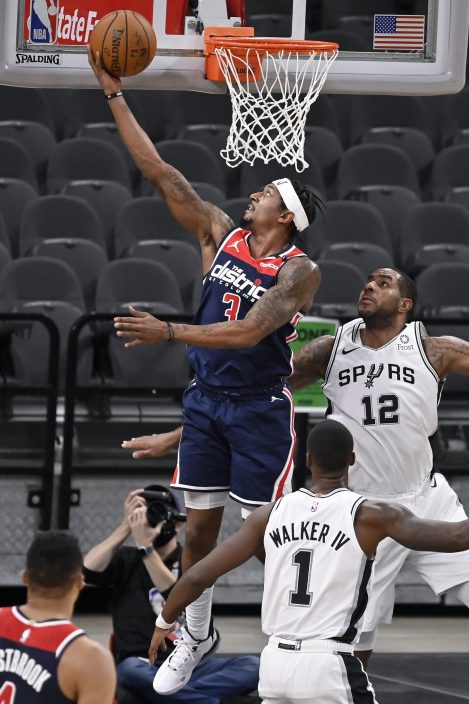 Lundqvist back on ice, 'months' away from dec ...