Jakob Silfverberg and Rickard Rakell scored and the Anaheim Ducks held on for a 3-1 win over the Colorado Avalanche on Sunday night.

Hampus Lindholm added an empty-net goal for the Ducks, who had not scored more than two goals in their first five games. John Gibson made 32 saves and improved to 2-0-2 in his last four starts.

Mikko Rantanen scored in a career-best fifth straight game, and Philipp Grubauer made 12 saves for the Avalanche. Colorado had been averaging 3.4 goals. 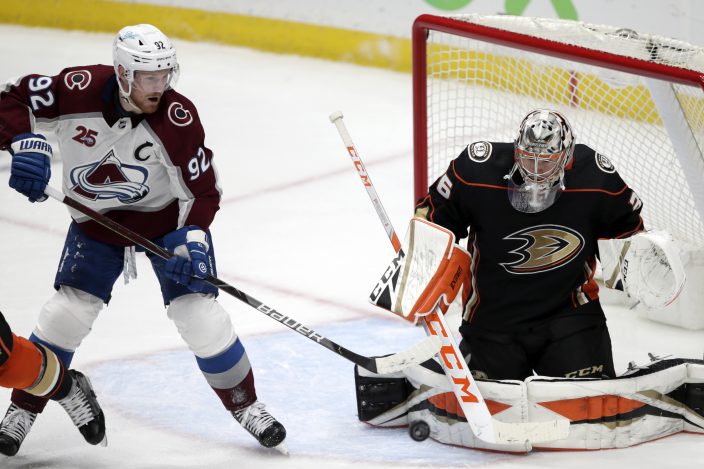 The Ducks jumped out to a lead in the first 58 seconds. Silfverberg scored his first goal on a wrist shot through traffic off a faceoff win by Adam Henrique, giving Anaheim its first lead in the first period this season.

Rakell make it 2-0 at 9:05 of the second, beating Grubauer to the glove side off a centering pass from Ryan Getzlaf.

Rantanen broke through at 14:46 of the third, scoring on a rebound. Lindholm scored with 1:40 remaining. 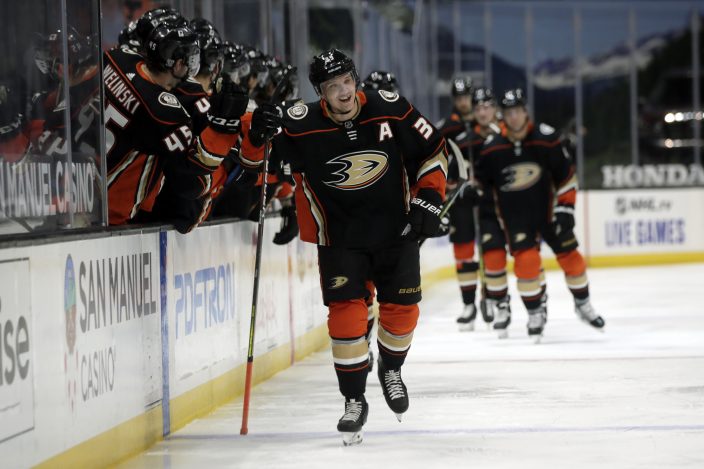 Rantanen has five goals and two assists in his last five games.

Avalanche forward Andre Burakovsky returned after missing three games because of a lower-body injury. He played 13:16 with a minus-1 rating and one shot.

J.T. Compher centered the Avalanche’s second line, while Nazem Kadri was demoted to the third line. Coach Jared Bednar had been critical of a lack of production from the Kadri-led second line throughout the four-game road trip, and his minus-2 performance in a 3-2 overtime win against the Ducks on Friday prompted Bednar to make a change. Swapping the centers wasn’t the only move Bednar made as Ryan Graves was a healthy scratch after posting a minus-5 through the first five games, the only Colorado defenseman with a negative plus-minus rating.

Good or great? D-backs confident Marte can be the latte ...