Anze Kopitar had a goal and two assists, Jonathan Quick made 28 saves and the Los Angeles Kings beat the St. Louis Blues 6-3 on Sunday night.

Alex Iafallo, Carl Gundstrom, Gabriel Vilardi, Lias Andersson and Drew Doughty each scored for the Kings as Los Angeles earned a split of its two-game set in St. Louis. Quick improved to 2-0-2. 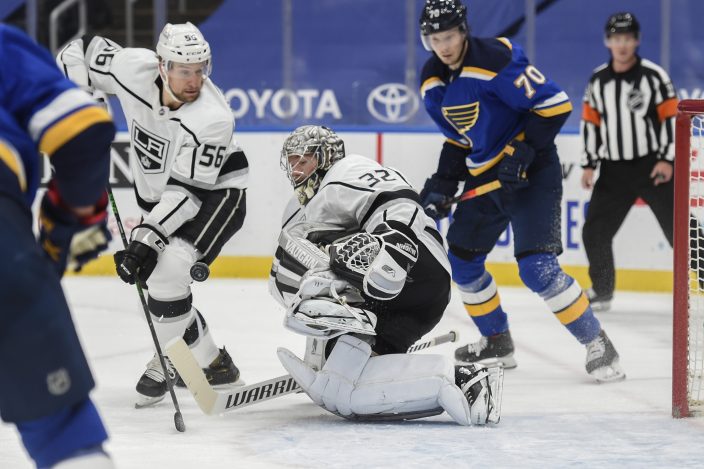 Los Angeles took the lead on a pair of goals just 23 seconds apart in the first period. With Torey Krug in the penalty box for hooking, Iafallo swatted a loose puck in the crease with 1:47 remaining in the opening period to tie it at 1.

Gundstrom put a move on Vince Dunn and faked Justin Faulk to his knees before beating Husso for his first goal of the season.

The Kings expanded the lead 6:25 into the second period when Dustin Brown picked off a pass from Dunn and setup Vilardi for his third goal of the season. 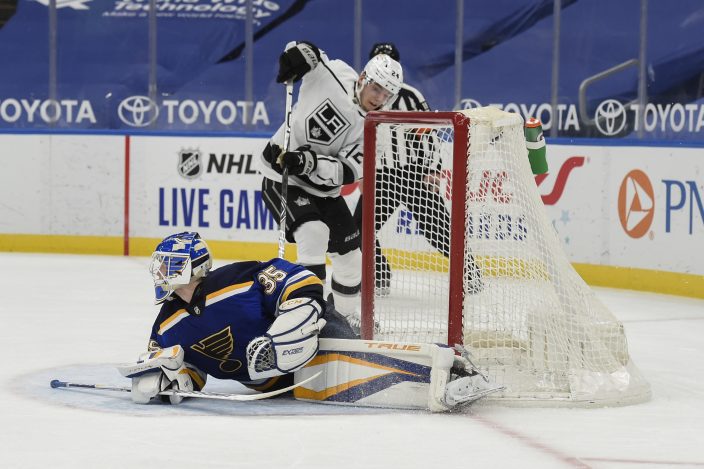 St. Louis went on the power play when Andersson was penalized for hooking with 4:52 remaining in the second. However, Kopitar setup Andersson streaking out of the box to make it 5-1.

Schenn put the Blues on the board on a cross-ice feed from Jordan Kyrou 14:26 into the first period. He added his fourth goal of the season 6:01 into the third period. 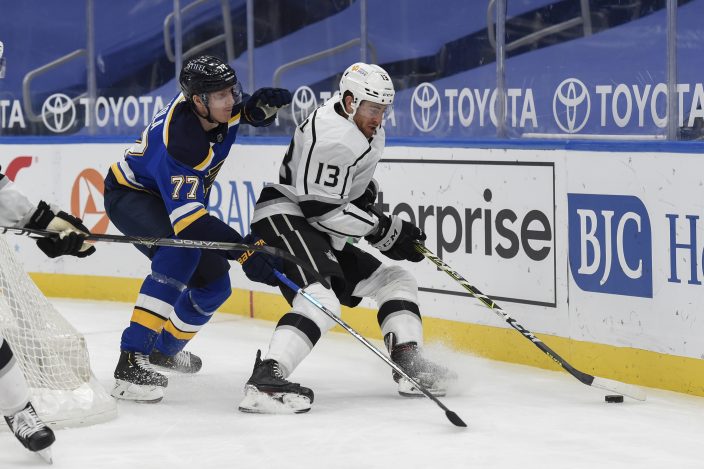 Ryan O’Reilly followed Schenn’s second tally with his first goal of the season 48 seconds later to cut the Kings lead to 5-3. 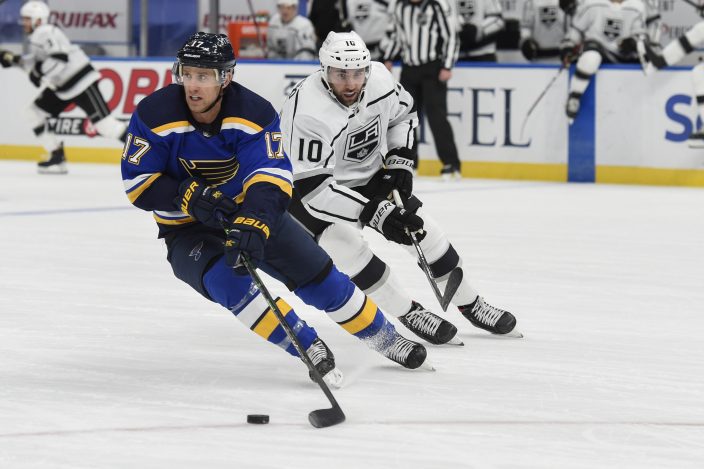 Quick appeared in his 648th career game to move past his goaltending coach, Bill Ranford, into a three-way tie for 39th on the NHL's career list.

St. Louis is 3-0-0 when outshooting its opponent but is 0-2-1 when being outshot. The Blues have been outscored 15-2 in the three defeats.

LEAVE IT TO THE CAPTAIN

Kopitar's three-point night gives him a point in four straight games. He has one goal and seven assists in that timeframe.