Josh Allen led the Buffalo Bills to their first AFC championship game in 27 years. He and the rest of the team will need to be better to take the next step.

In a season the Bills (15-4) busted numerous slumps by sweeping the New England Patriots for the first time since 1999, and claimed their first division title in 25 years, Allen and Co. came up well short in a 38-24 loss to Patrick Mahomes and the defending Super Bowl champion Kansas City Chiefs on Sunday night.

Buffalo’s bend-but-don’t-break defense wilted, squandering a 9-0 lead by giving up three touchdowns over the span of 10:04 in the second quarter. And Allen simply couldn’t keep up. 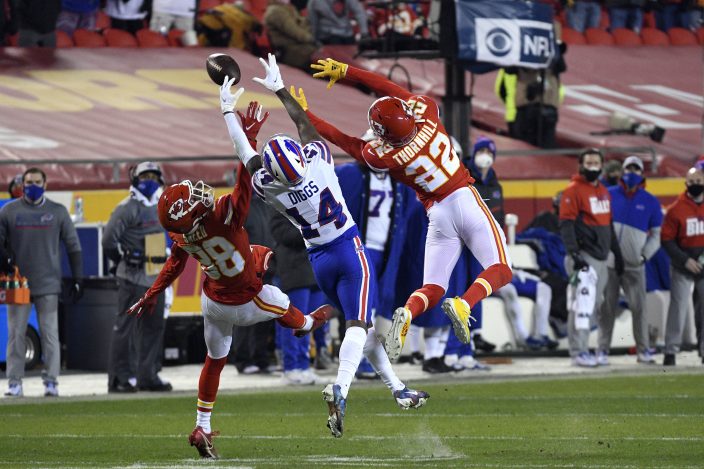 After scoring their first touchdown set up by Taiwan Jones recovering Mecole Hardman’s muffed punt at the Kansas City 3, Buffalo settled for field goals on three drives inside the Chiefs 35. The game was essentially over when Allen, facing second-and-10 at the Kansas City 20, was picked off by Rashad Fenton two minutes into the fourth quarter.

Allen finished 28 of 48 for 287 yards with two touchdowns and essentially was intercepted twice, one coming on a desperation 2-point attempt with 4:08 remaining.

The Bills were unable to solve the Chiefs twice this season. They were trampled in a 26-17 loss in Week 6 in a game rookie Clyde Edwards-Helaire had 161 yards rushing. 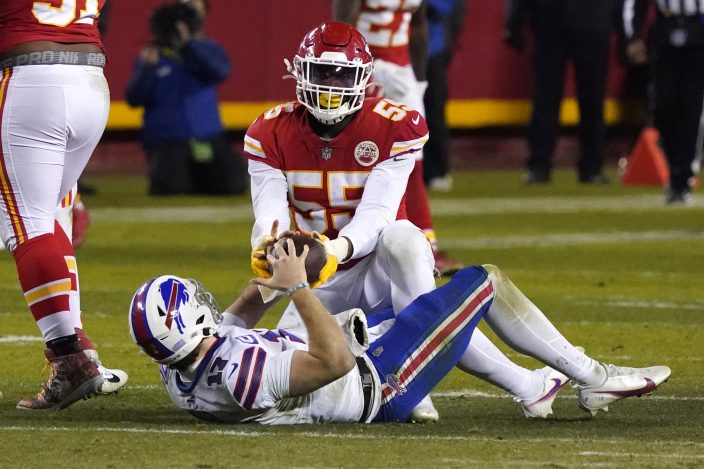 On Sunday, they were carved up by Mahomes, who finished 29 of 38 for 325 yards and three touchdowns. The Chiefs found their rhythm with Mahomes overseeing scoring drives on six consecutive possessions spanning the first half, not including a kneel-down to end the second quarter.

The Bills fell a win short of returning to the Super Bowl for the first time since their run of four straight appearances — and losses — ended in 1994.

On the bright side, the Bills made tremendous strides over last season, which ended with Buffalo squandering a 16-0 third-quarter lead in a wild-card playoff loss at Houston. Buffalo advanced to the championship game by beating the Colts 27-24, followed by a 17-3 win over Baltimore. 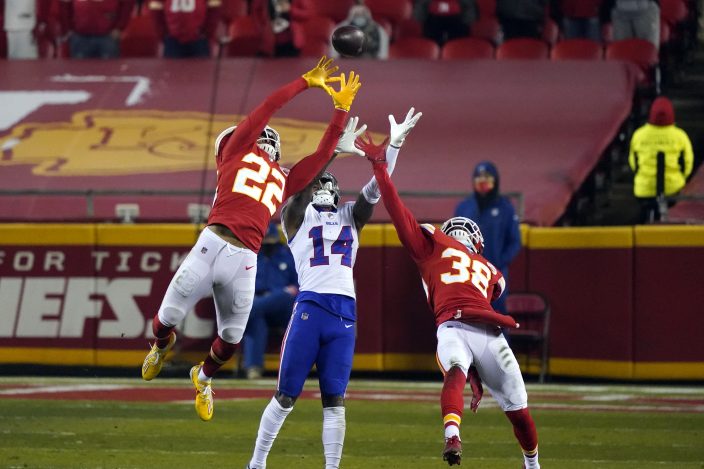 Buffalo matched a regular-season franchise record with 13 wins set in both 1990 and '91, and scored 501 points with Allen enjoying a breakout season. The third-year starter set numerous team passing and scoring marks in finishing with 4,544 yards passing, 37 TDs passing and 46 overall (including one receiving).

What’s more encouraging is the Bills have many of their core players on both sides of the ball under contract going into next season. Expectations are the team is being built for a lengthy run of success.

Pro Football Hall of Fame defensive end Bruce Smith made such a suggestion last week, telling The Associated Press that win or lose, this "is just the beginning” for his former team. 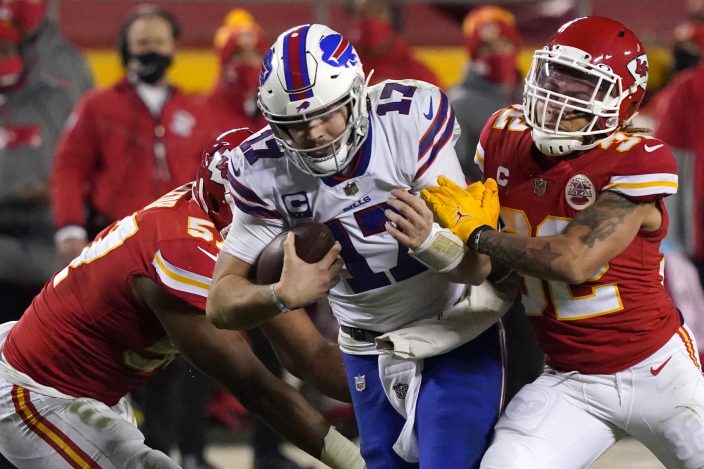