Damian Lillard had 39 points, including six 3-pointers, and the rested Portland Trail Blazers jumped out early against the New York Knicks on the way to a 116-113 victory on Sunday night.

Anfernee Simons added 16 points off the bench for the Blazers, who led by as many as 25 points before seeing their advantage slip away in the final quarter.

Immanuel Quickley scored 31 points off the bench and Julius Randle added 25 for the Knicks. 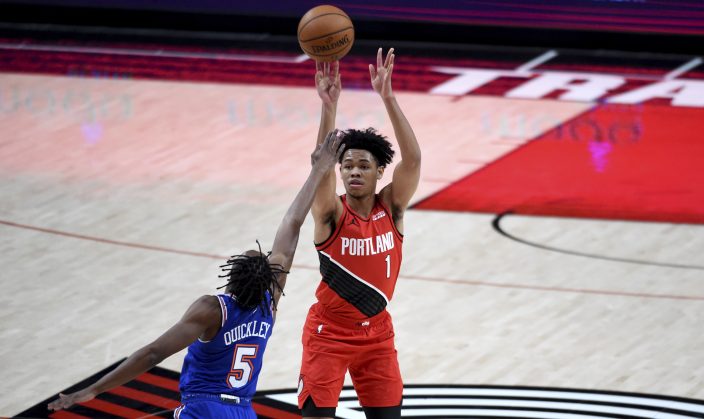 After Mitchell Robinson's dunk with 19 seconds left, former Knick Carmelo Anthony made a pair of free throws to extend Portland's lead to 112-106. 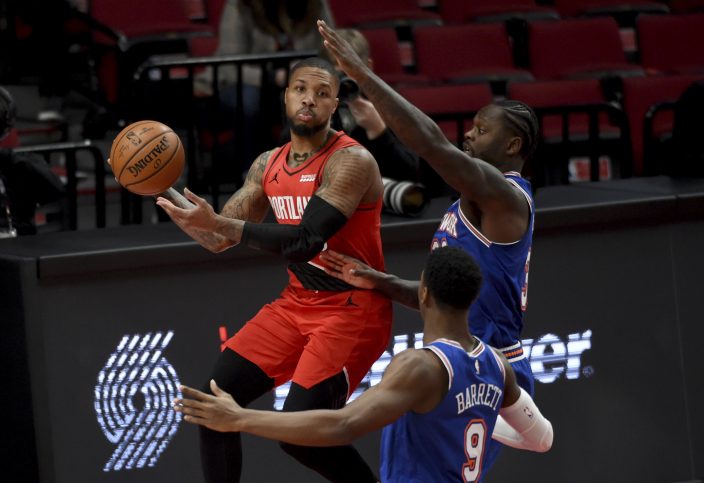 Quickley dished to Mitchell Robinson for an alley-oop dunk to narrow New York's deficit to 114-111 with 10 seconds left, but in the end, the Knicks couldn't catch up.

The Blazers (9-6) were still adjusting to the loss of guard CJ McCollum with a hairline fracture in his left foot. Rodney Hood started in McCollum's place for the second game. Portland was also without big man Jusuf Nurkic because of a right wrist fracture.

Despite being short-handed, the Blazers were well-rested after a pair of scheduled games last week against Memphis were postponed because of coronavirus protocol and contact tracing among the Grizzlies. 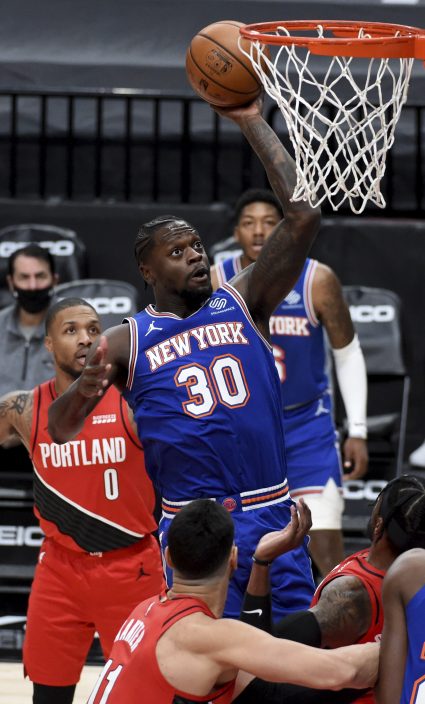 Portland's last game was a 125-104 loss to the San Antonio Spurs last Monday.

The Knicks (8-10) were without Reggie Bullock because of a sore neck. Frank Ntilikina, who has been out since Dec. 29 because of a sprained right knee, was available but did not play. Austin Rivers returned after missing two games with a sore right Achilles.

Lillard was hot at the start, scoring 10 points as the Blazers built an early 19-11 lead. Portland was up 37-24 after the opening quarter.

Portland led by as many as 22 points in the first half, going into the break with a 70-50 advantage. Lillard led all scorers with 18 points and was 3 for 3 from 3-point range — passing Chauncy Billups for 16th on the all-time list for made 3s.

The Knicks rallied in the third quarter, pulling within 82-69 on RJ Barrett's layup. They outscored Portland 27-19 and went into the final period trailing 89-77.

Knicks: It was the third of a four-game trip. ... The Knicks went into the game with the league's second-best defensive rating. ... New York was coming off a 103-94 loss at Sacramento on Friday. ... Randle fouled out with 16.6 seconds left.

Trail Blazers: Damian Lillard announced on Instagram that he and his fiancee welcomed twins on Thursday. He wrote “Just call me Daddy Dame from now on.”

The Knicks visit the Utah Jazz on Tuesday.

The Trail Blazers host the Oklahoma City Thunder on Monday.