Thousands of elderly Germans faced online error messages and jammed up hotlines Monday as technical problems marred the start of the coronavirus vaccine campaign for over-80s in the country's most populous state.

North Rhine-Westphalia state, whose population of almost 18 million is bigger than those of many European countries, began administering shots to nursing home residents and staff last month.

But people over 80 who are still living at their homes have been left waiting for appointments to get their first shots at vast vaccine centers, and many will likely have to wait even longer. 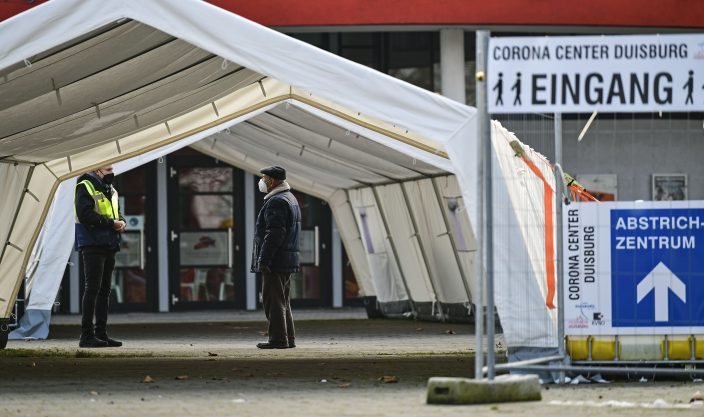 An older man with a face mask is asking for informations at the Corona Center in Duisburg, Germany, Monday, Jan. 25, 2021. The former Musical theater has been turned into a COVID-19 test and vaccination center. Vaccinations outside care homes and hospitals are delayed. (AP PhotoMartin Meissner)

“Due to heightened demand, it's currently not possible to book a vaccination appointment,” the website of the regional doctors' association, which is organizing the system, informed users Monday. “We're working hard to restore the online booking service again. Please try again later.”

North Rhine-Westphalia, an industrial powerhouse that is home to cities such as Cologne, Duesseldorf and Dortmund, currently languishes far down the per capita vaccine league tables in Germany, with about 1.6% of the population having received their first shot. 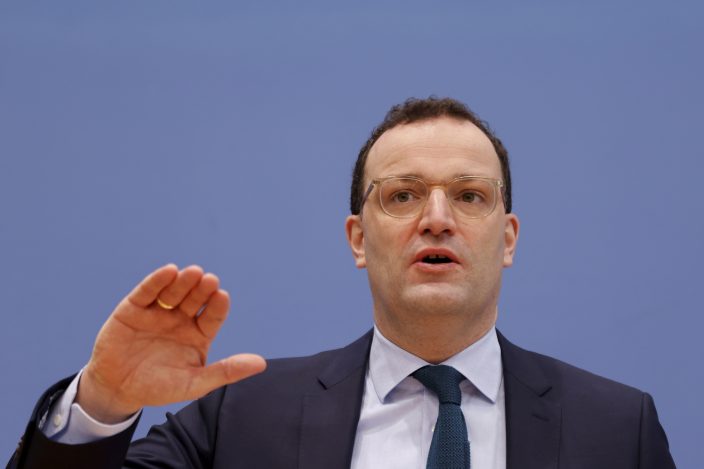 Hospital staff in the western German state, which borders with Belgium and the Netherlands, had already complained bitterly that they hadn't been offered the excess doses left over from vaccine drives at nursing homes.

Germany's federal government has sought to distance itself from problems with the vaccine rollout, saying it's the responsibility of individual states to organize those efforts on the ground. 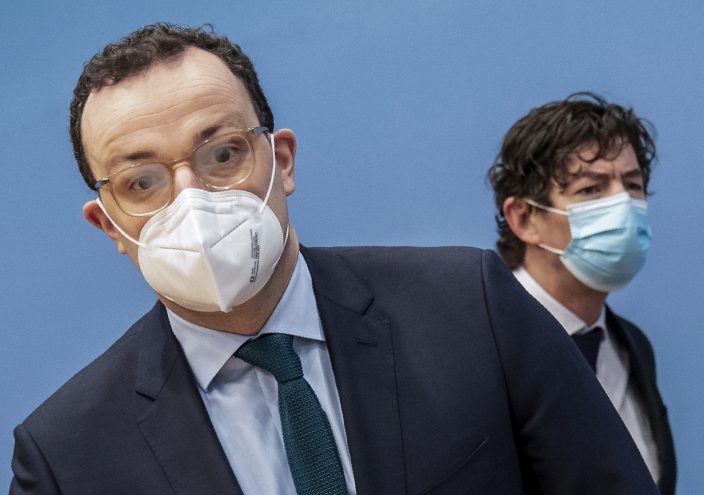 Jens Spahn, left, Federal Minister of Health, and Christian Drosten, Director of the Institute of Virology, Charité Berlin, arrive for a press conference on the current situation in the Corona pandemic in Berlin, Germany, Friday, Jan.22, 2021. (Michael Kappelerdpa Pool via AP)