Damian Lillard, who had scored 30 or more points in his last three games, had 26 points and 10 assists for the Blazers. Anfernee Simons had 26 points off the bench and Enes Kanter added 13 points and 22 rebounds.

After Portland pulled close in the third quarter, Hamidou Diallo's floater from out front put the Thunder up 105-98 with just over eight minutes left in the game. 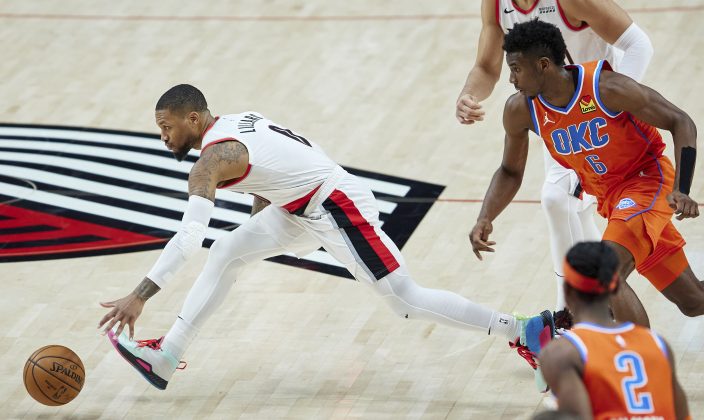 Diallo's layup extended Oklahoma City's lead to 111-100. Carmelo Anthony's 3-pointer got Portland within 117-111 with 3:25 left, but Darius Bazley answered with a 3 for the Thunder.

Both teams were playing the second of back-to-backs. The Thunder fell 108-100 to the Los Angeles Clippers on Sunday, while the Trail Blazers downed the New York Knicks 116-113. 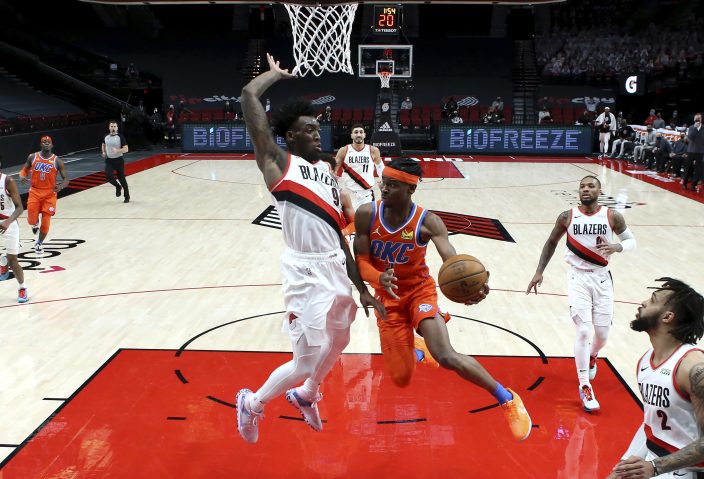 The Thunder continue to miss Al Horford, who has been out since the birth of his daughter on Jan. 15. The team was also without George Hill, who sprained his right thumb and is day-to-day. Theo Maledon started in Hill's place.

Portland was without Robert Covington because of a concussion. The Blazers were already missing starters CJ McCollum and Jusuf Nurkic because of injuries.

Luguentz Dort's driving layup put the Thunder up 32-15 in the opening quarter. The Blazers responded with a 17-2 run to pull within 34-32 after Simons' floater. 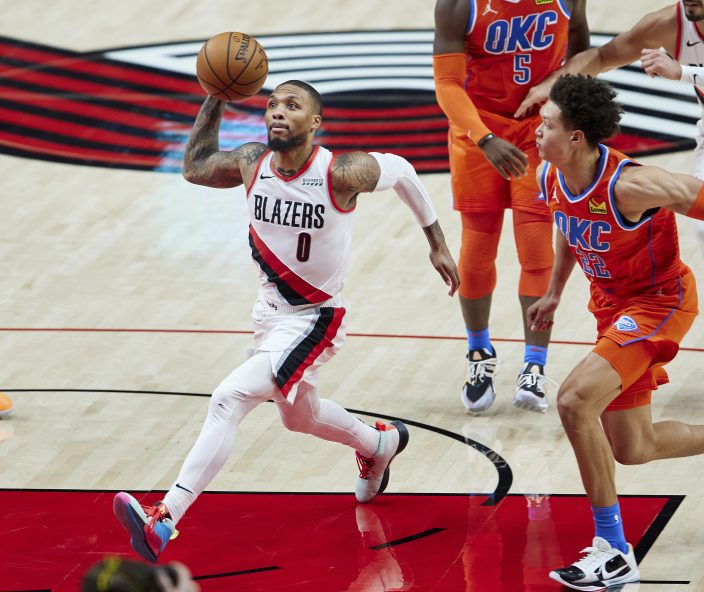 Muscala's 3-pointer stretched Oklahoma City's lead to 55-43 midway through the second quarter. Trent made a 3-pointer at the buzzer to pull Portland within 69-60 at the break.

Lillard opened the second half with a 3-pointer before Trent's 3 tied the game at 72, but the Blazers could not pull in front.

The Thunder led 94-91 going into the final quarter. Anthony's jumper briefly gave the Blazers a 95-94 lead, but it was short-lived.

Thunder: It was the fourth of a five-game trip. .... It was the first of three games between the Thunder and the Blazers. Last season, the teams split 2-2. ... Muscala's 3-pointer early in the game was the 300th of his career.

Trail Blazers: Lillard made a franchise record 67 straight free throws, a streak that ended against the Thunder when he missed one in the opening quarter.

GOTTA BE THE SHOES?

Adidas is releasing a special shoe commemorating Lillard's 50-point performance against the Thunder in the 2019 NBA playoffs. Lillard hit a buzzer-beating 3-pointer that won the game and clinched the series over Oklahoma City in five games.

Photos of the new shoe — which features Thunder colors — were revealed on social media ahead on Monday night's game. Lillard hinted he wasn't trolling Oklahoma City and that Adidas was creating shoes to recognize all its players that have 50-point games.

“I think I’ve had other games to choose from,” he said. “I’m ready to let that moment go, so that’s why I think I would have liked it to be a different game, because I don’t want it to come off as I’m just living in the moment from two years ago. Obviously it was a big moment, but it is what it is.”

The Thunder wrap up their road trip against the Phoenix Suns on Wednesday.

The Trail Blazers visit the Houston Rockets on Thursday.

Hundreds of Kosovar women on Monda ...