The Italian government pushed through a last-minute decree Tuesday providing more autonomy for the country’s Olympic committee in an effort to prevent the team from being suspended for the Tokyo Games.

It was one of the final acts of Giuseppe Conte’s government before the premier headed to the presidential palace to offer his resignation amid an unrelated political crisis.

The International Olympic Committee’s executive board had on its agenda Wednesday whether to impose a humiliating probation on Italy because of a two-year domestic dispute that it said amounted to government interference. 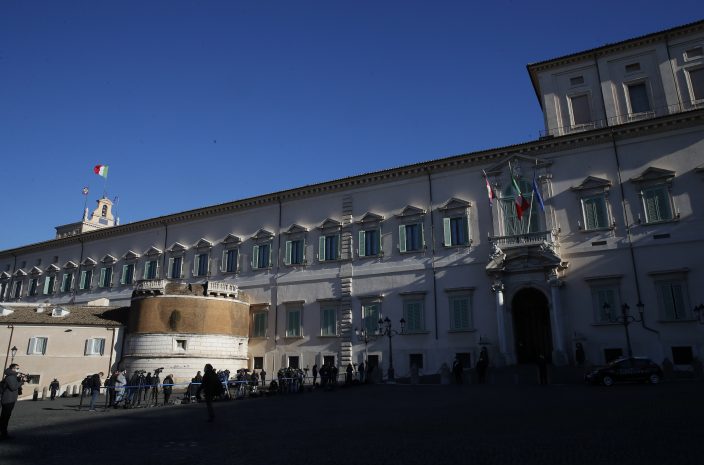 Reporters stand at the entrance of the Rome's Quirinale Presidential Palace, Tuesday, Jan. 26, 2021. Premier Giuseppe Conte was meeting Tuesday, with his cabinet before heading to the presidential palace to offer his resignation after a key coalition ally pulled his party's support over Conte's handling of the coronavirus pandemic. (AP PhotoAlessandra Tarantino)

After the decree was approved, Italian Olympic Committee president Giovanni Malagò immediately called IOC president Thomas Bach and both parties expressed their “satisfaction” over the development.

The IOC had taken issue with the Italian government’s formation of an organization, “Sport e Salute,” that was created at the start of 2019 to run the country’s sports finances. The money was previously controlled by an arm of the country's Olympic committee, which is known as CONI.

“Considering the long and glorious sporting and democratic history of our country it was improbable that Italy would be sanctioned," Spadafora added. "But today’s decision removes every doubt and resolves the issue of CONI’s independence.”

The decree should give CONI more control over its employees and training centers.