Inter Milan coach Antonio Conte was suspended for two matches on Tuesday following a clash with referee Fabio Maresca over the weekend.

Conte was sent off in stoppage time for protesting at the end of Saturday’s 0-0 draw at Udinese.

There was a further altercation in the tunnel and the league’s sporting judge report states that Conte confronted Maresca “in a threatening manner, shouting a seriously offensive expression at him.” 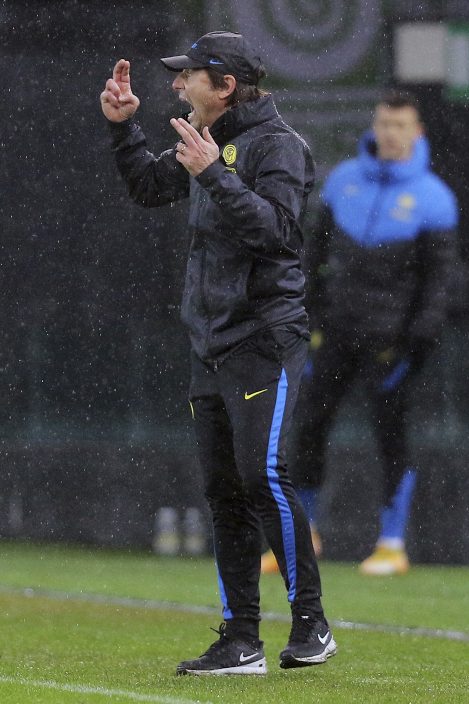 Inter coach Antonio Conte shouts during the Serie A soccer match between Udinese and Inter Milan, at the Dacia Arena in Udine, Italy, Saturday, Jan. 23, 2021. (Gianpaolo ScognamiglioLaPresse via AP)

Conte, who has also been fined 20,000 euros ($24,000), will miss upcoming league matches against Benevento and Fiorentina.

Inter is second in Serie A, two points behind city rival AC Milan.

Team manager Gabriele Oriali was suspended for one match and fined 5,000 euros ($6,000) for his part in the protests. He approached Maresca at the end of the match on the field “shouting disrespectful expressions at him.”

Conte evasive on Inter future ahead of Europa League final