Jane Fonda cemented herself into Hollywood allure as a chameleonlike actor and social activist, and now the Golden Globes will honor her illustrious career with its highest honor.

Fonda will receive the Cecil B. DeMille Award during the 78th annual awards ceremony on Feb. 28, the Hollywood Foreign Press Association announced Tuesday. A member of one of America's most distinguished acting families, Fonda has captivated and inspired fans along with critics in such films as “Klute” and “Coming Home.”

Fonda, the daughter of Oscar winner Henry Fonda and sister of Peter Fonda, made an impact off-screen by creating organizations to support women’s equality and prevent teen pregnancy and improve adolescent health. She released a workout video in 1982 and was active on behalf of liberal political causes. 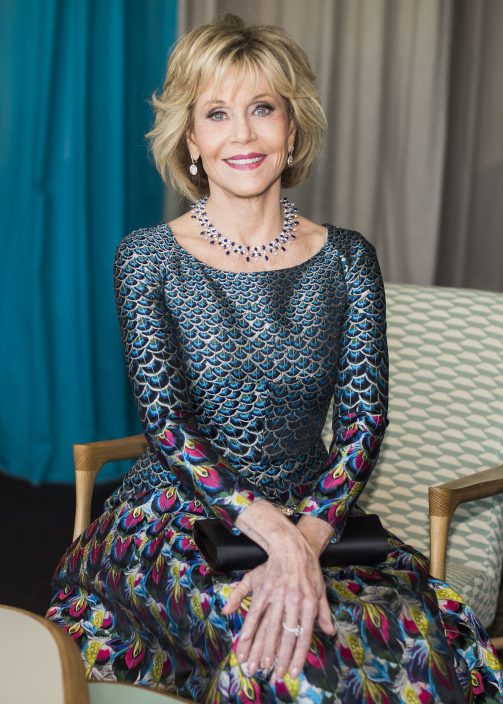 FILE - Actress Jane Fonda appears at the 71st international film festival in Cannes, southern France, on May 12, 2018. The Golden Globes will bestow the Cecil B. DeMille Award to Fonda during the 78th annual awards show next month. (Photo by Arthur MolaInvisionAP, File)

“Her undeniable talent has gained her the highest level of recognition,” Star said of Fonda. “While her professional life has taken many turns, her unwavering commitment to evoking change has remained.”

The DeMille Award is given annually to an “individual who has made an incredible impact on the world of entertainment.” 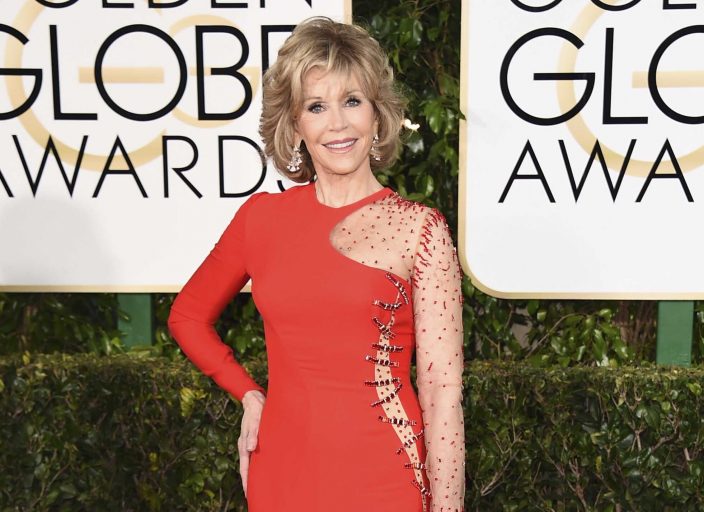 FILE - Jane Fonda arrives at the 72nd annual Golden Globe Awards in Beverly Hills, Calif., on Jan. 11, 2015. The Golden Globes will bestow the Cecil B. DeMille Award to Fonda during the 78th annual awards show next month. (Photo by Jordan StraussInvisionAP, File)

Nominations for the upcoming Globes show are scheduled to be announced Feb. 3.

Fonda, 83, has been nominated for five Academy Awards and won two for the thriller “Klute” and the compassionate anti-war drama “Coming Home.” She had other prominent films including “The China Syndrome,” “The Electric Horseman” with Robert Redford, and “9 to 5” with Lily Tomlin and Dolly Parton. She stars in the Netflix television series “Grace & Frankie.” 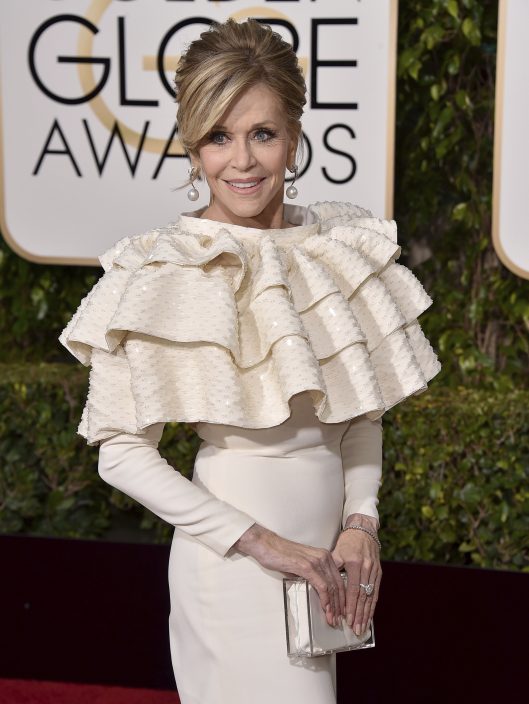 Fonda gained notoriety in the the 1970s when she traveled to North Vietnam during the height of the anti-Vietnam War protests and posed for photos next to an anti-aircraft gun. She fell under hefty criticism for her decision — one she repeatedly apologized for — to pose in the photo that gave her the nickname “Hanoi Jane.”

In 2014, Fonda was given a lifetime achievement award by the American Film Institute. She launched IndieCollect’s Jane Fonda Fund for Women Directors, an organization aimed to support the restoration of films helmed by women from around the world.

Fonda was arrested at the U.S. Capitol while peacefully protesting climate change in 2019, an action dubbed Fire Drill Fridays.

For her 80th birthday, Fonda raised $1 million for each her nonprofits, the Georgia Campaign for Adolescent Power & Potential and the Women’s Media Center. She also serves on the board of directors and made $1 million donation to Donor Direct Action, an organization that supports front-line women’s organizations to promote women’s equality.

Fonda’s book, “What Can I Do? My Path from Climate Despair to Action,” released last year, details her personal journey with Fire Drill Fridays.