Investigators have found no evidence that terrorism, politics or any bias motivated a driver who repeatedly drove into people along streets and sidewalks in Portland, Oregon, killing one and injuring nine others, police said Tuesday.

The driver, whose name has not been released, was hospitalized and was expected to be booked into jail afterward, the Portland Police Bureau said in a news release. Police didn't give the man's condition or say why he is in a hospital.

He's accused of hitting an elderly woman who was dragged beneath the wheels of a small SUV, then trying to run away. But neighbors surrounded him until police arrived and took him into custody. The woman later died. 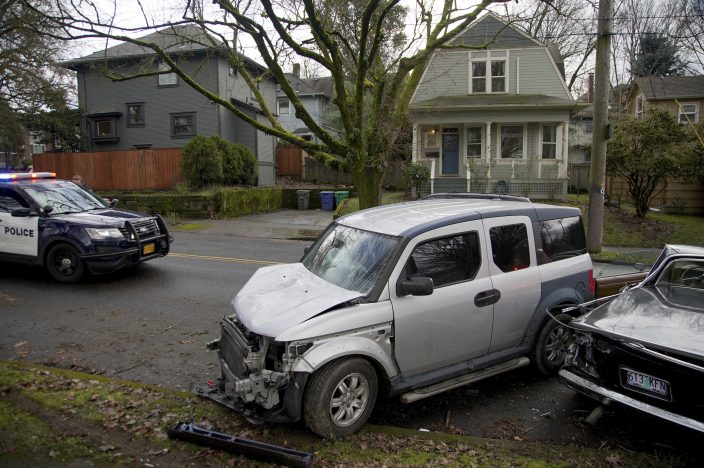 Wrecked vehicles are seen after a driver struck and injured at least five people over a 20-block stretch of Southeast Portland, Ore., before crashing and fleeing on Monday, Jan. 25, 2021, according to witnesses. (Beth NakamuraThe Oregonian via AP)

Additional calls came in from people saying someone driving the same vehicle, a Honda Element, was striking other people and vehicles over a 15-block span, at times reaching speeds of 50 to 60 mph, Carmon said. 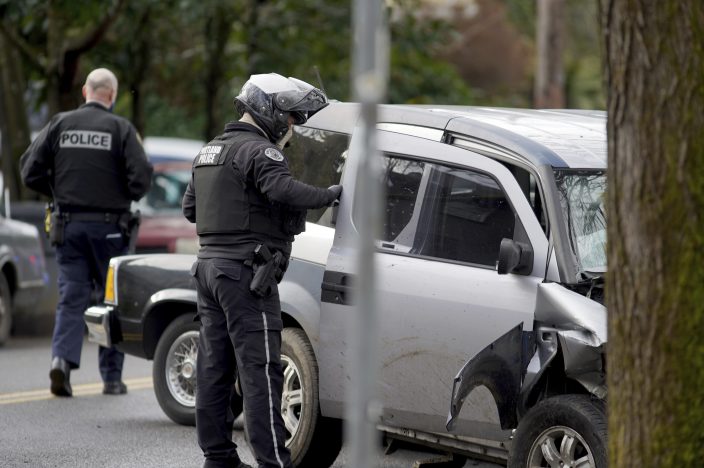 Police investigate after a driver struck and injured at least five people over a 20-block stretch of Southeast Portland, Ore., before crashing and fleeing on Monday, Jan. 25, 2021, according to witnesses. (Beth NakamuraThe Oregonian via AP)

The woman died at a hospital hours after being struck, and nine others, which included pedestrians and cyclists, suffered minor injuries and were recovering, police said.

Larry Wolfe told The Oregonian/OregonLive that he had an appointment to meet the person who was killed, a woman in her 70s. He said he saw her get hit by the car and scream and that he was walking toward her when the car came back, hit her again, did a U-turn and dragged her along the pavement.

After continuing to drive recklessly and hitting other people, the driver eventually crashed a final time, ran away and a group of people corralled him until police arrived, Carmon said.

Police said the name of the woman who was killed would be released later Tuesday.

An inquiry into claims that the Eu ...