Manchester City moved to the top of the Premier League for the first time this season after thrashing West Bromwich Albion 5-0 on Tuesday.

The in-form Ilkay Gundogan scored twice while Joao Cancelo, Riyad Mahrez and Raheem Sterling also netted for City in an inspired attacking display at The Hawthorns.

City climbed a point above Manchester United — which can reclaim first place by beating Sheffield United on Wednesday — after an 11th straight victory in all competitions and seventh in a row in the league. 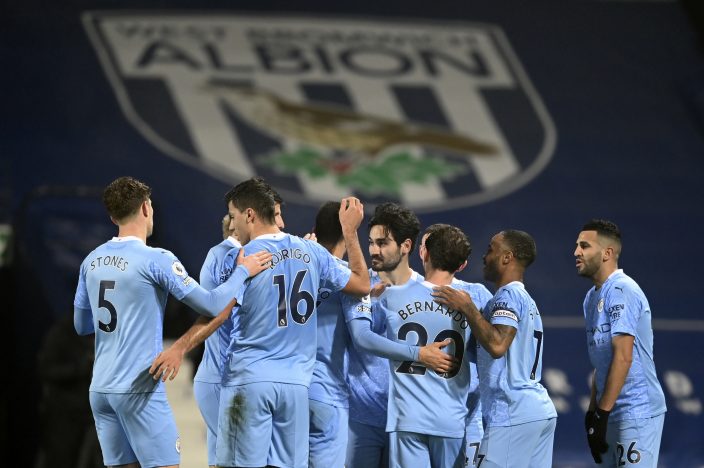 It is City's longest winning run for more than three years and it sent an ominous message to the team's title rivals, even with Kevin De Bruyne's absence through injury.

In contrast, West Brom has now lost its last five top-flight home games — its worst run at The Hawthorns in the Premier League in 17 years — while conceding 22 goals in the process.

West Brom remain second from bottom and six points from safety, with recently hired manager Sam Allardyce yet to see his side score at home, having overseen an overall score line of 0-17 in those four matches. 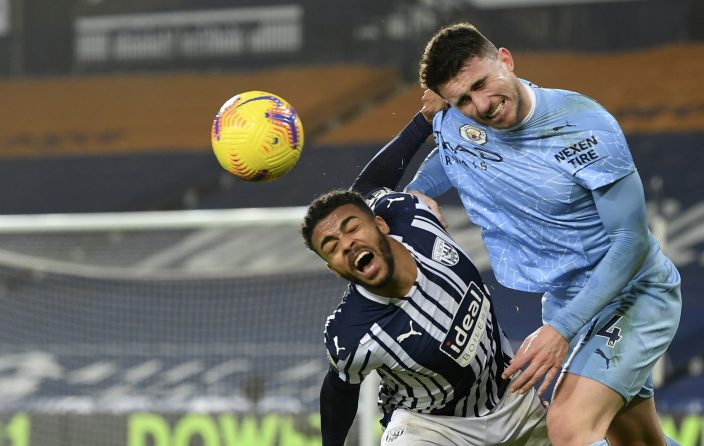 West Brom actually started well enough before Phil Foden, making his 100th appearance for City, forced Sam Johnstone to turn his low drive onto the post after a quick break.

It was the early warning before City grabbed the lead after six minutes thanks to Gundogan’s sixth goal in 10 games.

Cancelo’s searching pass was expertly collected by the midfielder and he turned before curling a fine effort into the bottom corner from 20 yards.

It was the cue for City to take control, and Cancelo and Mahrez fired over.

West Brom had to keep its nerve but controversially went 2-0 down after 20 minutes. Bernardo Silva teed up Cancelo but had been flagged offside — with some of the home defense stopping before Cancelo curled into the top corner from the edge of the area.

There was no way back for the Baggies, and City made it 3-0 after half an hour.

Albion failed to clear on the edge of the box, allowing Gundogan to turn Dara O’Shea and fire past Johnstone.

City added a fourth in first-half stoppage time when Sterling picked out Mahrez in the box and the winger was allowed to check inside before sweeping a finish past Johnstone.

City’s domination continued after the break, with Rodri’s 25-yard drive clipping the bar, and a fifth goal arrived after 57 minutes.

This time, Mahrez returned the favor for Sterling, steering Rodri’s lofted pass across for the England forward to net his ninth goal of the season from close range.

City continued to toy with the hosts but failed to find another goal, with Johnstone gathering from Cancelo in stoppage time.

As many people in the southern U.S ...