Arsenal came from behind to win for the first time in a Premier League game this season, beating Southampton 3-1 to move within five points of the top four on Tuesday.

The Gunners saw their defense of the FA Cup end with a fourth-round loss at St Mary’s on Saturday but they returned three days later to exact a measure of revenge.

Southampton looked on course to see off the visitors once more as Stuart Armstrong fired the team ahead with a third-minute volley. 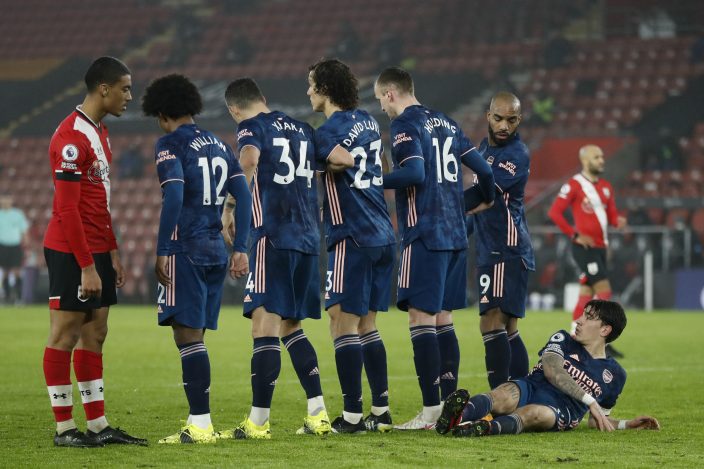 Arsenal's Hector Bellerin lies down behind a defensive wall before a Southampton free kick during an English Premier League soccer match between Southampton and Arsenal at the St Mary's stadium in Southampton, England, Tuesday Jan. 26, 2021. (AP PhotoFrank Augstein, Pool)

But Arsenal was ahead by halftime as Nicolas Pepe and Bukayo Saka scored, with Alexandre Lacazette making sure of the points with a third in the 72nd.

The win moves Mikel Arteta’s side above Southampton and up to eighth in the standings, just five points behind London rival West Ham, which occupies fourth place after a win at Crystal Palace earlier Tuesday.

Arteta was still unable to call on captain Pierre-Emerick Aubameyang, who remains absent due to a personal matter, but he made five changes from Saturday as Saka and Lacazette scored on their recalls. 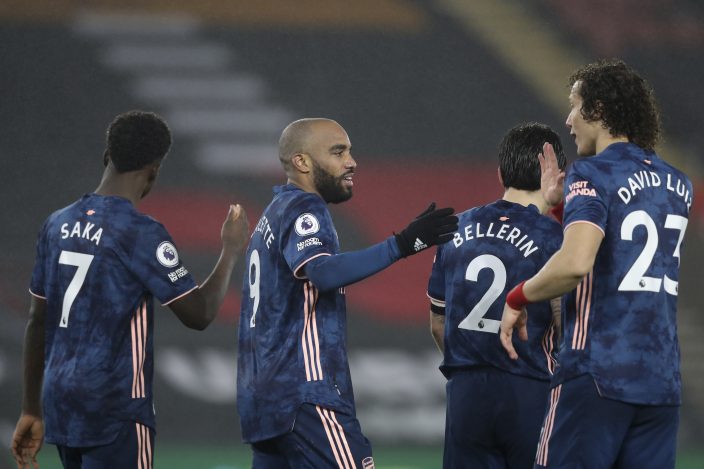 Lacazette should have opened the scoring inside 50 seconds but could not beat Alex McCarthy in the Southampton goal, having been played in by Granit Xhaka.

Instead, Saints hit the front from a well-worked corner as James Ward-Prowse crossed in for an unmarked Armstrong to convert a superb finish.

The visitors did not allow their heads to drop and were level soon after. Pepe — who had let Armstrong run off him to score — made amends by collecting another good pass from Xhaka and holding off his man to score. 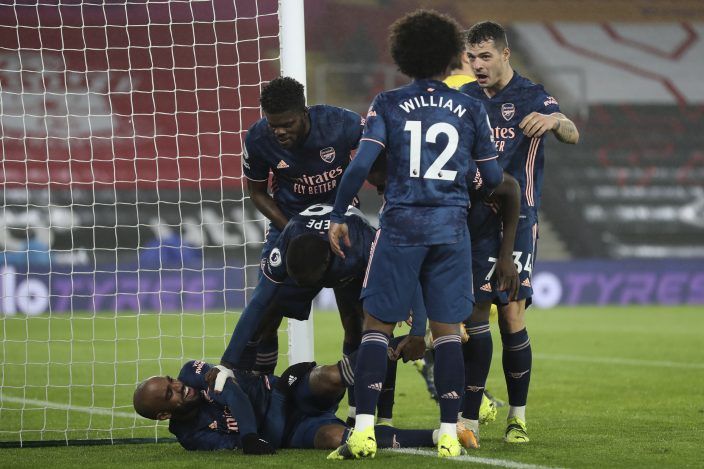 With both sides looking to take the lead, Arsenal goalkeeper Bernd Leno made a fine stop to keep out a header from Che Adams.

It was Arsenal which led at the break as Lacazette slipped a ball through to Saka, who rounded the onrushing McCarthy with ease and showed good composure to slot in his fifth of the season.

The England international then set up the third, latching onto a crossfield pass from Cedric Soares and crossing for Lacazette to tap in.

The win is Arsenal’s fifth in its last six Premier League games following the turnaround in form which started with a Dec. 26 victory over Chelsea.

Southampton slipped to 11th place and has now won just one of its last seven in the league following a fine start to the campaign when it was top at one stage.