The Senate’s longest-serving member, 80-year-old Vermont Democrat Patrick Leahy, was taken to a hospital Tuesday evening for observation after not feeling well, a spokesman said.

Leahy was taken there for observation “out of an abundance of caution" after being examined by Congress' attending physician, said Leahy spokesman David Carle.

Hours earlier, Leahy commenced his role of presiding over the Senate impeachment trial of former President Donald Trump by swearing in his fellow lawmakers. The actual trial will begin next month. 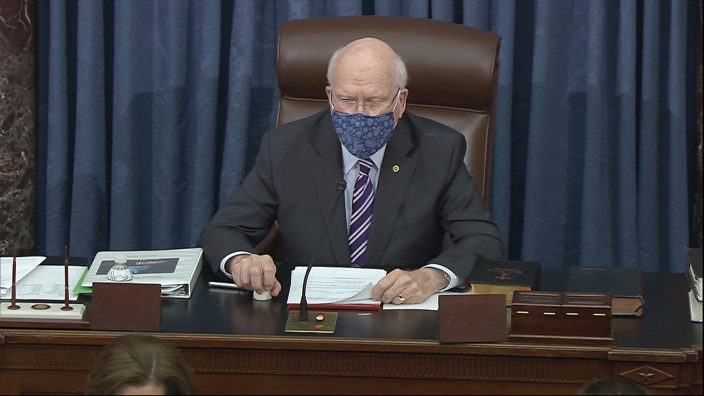 In this image from video, Sen. Patrick Leahy, D-Vt., the president pro tempore of the Senate, presides over the impeachment trial of former President Donald Trump in the Senate at the U.S. Capitol in Washington, Tuesday, Jan. 26, 2021. (Senate Television via AP)

Leahy is presiding because he is the Senate's president pro tempore, a largely ceremonial post. Chief Justice John Roberts presided over Trump's first impeachment trial a year ago when Trump was still president.

The Senate president pro tempore job normally goes to the longest-serving senator of the Senate's majority party. Leahy was first elected in 1974.

Carle's statement did not name the hospital to which Leahy was taken or provide further detail about his condition.

An inquiry into claims that the Eu ...