Matthew Wade has been cut from Australia’s test squad for the scheduled tour to South Africa.

While the 33-year-old wicketkeeper-batsman didn’t make the 19-player list for South Africa, though, he was picked as vice-captain of an 18-player squad that is set to play New Zealand in a series of Twenty20 matches.

The tours are expected to be held concurrently in March, although there hasn’t been confirmation of the schedule for test series. 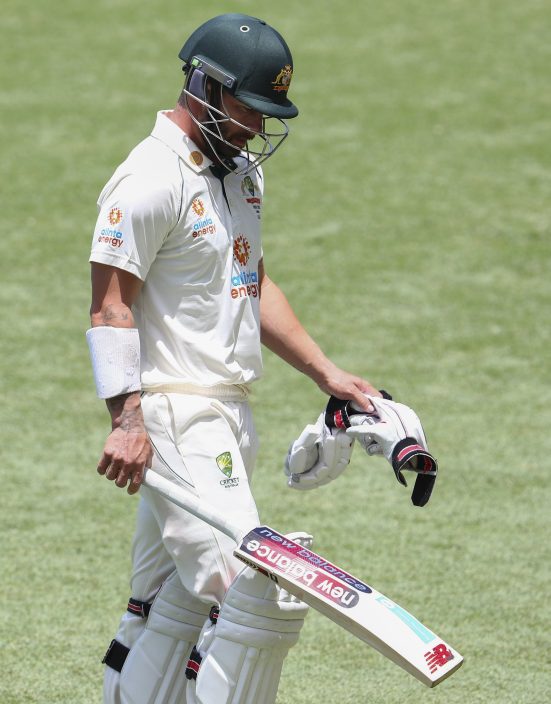 Australia's Matthew Wade walks from the field after he was dismissed without scoring during play on day four of the fourth cricket test between India and Australia at the Gabba, Brisbane, Australia, Monday, Jan. 18, 2021. (AP PhotoTertius Pickard)

Travis Head, who was dropped from the starting XI for the series-deciding test loss to India in Brisbane earlier this month, was preferred as a middle-order batsman to Wade.

Aaron Finch will lead the T20 squad for the five-game series in a squad that also includes emerging spinner Tanveer Sanga, the return of Jhye Richardson and the inclusion of short-form regulars Glenn Maxwell, Adam Zampa and Marcus Stoinis. 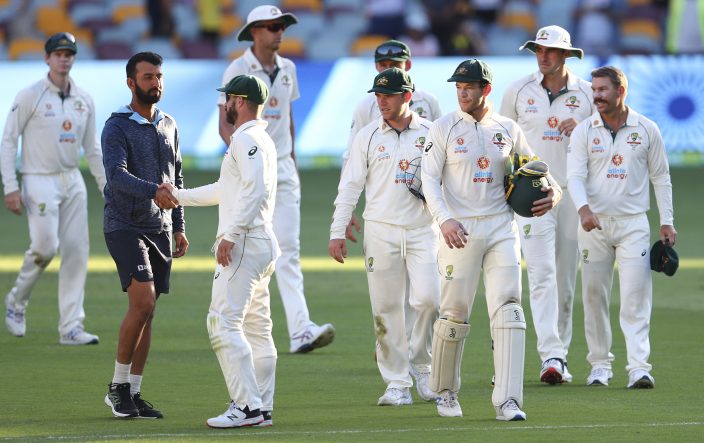 Cricket Australia staid in a statement Wednesday that the T20 squad will not change regardless of any changes to the test itinerary.

South Africa has just started a two-test series in Pakistan. 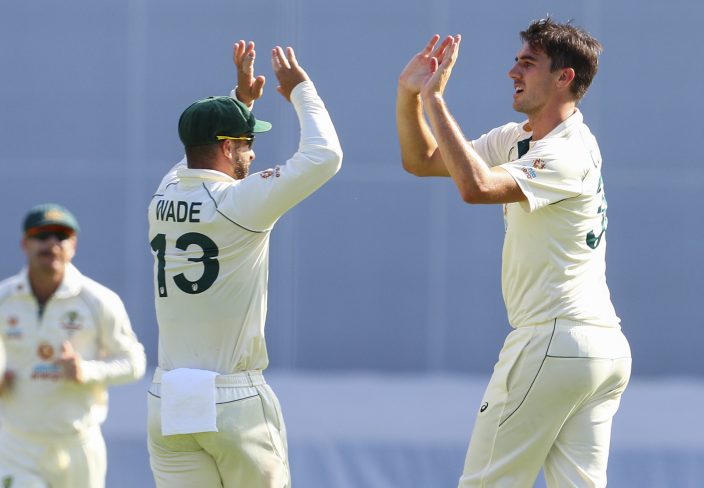 Australia's Pat Cummins, right, is congratulated by teammate Matthew Wade after taking the wicket of India's Shardul Thakur during play on day three of the fourth cricket test between India and Australia at the Gabba, Brisbane, Australia, Sunday, Jan. 17, 2021. (AP PhotoTertius Pickard) 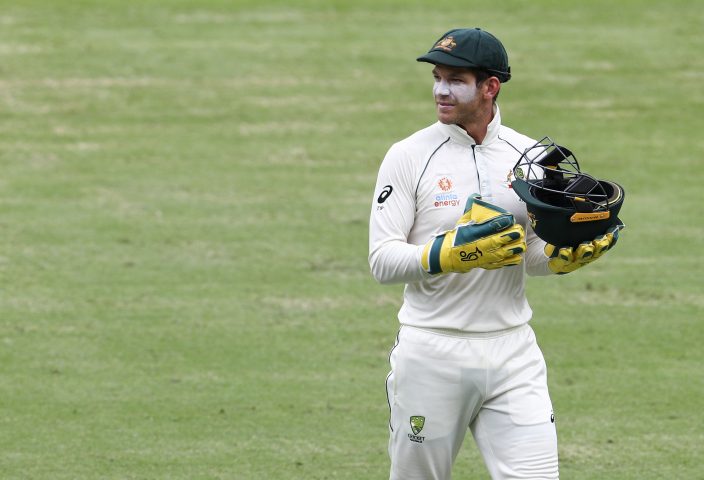 Australia's Tim Paine carries a helmet during play on day two of the fourth cricket test between India and Australia at the Gabba, Brisbane, Australia, Saturday, Jan. 16, 2021. (AP PhotoTertius Pickard)