South Korea has reported 559 new cases of coronavirus infection, its highest daily increase in 10 days, as health workers scramble to slow transmissions at religious facilities, which have been a major source of infections throughout the pandemic.

The Korea Disease Control and Prevention Agency said 112 of the new cases came from the southwestern city of Gwangju, where more than 100 infections have so far been linked to a missionary training school. An affiliated facility in the central city of Daejeon has been tied to more than 170 infections.

Nearly 300 of the new cases came from the Seoul metropolitan area, home to half of the country’s 51 million people, where infections have been tied to various places, including churches, restaurants, schools and offices. 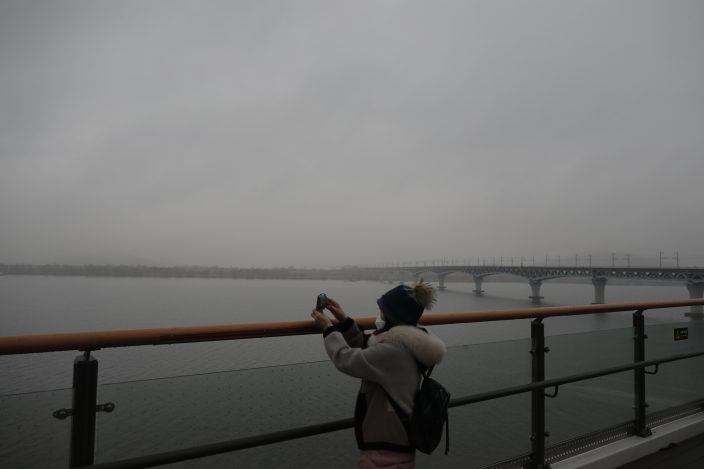 A woman wearing a face mask as a precaution against the coronavirus, uses a smartphone to film the Han River in Seoul, South Korea, Tuesday, Jan. 26, 2021. (AP PhotoLee Jin-man)

The country has repeatedly seen huge infection clusters emerge from religious groups, including more than 5,000 infections tied to the secretive Shincheonji Church of Jesus that drove a major outbreak last spring.

The figures released by the agency on Wednesday brought the national caseload to 76,429, including 1,378 deaths.

Comments made by former U.S. Presi ...

Leicester’s bid to qualify for the ...