James van Riemsdyk scored two power-play goals and Brian Elliott made 23 saves as the Flyers came back to win after blowing an early two-goal lead. Provorov, who had an empty-net goal, and Claude Giroux each had two assists.

Michael McLeod and Travis Zajac scored for the Devils, who hit a crossbar and a goalpost early in the third period with the score tied at 2. Scott Wedgewood, filling in with Mackenzie Blackwood in the COVID-19 protocol, made 26 saves for New Jersey. Pavel Zacha closed out the scoring with 1:08 to play. 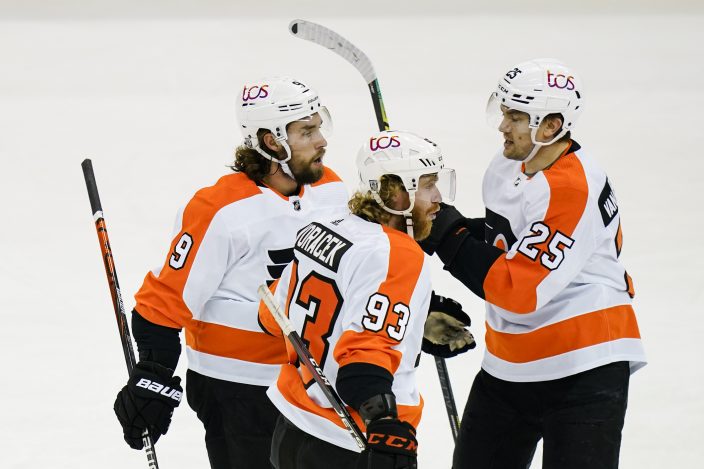 Patrick made it 3-2 at 7:03 of the final period, taking a pass from Giroux and putting a shot into an open net. Wedgewood got tangled with defenseman P.K. Subban and could not get back into position.

Farabee gave the Flyers breathing room a little more than five minutes later, putting a rebound into another open net after a turnover by rookie defenseman Ty Smith.

Van Riemsdyk staked the Flyers to a 2-0 lead, tipping a pair of point shots by Provorov past Wedgewood, the second 59 seconds into the second period. 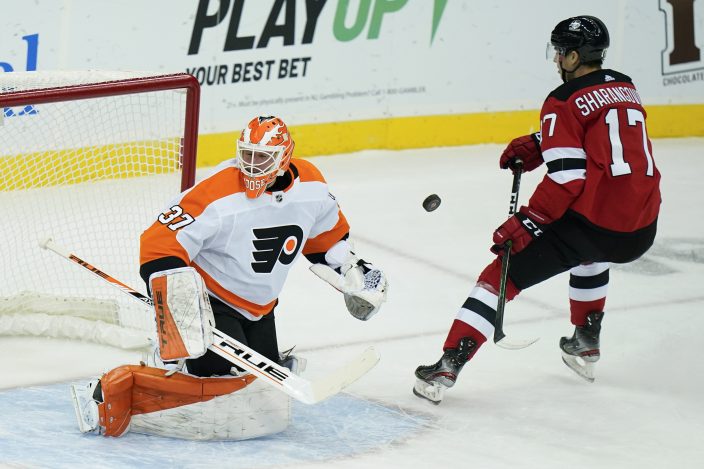 Devils coach Lindy Ruff shook up his lines later in the period and it paid off almost immediately. McLeod got his first NHL goal in close at 11:59, and Zajac tied it at 2 at 16:43 by tipping in a shot from Andreas Johnsson.

Johnsson hit a crossbar and Damon Severson hit the goalpost for New Jersey early in the third before Patrick struck. 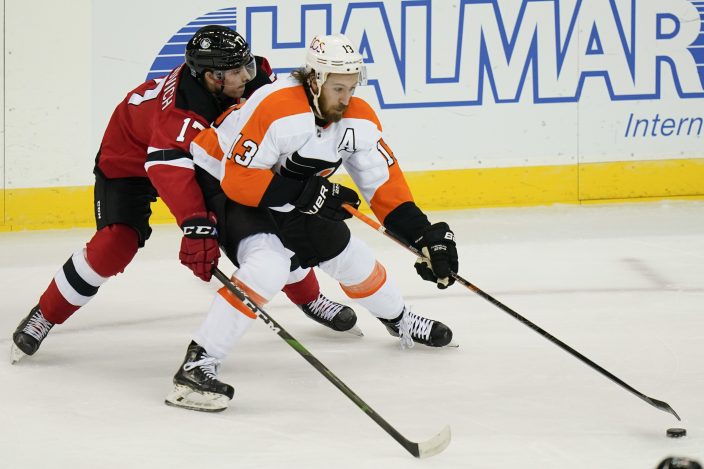 Giroux played in his 611th game as the Flyers' captain, moving him past Bob Clarke for the most games in the role. Since taking over the captaincy in January of 2013, he has played in 610 of 614 regular season games. He got an assist on van Riemsdyk's second goal. 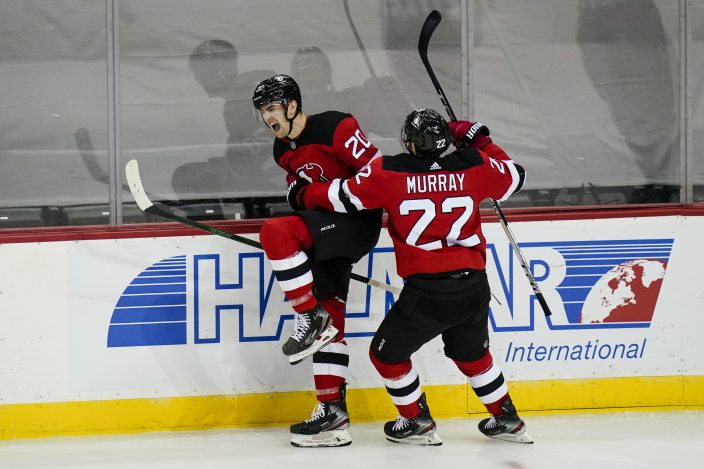 Zajac played in his 997th regular-season game. The 15-year veteran is on track to join Ken Daneyko, Marty Brodeur and Patrik Elias as the fourth player in the organization to reach 1,000 games on Sunday.

Flyers defenseman Shayne Gostisbehere played for the first time this season. He missed the first six games after testing positive for COVID-19. Erik Gustafsson got the night off. 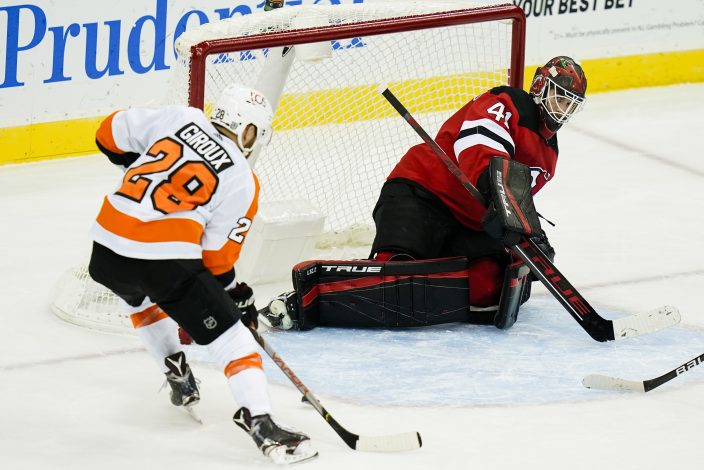 Flyers: Play the Devils again at the Prudential Center on Thursday night. 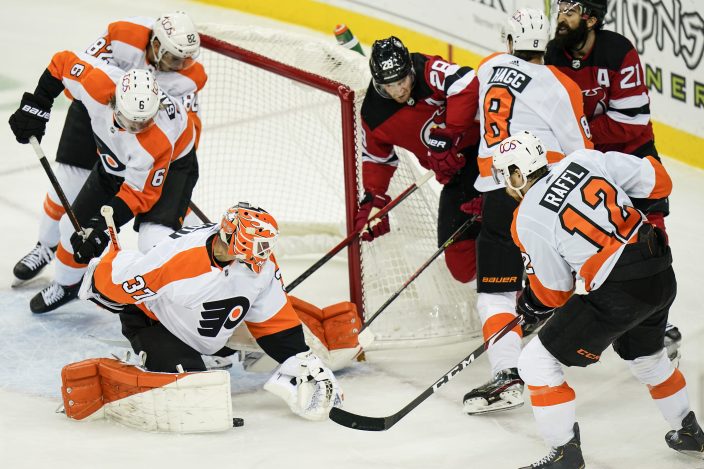