The Red Wings controlled the puck for the first minute-plus of the 3-on-3 period before the Stars gained control and moved into the offensive zone. John Klingberg, who scored the other Dallas goal, passed up a couple of opportunities to shoot and sent the puck to Dickinson, who beat Thomas Greiss from the high slot.

The former longtime Central Division rivals played as division foes for the first time since 1997-98, again in the Central, after the NHL had to realign as part of adjustments in scheduling for the coronavirus pandemic. 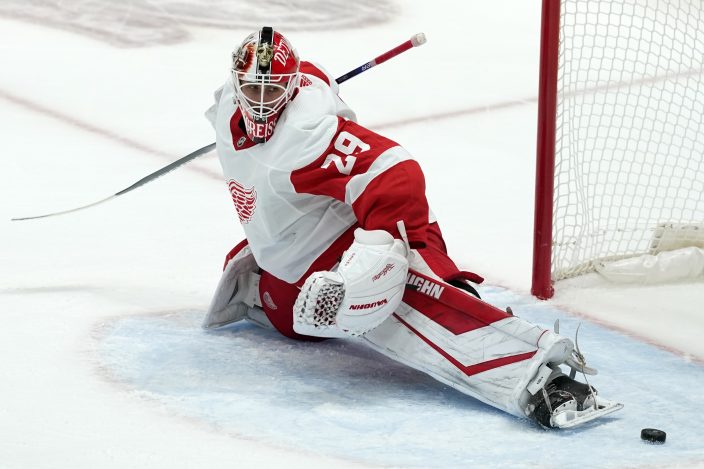 Detroit Red Wings goaltender Thomas Greiss stretches to defend against a shot by the Dallas Stars that went wide of the net in the second period of an NHL hockey game in Dallas, Tuesday, Jan. 26, 2021. (AP PhotoTony Gutierrez)

Detroit dropped a fifth straight game in Dallas but gained a point for the first time that stretch. The Red Wings are winless in four of their past five games this season.

Dallas trailed for the first time this season when Vladislav Namestnikov caught Khudobin unprepared and slipped a soft backhander between the goalie's legs on a pass from Taro Hirose in the first period.

The Stars came in 8 of 12 on the power play in the first two games but generated just one shot on their only opportunity in the first period before converting four seconds into their second chance.

Klingberg's shot from just inside the blue line was set up by the penalty Justin Dowling drew when a nice move in the neutral zone gave him a run at Greiss. Filip Hronek was called for slashing on Dowling's shot attempt. 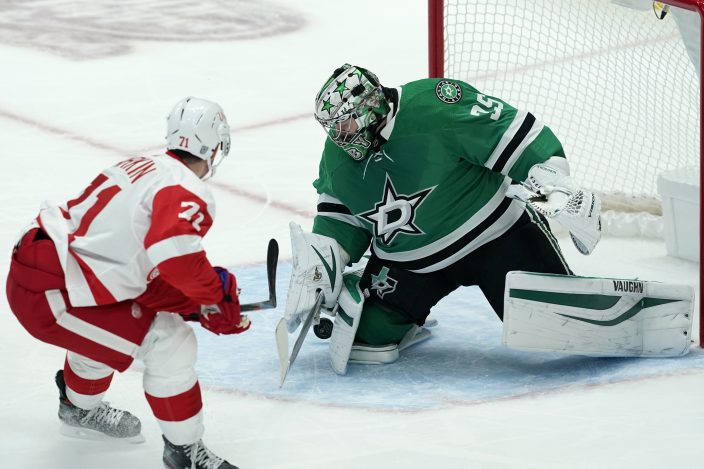 Pavelski won the ensuing faceoff and Gurianov fed the puck to Klingberg, whose shot through traffic appeared to have been tipped but went over Greiss' left shoulder untouched.

Roope Hintz joined captain Jamie Benn on the inactive list for Dallas with a lower-body injury. Hintz had five points in the first two games with one goal and four assists, all on power plays. Benn missed his second consecutive game after his right leg buckled awkwardly during a collision in the opener. Another forward, Joel Kiviranta, is on injured reserve with a lower-body injury sustained in practice between the first two games.

Winners and losers in Super League plan for European so ...

The plan for a Super League is sha ...