Brandon Saad scored twice, one in a three-goal flurry at the end of the first period, and the Colorado Avalanche beat the San Jose Sharks 7-3 on Tuesday night.

Mikko Rantanen scored a goal for the sixth straight game to tie an Avalanche record, and Valeri Nichushkin added a short-handed goal and an assist in the rout.

Ryan Donato and Logan Couture had a goal and an assist each for the Sharks.

San Jose took a 1-0 lead on Donato’s third goal of the season at 10:39 of the first before Colorado came storming back. Joonas Donskoi tied it at 16:15, and 46 seconds later Saad gave the Avalanche a 2-1 lead.

Rantanen scored on the power play with 39 seconds left in the period, his sixth of the season.

Rantanen became the fifth Colorado player to have a goal in six consecutive games since the franchise moved to Denver in 1995. Joe Sakic accomplished the feat three times — two of those were seven-game streaks — and Peter Forsberg did it twice. Milan Hejduk scored in seven straight games and Nathan MacKinnon scored in six in a row in October 2018. 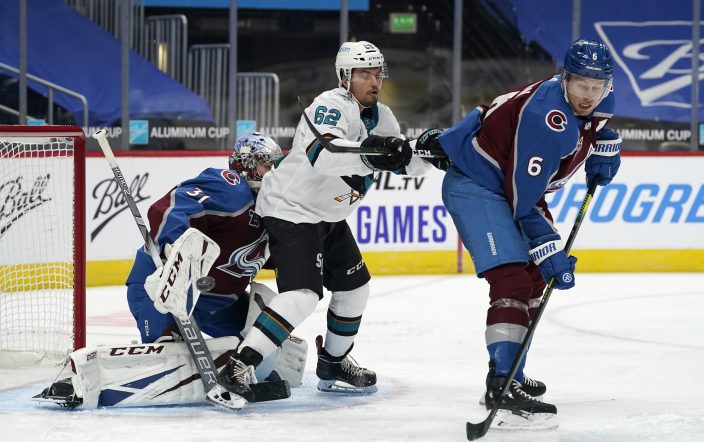 Nichushkin’s goal came 1:32 into the second period and Pierre-Edouard Bellemare made it 5-1 at 5:48 to chase goalie Martin Jones, who made 14 saves before Devan Dubnyk took over in net. Dubnyk stopped 21 shots.

Noah Gregor got one back for San Jose, but Devon Toews and Saad scored 1:31 apart late in the second to give the Avalanche a 7-2 lead.

Colorado goaltender Philipp Grubauer, who had 27 saves, faced just 13 shots through the first two periods but made a big play soon after Gregor’s goal. After the Sharks killed off a penalty, Matt Nieto came out of the box with the puck ahead of him. Grubauer skated out to the left circle and made a diving stop to clear the puck out of the zone. 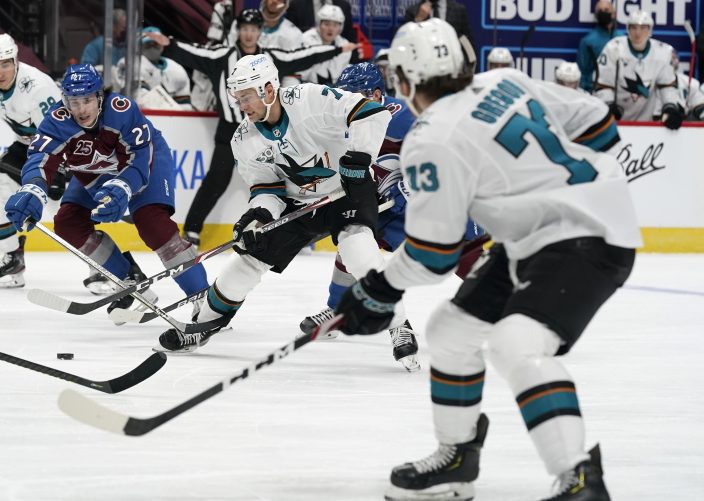 Couture tipped in his third goal of the season at 12:43 of the third.

The teams play the second of two games in Denver on Thursday night. 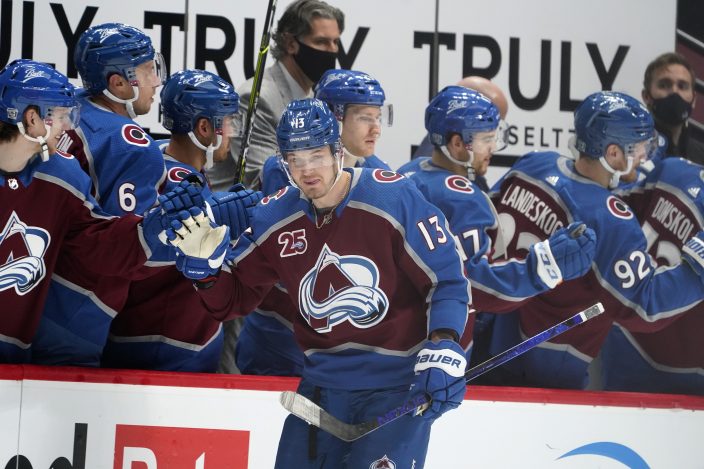 Colorado Avalanche right wing Valeri Nichushkin, front, is congratulated as he passes the team box after scoring a goal against the San Jose Sharks during the second period of an NHL hockey game Tuesday, Jan. 26, 2021, in Denver. (AP PhotoDavid Zalubowski) 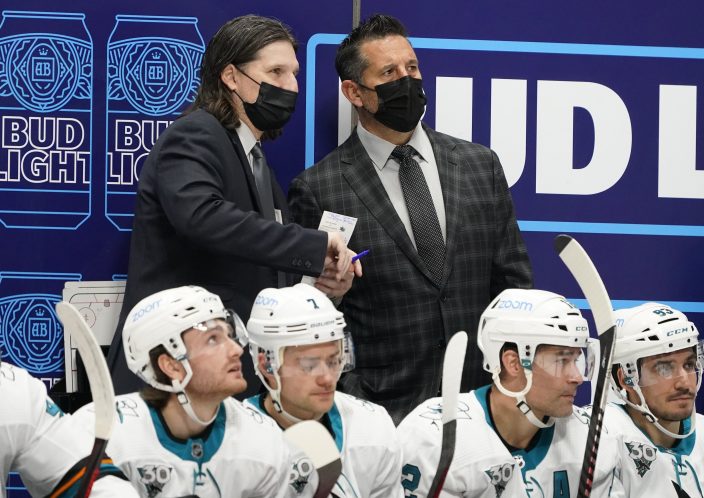