With an outbreak delaying the Dallas Stars opener, Rick Bowness got to watch a lot of hockey in the first couple of nights of the NHL season. It wasn't a coach's dream.

“It was entertaining hockey, but it was a little sloppy,” Bowness said. “And that’s to be expected.”

Sloppy is the term being used all over the league to describe play in the first two weeks of the season. After no exhibition games — and no action at all for seven teams in the past 10 months — there have been plenty of odd-man rushes and mistakes, with six goals a game being scored on average. 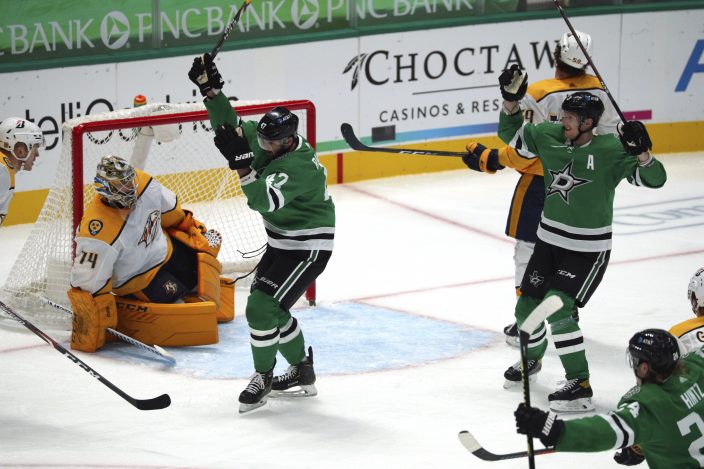 Only strong goaltending has kept it from looking like the high-scoring, wide-open 1980s.

“Guys are a little rusty for sure,” Tampa Bay's Stanley Cup-winning captain Steven Stamkos said. “You don’t realize how important exhibition games are until you don’t have any to just get some timing down.”

Timing has been thrown off by a bevy of injuries and some virus-related absences. Teams are shuffling their lineups more, losing the kind of chemistry that usually builds up through training camp and into the season. 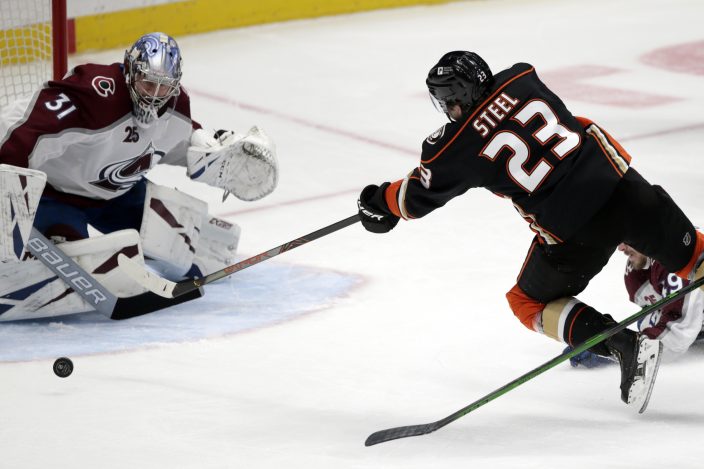 “We’re always throwing guys in and out and it’s hard to get some continuity,” said Bowness, whose Stars have only played three games so far. “And it’s not just us. It’s a lot of teams around the league. So that adds to this bit of sloppy play.”

Sloppy could be a synonym for undisciplined, and referees are getting plenty of practice blowing their whistles and putting an arm in the air. Games are averaging more than seven penalties apiece so far, which contributes to New York Islanders coach Barry Trotz's theory that special teams “seem to be the difference-makers every night now.”

Some goaltenders are proving to be difference-makers, like the Islanders' Semyon Varlamov, who stopped 81 of the first 82 shots he faced. All divisional play figured to help skaters who only needed to study the 12 to 15 goalies they'd face, but he's benefiting from years of experience in the NHL.

“Every time you play the game, the forwards always try to surprise you with a different movement and everybody’s going to try to do different things on the ice,” Varlamov said. “When you play so many times against the best players in the league, you kind of start learning of course what they do against you, what they try to do, so you try to learn these things.”

The learning process is happening at every position right now, and acclimating to a 56-game season should bring with it some more structure in the coming weeks. San Jose coach Bob Boughner has already noticed a difference

“Everybody is feeling more comfortable in their systems and the games are tightening up a little bit,” he said. “You could already sense that. Guys are starting to get back into it."

The San Jose Sharks have been the NHL's nomads since they opened training camp in Arizona because of a ban on contact sports by Santa Clara County, California. Their first two “home” games scheduled for Feb. 1 and 3 will be played in Glendale, Arizona, but their home county has lifted restrictions along with the state, potentially paving a path home.

“We’re staying in 5-star hotels, get to play hockey, so I can’t complain,” defenseman Marc-Edouard Vlasic said. "But I’d love to see my dogs — walk them, play with them — and see my wife, as well. But at some point, we’ll be able to go home here."

Retired NHL forward Daniel Carcillo, who has dealt with severe traumatic brain injuries, co-founded a psychedelic medicine company “Wesana” in the hopes of helping other current and former players and others handle the mental and physical pain that comes with them. It started with a conversation with ex-teammate Riley Cote about cannabis and evolved into something Carcillo hopes can help more than just athletes.

“We’re going to be working with, and including people in trials from the veteran community, from the senior citizen community and also women of domestic violence,” Carcillo said by phone last week. “It’s an issue across a lot of demographics, and you always want to create that community feeling of healing and people supporting each other through that process.”

Carcillo and representatives have been in touch with the NHL Alumni Association as well as NFLPA alumni to take part in trials, which make up the next step before FDA and other approvals.

Not only will Boston at Washington on Saturday be former Bruins captain Zdeno Chara's first game with the Capitals against his old team, it could mark the season debut of First-Team NHL All-Star winger David Pastrnak. Last season's co-Rocket Richard Trophy winner (with Capitals captain Alex Ovechkin), Pastrnak underwent hip surgery in September and only got back to contact practice Monday.

“It’s not fun getting hit for the first time after four months,” Pastrnak said. “It’s been a long road. Overall, it’s been a long time, so I’m obviously itching to get out there.”

It could also be Ovechkin's return after missing four games because of COVID-19 protocols.