The IOC is adamant the Tokyo Olympics will be held this year despite the pandemic. So, too, are Japanese organizers.

Now hear it from the man who represents the track and field, swimming and gymnastics federations as well as every other Summer Games sport.

“At the moment, we’re positive that the games will be held,” said Francesco Ricci Bitti, president of the Association of Summer Olympic International Federations. 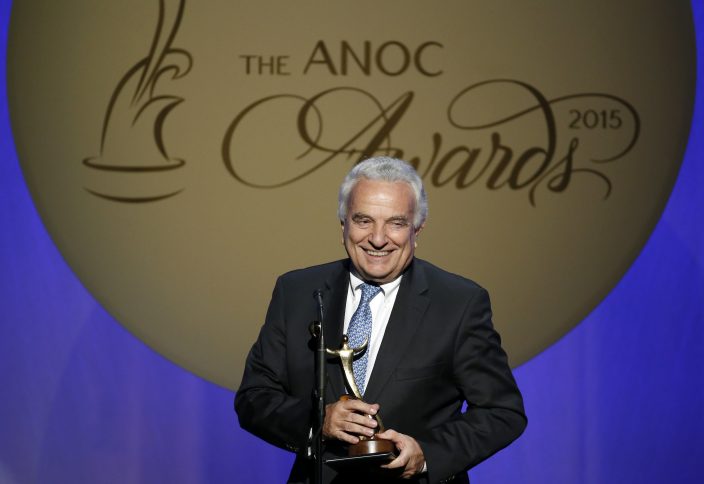 FILE - In this Thursday, Oct. 29, 2015 filer, Francesco Ricci Bitti speaks after receiving the award for Outstanding Lifetime Achievement, during an Association of National Olympic Committees (ANOC) awards ceremony, in Washington. The IOC is adamant that the Tokyo Olympics will be held this year despite the pandemic. So, too, are Japanese organizers. Now hear it from the man who represents the international track and field, swimming and gymnastics federations as well as every other Summer Games sport. “At the moment we’re positive that the games will be held,” said Francesco Ricci Bitti, president of the Association of Summer Olympic International Federations (ASOIF). (AP PhotoAlex Brandon, File)

“They will be different games. But we, the federations, are open to accepting these changes,” Ricci Bitti told The Associated Press this week. “They will be spartan games, with all of the usual services reduced.”

The International Olympic Committee and Tokyo organizers are set to roll out “playbooks” next week to explain how 15,400 Olympic and Paralympic athletes and tens of thousands of others will try to safely enter Japan when the Olympics open in just under six months.

The planning is being made public to push back against reports that the Olympics will be canceled with Tokyo and much of Japan still under a state of emergency with COVID-19 cases rising. 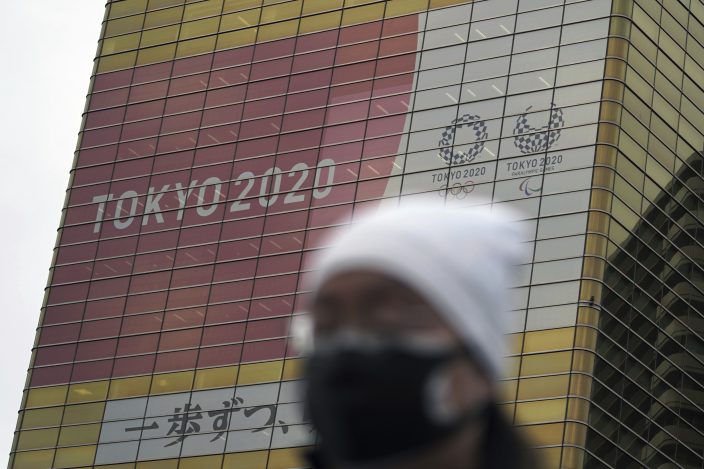 A man wearing a protective mask to help curb the spread of the coronavirus walks near a banner of the Tokyo 2020 Olympics and Paralympics Wednesday, Jan. 27, 2021, in Tokyo. (AP PhotoEugene Hoshiko)

“There will be all the counter measures which we are studying sport by sport,” Ricci Bitti said. “We need to be ready to have games that won’t be COVID-free.

“That’s the situation at the moment. All of the negative things are speculation right now. In Olympic circles we are very positive. We strongly want these games.”

Japanese authorities and the IOC moved quickly last week to dismiss a report by The Times of London that quoted an anonymous government official claiming it has been concluded the games will be canceled. 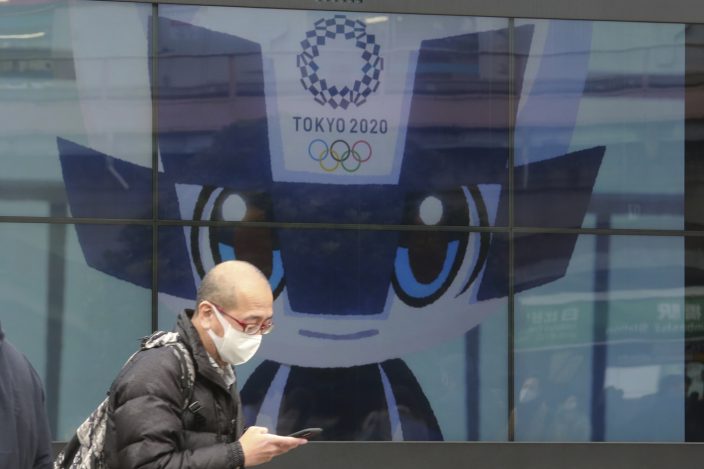 A man walks by an electric monitor promoting the Tokyo 2020 Olympics planned to start in the summer of 2021, in Tokyo, Wednesday, Jan. 27, 2021. (AP PhotoKoji Sasahara)

“Right now there is no alternative option,” Ricci Bitti said. “As (IOC president Thomas) Bach said, a Plan B doesn’t exist. Everything else is pure speculation. Whoever talks about that is doing harm, because it creates confusion.”

The Tokyo Games were initially slated for 2020 but were postponed for a year last March shortly before the torch relay was due to start.

Ricci Bitti said not to read too much into March being a key month for a decision this year.

“For now there’s no need to decide anything,” he said. “And we hope that a decision won’t be needed. Because everything is ready. … We’re going sport by sport to set up new anti-COVID measures.”

So are all 33 sports federations — from archery to wrestling — moving forward with their planning?

“All of them,” Ricci Bitti said Tuesday, a day after the federations’ latest meeting. “It’s unanimous. They want the games.”

What’s more is that there are no plans to reduce the number of athletes competing in Tokyo.

Half of the 33 federations are “really struggling” financially because of the Tokyo Games postponement, Ricci Bitti said.

The IOC also relies on the Summer Games as the driver for billions of dollars’ worth of broadcasting and sponsoring deals, though most is tied to long-term contracts with supportive partners. The IOC had an insurance policy against cancellation in 2020 but did not take the option.

The more pressing matter for the group of federations now is qualifying.

“We still have 30% of the athletes theoretically not qualified,” Ricci Bitti said. “Some qualifying events won’t be held.”

While a women’s water polo qualifying tournament was held in Italy last weekend — with Hungary and the Netherlands earning spots in Tokyo — other events that were canceled last year have not been rescheduled.

“In the situations where the qualifying events can’t be held as planned, the national federations are permitted to use different criteria,” Ricci Bitti said. “The problems lie mainly with the combat sports. The others have other criteria like rankings.”

Switching qualifying procedures so late in the game, however, could open the way for athletes to make appeals to the Court of Arbitration for Sport.

Japan has more than 5,000 deaths attributed to COVID-19 and its health care system is under stress. A vaccine rollout is expected next month, but later in the year for much of the general public.

So what happens if the situation in Japan worsens?

“For now that’s a hypotheses that doesn’t exist,” Ricci Bitti said. “If the situation gets much worse, the IOC will have to make a decision with the World Health Organization and the government. It will be very coordinated. But the situation is not getting worse right now. I hope it doesn’t get any worse than it is right now.”