Battling a COVID-19 resurgence driven by a more infectious variant, South Africa is preparing to roll out its first vaccines to frontline healthcare workers.

A delivery of 1 million doses of the AstraZeneca vaccine is expected to arrive imminently at Johannesburg's international airport and there are plans for jabs to be given to doctors and nurses starting next week.

Health Minister Zweli Mkhize has said South Africa intends to vaccinate 67% of its 60 million people in 2021, starting with the most vulnerable health workers. He is expected to speak about the arrival of the vaccines later Wednesday. 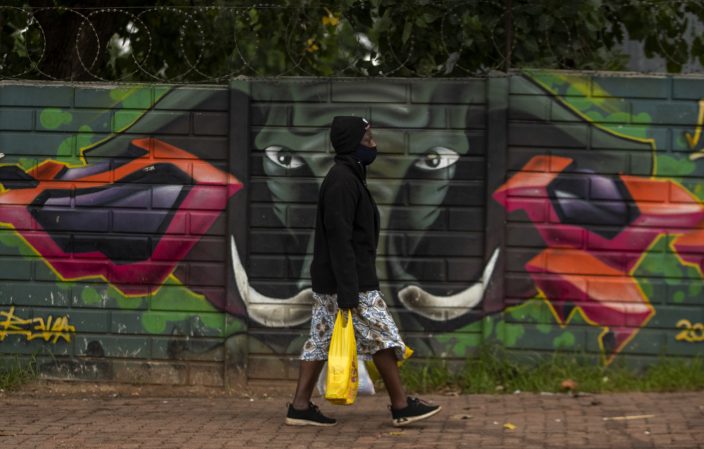 A woman wearing a face mask as a precaution against coronavirus outbreak, walks on the street in downtown Johannesburg, South Africa, Tuesday, Jan. 26, 2021. (AP PhotoThemba Hadebe)

The start of South Africa's vaccination drive, one of the first in Africa, comes as the country has the continent's highest numbers of confirmed cases and deaths. South Africa's 1.4 million cumulative cases, including 41,797 deaths, represent about 40% of the cases reported by all of Africa's 54 countries.

The shipment of vaccines produced by the Serum Institute of India is expected to arrive by air freight from Mumbai, India, according to local media. The first 1 million doses are to be followed by 500,000 doses in February.

The initial vaccines will not cover all of South Africa's 1.25 million healthcare workers, so the first round will go to those with the highest risk in intensive care units, especially those performing intubations, health experts said. 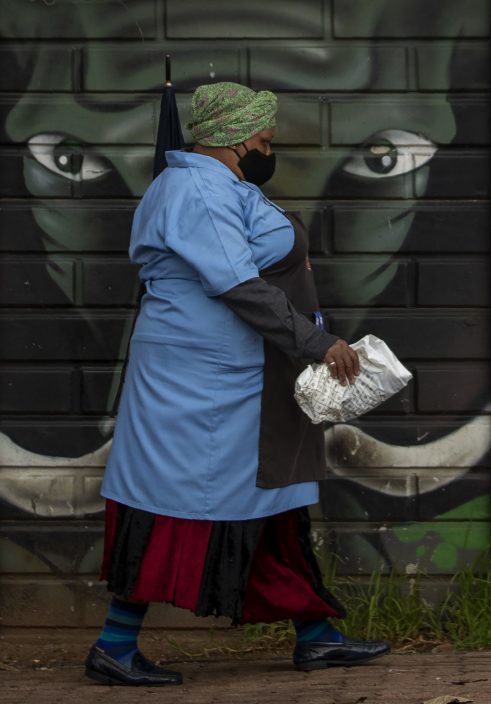 A woman wearing a face mask as a precaution against coronavirus outbreak, walks on the street in downtown Johannesburg, South Africa, Tuesday, Jan. 26, 2021. (AP PhotoThemba Hadebe)

South Africa's department of health has appointed the Biovac Institute, a pharmaceutical and vaccine firm based in Cape Town, to “import, store, and distribute the 1.5 million doses of Covishield vaccine procured by the government from the Serum Institute of India,” the company said in a statement Wednesday. Covishield is the name for the AstraZeneca vaccine produced in India.

South Africa's vaccination campaign comes as the country appears to have passed the peak of a resurgence of COVID-19 that in the past month saw confirmed cases, hospitalizations and deaths rise to nearly double the numbers in the country's initial surge in July last year. 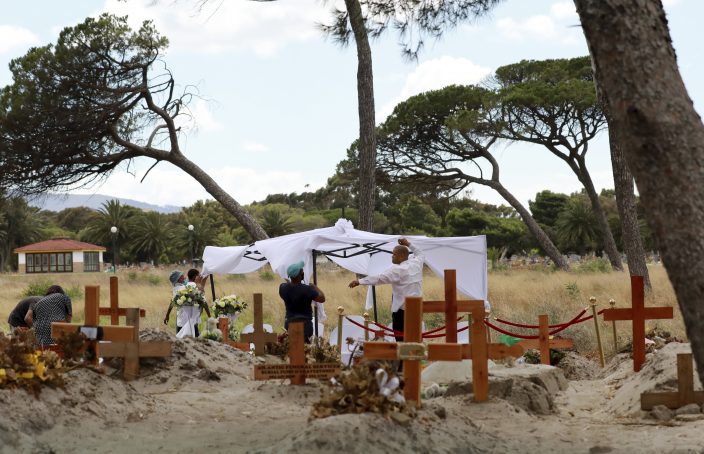 Workers prepare for a COVID-19 burial in the Maitland cemetery in Cape Town, South Africa, Tuesday, Jan. 19, 2021. The City of Cape Town is working closely with the Muslim Judicial Council to increase burial capacity as COVID-19 claims more lives in a second surge of the pandemic. (AP PhotoNardus Engelbrecht)

The variant identified in South Africa as 501Y.V2 was a major factor in the resurgence, as it is more transmissible, according to health experts. The variant quickly became dominant in the Eastern Cape province, accounting for more than 90% of the new cases there in December, and spread to the Western Cape and KwaZulu-Natal provinces.

The large numbers of people traveling to South Africa's coastal areas and attending family and social gatherings during the holiday season also contributed to the resurgence, according to experts.

The first phase of South Africa's vaccination campaign is to be followed by the inoculation of 16 million people including the remaining healthcare workers, the elderly and those with comorbidities. A third phase is planned to vaccinate another 22.5 million in order to reach the goal of 40 million people.

The vaccines for the nationwide campaign, the largest in the country's history, will be sourced through the international COVAX facility, the African Union which has purchased 270 million vaccine doses to be distributed across the continent, and South Africa's purchase of vaccines directly from manufacturers.