The actors Stanley Tucci and Colin Firth have been friends for 20 years and that is plainly evident watching them play longtime lovers in the wrenchingly beautiful film “Supernova.”

The award-winning duo are like a well-worn sweater onscreen, comfortable and lived-in, showing the kind of tart affection people show when ardor's lust has given way to the slow burn of adoration.

In a scene early on in “Supernova,” Tucci's character asks Firth's character how things are going. “It’s fine for me,” comes the steady reply. Tucci knows better: “Liar,” he says, simply. 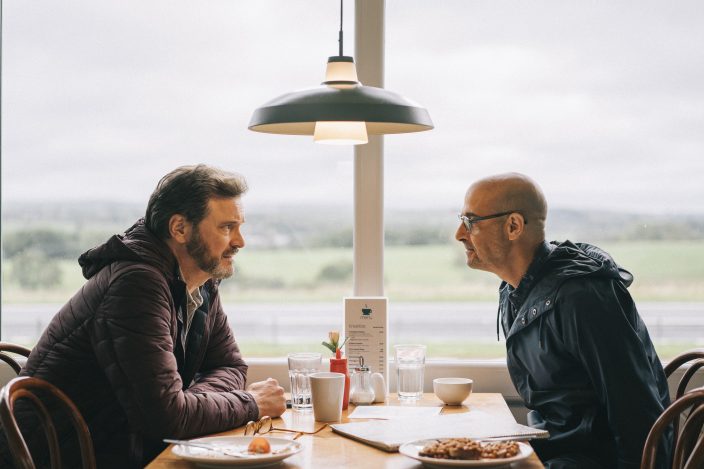 He's right because the film is about impending loss: Tucci's Tusker has early onset dementia and Firth's Sam is thrust into the position of watching the possibility of his love outlast his lover.

Writer-director Harry Macqueen's script is as spare and natural as the setting — England’s Lake District, with its ancient stone walls and rolling misty green countryside. Dementia is never mentioned and referred to only obliquely, as in “the bloody thing.”

The film opens with the couple in a motorhome revisiting places and people they enjoyed over the years. Tusker, an American novelist, is ostensibly finishing his latest book and the trip will end with Sam, a very English pianist, giving a concert. 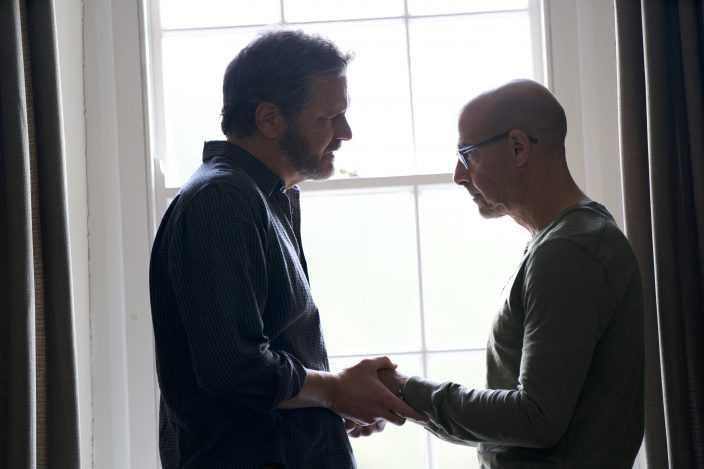 Tusker's condition is apparent but subtle, a lost word here or difficulty putting on a shirt. He admits to being “a little confused” but he's a fiercely independent person and loss of control is clearly his worst fear.

“I’m becoming a passenger. And I’m not a passenger," he says at one point. At another: “I want to be remembered for who I was but not for who I’m about to become.”

Firth’s Sam tries to keep a stiff upper lip, ducking into the bathroom to compose himself when his emotions are overwhelming, camouflaging his tears by opening the taps. “Am I strong enough? Can I do it?” he asks. 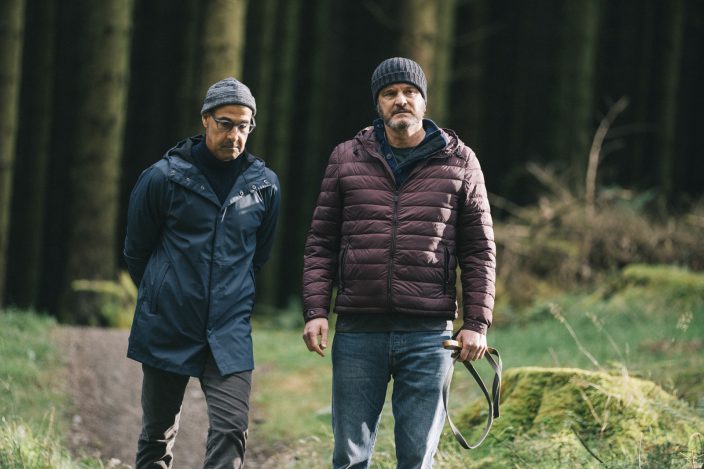 The title comes from the fact that both men are amateur astronomers and is a reference to the nothingness that awaits everyone eventually — especially the void that now faces Tusker. It's a tiny story of two men that somehow adds up to all of us, like stardust.

There are lines that will stay with you. “You’re not supposed to mourn someone while they’re still alive,” says Tusker. Sam later tries to frame their predicament in a cosmic sense: “It’s not about fair. It’s about love.”

People suffering from dementia have been on film before — think Glenda Jackson in “Elizabeth Is Missing,” Julie Christie in “Away From Her” and Julianne Moore in “Still Alice” — but this feels different.

“Supernova” portrays a same-sex couple going through the disease but it transcends sexuality. Anyone in a long-term relationship will smile as Sam and Tusker good-naturedly bicker over bed space or the navigation system. Anyone will melt as Sam uses his lover’s arm as a keyboard, kisses Tucci’s head fondly or when their arms are wrapped around each other.

The camera is often in the back seat watching the two in front navigate — in more ways than one — this new territory. Composer Keaton Henson’s score is achingly sad, leaning into strings and wistful piano.

There are also silent moments that pack as much power as a stellar explosion. In one, Sam goes through Tusker's latest manuscript and sees as once bold, aggressive handwriting progressively gets messier and emptier, until there’s a just a solitary, crossed-out word on the page.

If anything, this is a film that counsels us to hold onto and cherish the moments we have together — the parties, the walks, the meals, the quiet cuddles.

“Thanks,” Sam says as they motor down a lane.

“For what?” asks Tusker.

It's the same sentiment we offer to Macqueen — thanks for this.

“Supernova,” a Bleecker Street release, is rated R for language and references to dementia and suicide. Running time: 93 minutes. Three and a half stars out of four.

Prince Philip has had a successful ...