The Biden administration was quick to breathe new life into the last remaining treaty limiting U.S. and Russian nuclear weapons. The going will be slower when it turns to other arms control problems that are either festering or emerging as potential triggers of an international arms race.

China is modernizing its arsenal of nuclear weapons and has shown no interest in negotiating limits. North Korea is at or near the point of being able to threaten the U.S. homeland with a nuclear missile strike. Russia has begun deploying new, exotic weapons, including nuclear-capable devices designed to evade the best of American missile defenses. Iran is seen as the biggest missile threat in the Mideast.

Each of those problems is a priority for President Joe Biden, but he acted on Russia first, reflecting the urgency of extending the treaty even as Biden seeks to take a tougher line with Russian President Vladimir Putin in response to issues like the arrest of opposition figure Alexei Navalny and Russia’s alleged involvement in a massive cyber espionage campaign against the U.S. government. 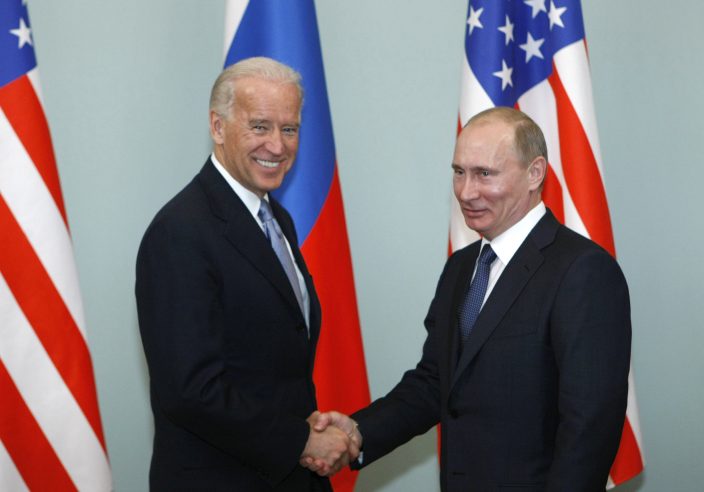 In announcing that Biden and Putin agreed in a phone call Tuesday that they would extend by five years the New START treaty — which would otherwise have expired next week — the White House alluded vaguely to broader challenges with Moscow. It said the leaders “also agreed to explore strategic stability discussions on a range of arms control and emerging security issues.”

Both houses of the Russian parliament voted unanimously Wednesday for the treaty extension. Speaking to the World Economic Forum’s virtual meeting, Putin hailed the extension as “a step in the right direction,” but he also warned of rising global rivalries and threats of new conflicts.

The pact’s extension doesn’t require approval by the U.S. Congress. It is expected to be validated by an exchange of diplomatic notes. Then the question will be: How does international arms control proceed, given the tense state of U.S.-Russia relations, the rise of China and the other sources of uncertainty?

Although Russia is America's most willing partner, arms control may no longer be addressed solely by Moscow and Washington, whose nuclear arsenals were largely the only ones that counted during the Cold War. In that period, U.S. war planners viewed China's relatively small nuclear force as a subset of Russia's rather than as a major threat in its own right. Space and cyber weapons were distant problems but are now in the forefront.

“The big-picture question is whether what we're seeing with the extension of New START is a last breath put into the dying body of arms control, or whether this is genuinely the start of a re-invigoration of arms control efforts,” says Mark Bell, an assistant professor at the University of Minnesota who specializes in nuclear weapons issues. “The landscape for arms control is not a particularly optimistic one moving forward.” 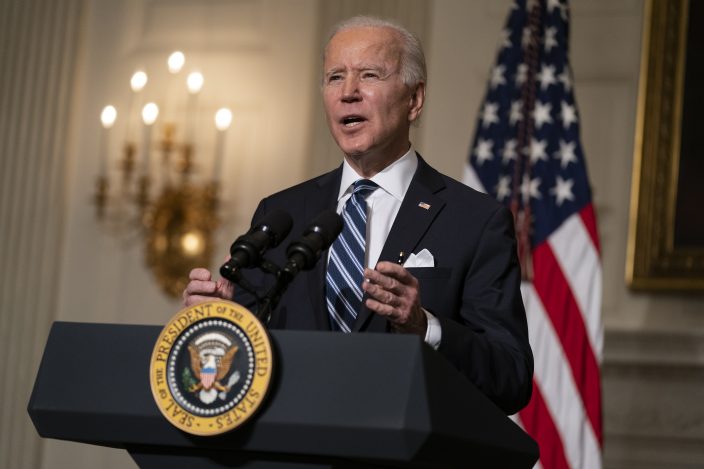 The hope among arms control advocates is that Biden's decision to accept Russia's offer of a five-year extension of New START will set the stage for broader talks on steps to lessen the risk of war between the world's two biggest nuclear powers.

Biden knew that extending New START would be welcomed by America's NATO partners, who had opposed the Trump administration's withdrawal from other arms control deals.

"I don’t see the treaty’s extension as the end, but the beginning of an effort to further strengthen international nuclear arms control,” NATO Secretary-General Jens Stoltenberg said last week. “So agreements that cover more weapons and also include more nations like China should be on the agenda in the future.”

But China has been unwilling, and there is little evidence that Moscow is ready to address what some consider the most worrisome numerical imbalance in U.S.-Russian nuclear forces — Moscow's non-strategic nuclear weapons, such as sea- and air-launched nuclear cruise missiles. These are not limited by New START.

The Russians see a different problem — unconstrained American missile defenses and other U.S. systems they view as dangerous and destabilizing.

Robert Soofer, who was the top nuclear policy official at the Pentagon during the Trump administration, says Biden squandered negotiating leverage when he agreed to a five-year extension of New START without pressing Moscow for commitments on related issues.

“There's no reason for them to negotiate because they're good for five years,” Soofer said. “They got what they want.”

From the Russian point of view, adding five years to the life of New START offers time to deal with what its ambassador to Washington, Anatoly Antonov, has described as a “serious crisis” in arms control.

In a Jan. 12 statement, Antonov laid out Moscow's arms control priorities, starting with U.S. missile defenses, which the Russians see as an attempt to undermine the strategic value of their nuclear arsenal. They say it is a reason they developed a hypersonic glide vehicle, known as the Avangard, that can be carried aboard the Sarmat intercontinental ballistic missile and maneuver to evade defenses.

Some critics of U.S. reliance on nuclear weapons say missile defense must be open to negotiation.

“The unconstrained pursuit of missile defense has encouraged Russia to develop multiple new types of nuclear options to attack the United States and pushed China to expand and improve its nuclear arsenal,” says Laura Grego, co-director of the global security program at the Union of Concerned Scientists. "This dynamic must change because it is a roadblock to achieving meaningful nuclear arms reductions.”

The U.S. has refused to agree to any limits on its missile defenses, which it says are meant to protect the United States from long-range missile attacks by North Korea — not as a defense against Russia.

Soofer says he sees little prospect of movement soon on that and other U.S.-Russian arms disputes.

“This is going to be the beginning of a very long, drawn out negotiation,” he said.