Sacramento was playing for the first time since Friday after two games were cancelled because of COVID-19 protocols with the Memphis Grizzlies. The Kings proved themselves to be rested and ready in taking apart the Magic for their second road victory of the season.

The Kings led by 11 in the first period, by 17 before halftime and by as much as 22 in the third quarter of the wire-to-wire victory. The Magic never got closer than 10 in the second half in dropping to 4-5 at home this season. 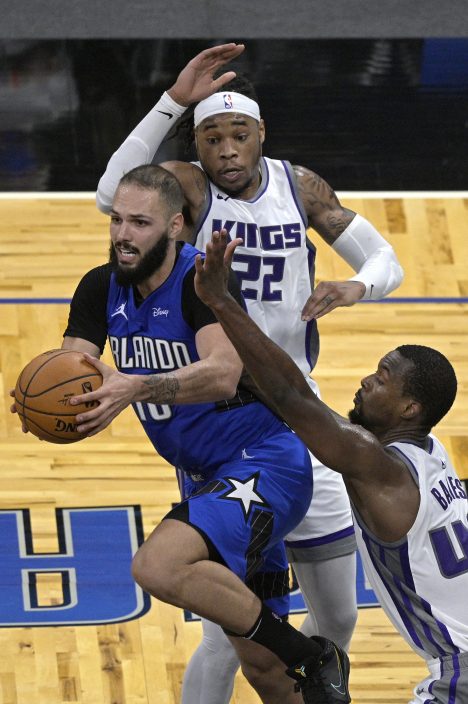 Hield’s dynamic shooting performance was the third time this season that he’s made at least six 3-pointers in a game. His 29 points points topped the 26 he had on Jan. 13 in Portland — a game where he made eight 3s. He was 7 for 12 from behind the arc on Wednesday.

Magic center Nikola Vucevic made 11 of 18 shots and scored 26 points — his 14th game of the season with at least 20 points. Evan Fournier added 25 points, while Terrence Ross chipped in 16 points off the bench. 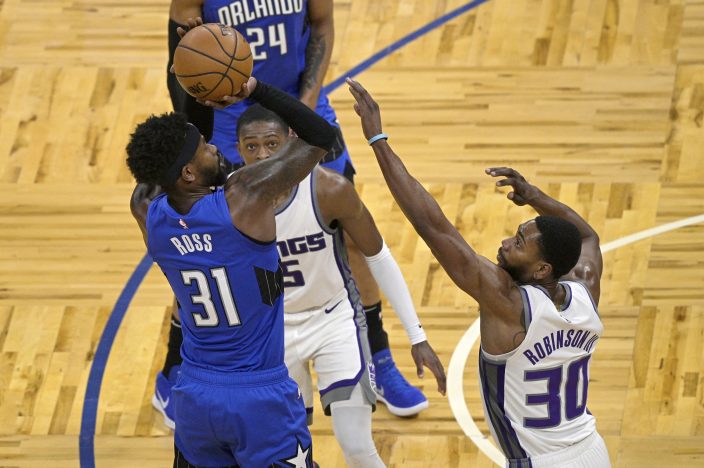 Aaron Gordon struggled through the night with three points in 26 minutes. He missed eight of his nine field goal attempts. Rookie guard Cole Anthony, who scored a career-best 21 points in Monday’s defeat of Charlotte, made just 2 of 9 shots and scored seven points on Wednesday.

Orlando came into Wednesday as the NBA’s hottest shooting team from 3-point range — 17.7 makes on 47% shooting over the previous three games — but it made only 10 of 26 attempts on Wednesday. 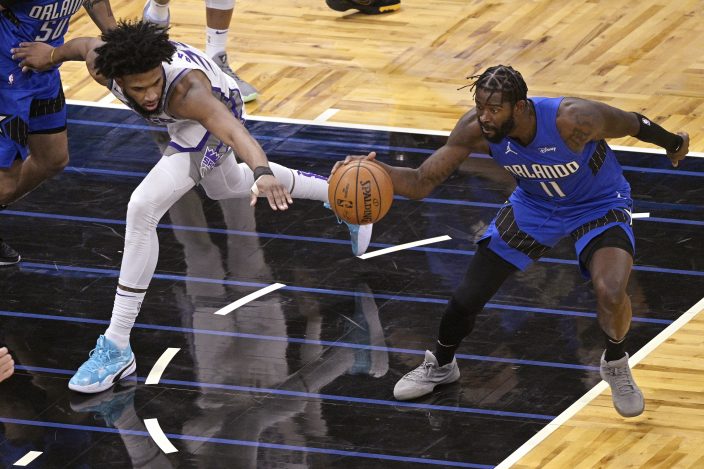 Kings: Partly because of the cancellation of two games earlier in the week, Sacramento entered Wednesday tied for the fewest road games played thus far. Head coach Luke Walton said the team’s first trip East brought up some new challenges for his team. Walton: “The road trips we’re pretty used to, but it’s the protocols that have taken some getting used to. The players had to have their first (COVID-19) testing done by 8:30 AM. So, as you’re trying to adjust to time zones, you still have to get up and do that so that the players can get the tests back before the game. Things like that are what we’re getting used to.”

Magic: The Magic entered Wednesday’s game ranked 25th in the NBA in 3-point accuracy at 34.8%, but that’s actually a big improvement over where they stood a week earlier. Orlando hit a season-best 17 3s last Friday against Indiana and then matched that total on Sunday versus Charlotte. The Magic then made a season-best 19 3-pointers on Tuesday in only 27 attempts. Magic coach Steve Clifford on his team’s 51.9% accuracy in the past three games: “We’ve been much more inside-out, the ball is hitting the paint more and we’ve taken more 3s in this stretch. With the naked eye, we’re shooting more spot-up 3s, which is the key for most teams.” … Clifford said that guard Michael Carter-Williams — out since Jan. 4 with a sprained left foot — could return by Friday. Clifford said there is no timetable for the returns of Chuma Okeke (left knee bone bruise) or Al-Farouq Aminu (knee surgery recovery).

Kings: Vs. Toronto in Tampa on Friday.

Magic: On Friday, they host the Los Angeles Clippers, a team that they have lost to 13 straight times dating back to November of 2013.