DeMar DeRozan scored 21 points, Keldon Johnson had 18 points and 10 rebounds, and the San Antonio Spurs held on to beat the Boston Celtics 110-106 on Wednesday night.

The Celtics’ projected starting five of Kemba Walker, Jayson Tatum, Jaylen Brown, Marcus Smart and Daniel Theis played together for the first time this season. Tatum had 25 points, Brown added 24, and Smart and Walker had 14 apiece. 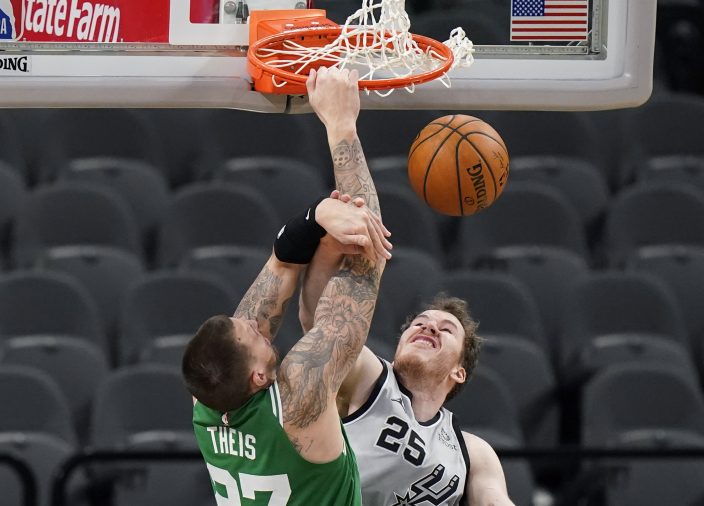 Their balanced output was not enough as Boston had its two-game winning streak end.

The Spurs rallied after giving up a double-digit lead in the second half. 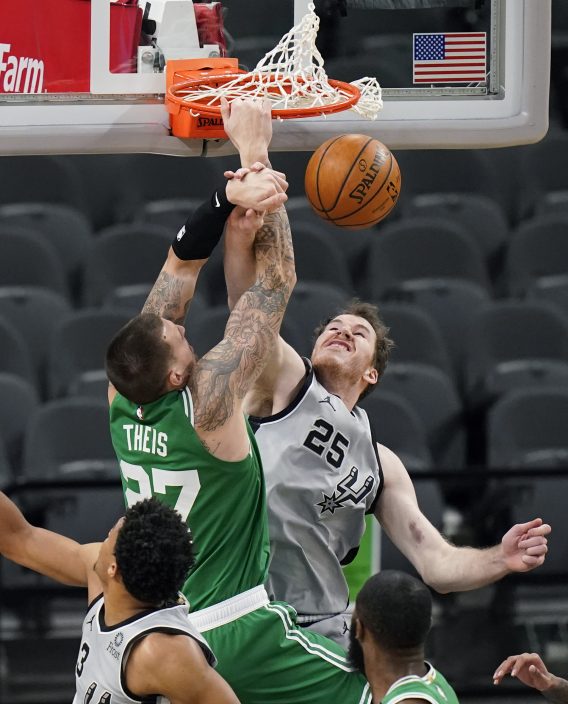 San Antonio made 14 of its last 15 shots in the first half during a 29-6 run. Lonnie Walker IV had nine points in the run and closed with 14 points.

A pair of 3-pointers by Aldridge tied the game and gave the Spurs their first lead at 46-43 since the opening seconds of the game.

Three days after setting a season high for points in the third quarter against Cleveland, Boston came within four points of matching the mark in outscoring San Antonio 37-21 to open the second half. Tatum and Brown combined for 22 points in the quarter. 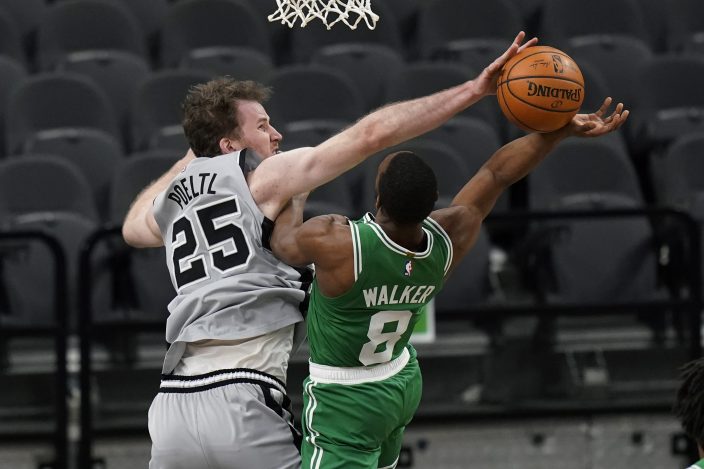 Boston Celtics guard Kemba Walker (8) is blocked by San Antonio Spurs center Jakob Poeltl (25) as he tries to score during the second half of an NBA basketball game in San Antonio, Wednesday, Jan. 27, 2021. (AP PhotoEric Gay)

San Antonio had a season-high 20 turnovers, including five during Boston’s 13-1 run to close the third.

Celtics: Boston played its second game against the West and first since beating Memphis 126-107 on Dec. 30. … Boston is 5-3 when using a starting lineup of Tatum, Brown, Smart, Theis and Tristan Thompson. … Boston is 0-3 this season when it trails entering the second half. 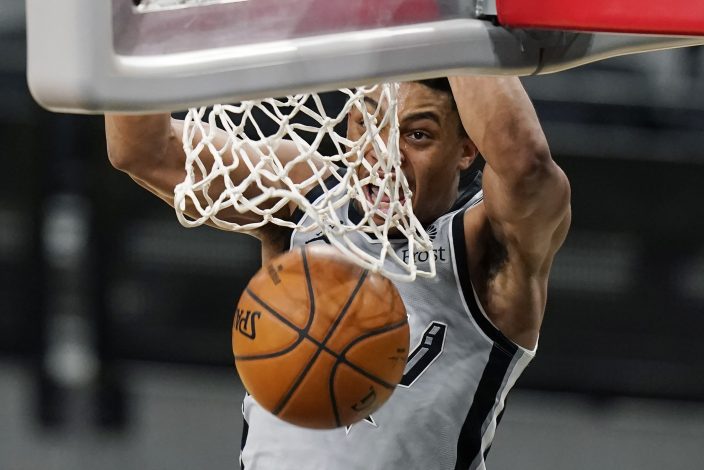 Spurs: San Antonio coach Gregg Popovich said starting guard Derrick White will return this weekend after missing 13 straight games. White fractured his left second toe in his season debut after sitting out the preseason and the team’s first four games following surgery on the same toe for a different injury. “He had contact again today. We’re just being conservative, I guess," Popovich said. "He probably could go out there tonight. He wants to go out there tonight. We opted to wait until the weekend. You’ll see him this weekend.” … Aldridge joined Dallas Mavericks forward Dirk Nowitzki as the only players in league history with 19,000 points, 8,000 rebounds, 1,000 blocks and 200 3-pointers.