Rudy Gobert had seasons high of 29 points and 20 rebounds, Jordan Clarkson added a season-high 31 points, and the Utah Jazz beat the Dallas Mavericks 116-104 on Wednesday night for their 10th straight victory.

Gobert also had three blocks and three steals to help the Jazz pass the Lakers — losers in Philadelphia on Wednesday, for the NBA's best record at 14-4.

The teams will complete the two-game set in Utah on Friday night. Utah Jazz guard Mike Conley (10) shoots a 3-pointer in the second half during an NBA basketball game against the Dallas Mavericks Wednesday, Jan. 27, 2021, in Salt Lake City. (AP PhotoRick Bowmer)

Joe Ingles had a season-high 21 points — on seven 3-pointers — and eight assists for Utah. He matched his career high with the seven 3s, falling one shy of tying the franchise record.

The Jazz played without leading scorer Donovan Mitchell after he entered the NBA concussion protocol. Ingles made his first start of the season in Mitchell’s place. 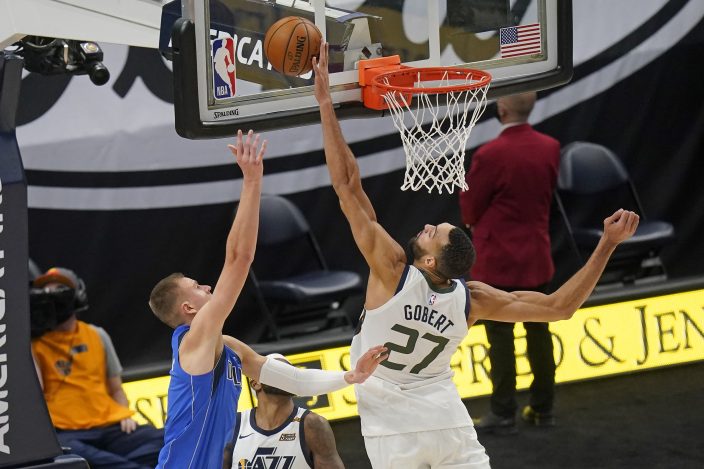 Dorian Finney-Smith and Josh Richardson returned to the Mavericks’ starting lineup after both players missed nine games apiece due to COVID-19 healthy and safety protocols. Dwight Powell also returned after an eight-game absence.

Utah got an early boost on offense from Ingles and Gobert. Ingles made a pair of 3-pointers and assisted on two other baskets to help the Jazz stake out a 23-12 lead. Both assists were on baskets from Gobert, who had 10 points in the first quarter.

The Jazz expanded their lead to 32-17 late in the first quarter following three straight baskets from Clarkson that capped a 9-0 run. Then, Clarkson scored 13 of Utah’s first 16 points in the second quarter. His final basket in that stretch put the Jazz up 48-27. 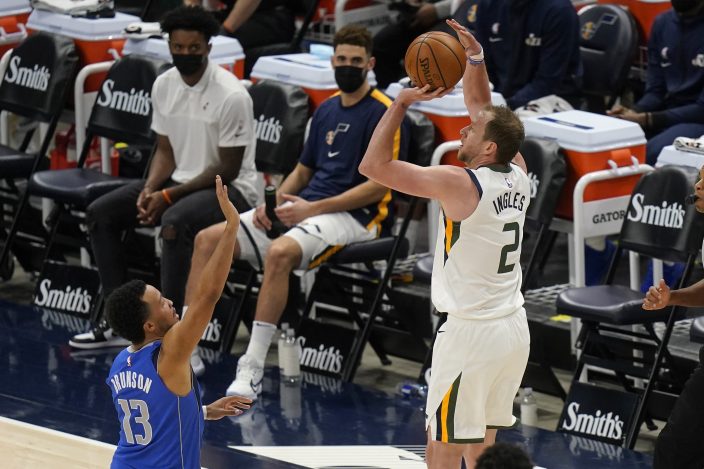 Utah led by as many as 25 points in the third quarter, going up 98-73 on a step-back 3-pointer from Clarkson.

Mavericks: Hardaway needs to make two 3-pointers to reach 1,000 career made 3-pointers. He made four 3s against the Jazz. … James Johnson had a season-high four blocked shots. … Dallas went 0 of 6 from 3-point range in the first quarter. 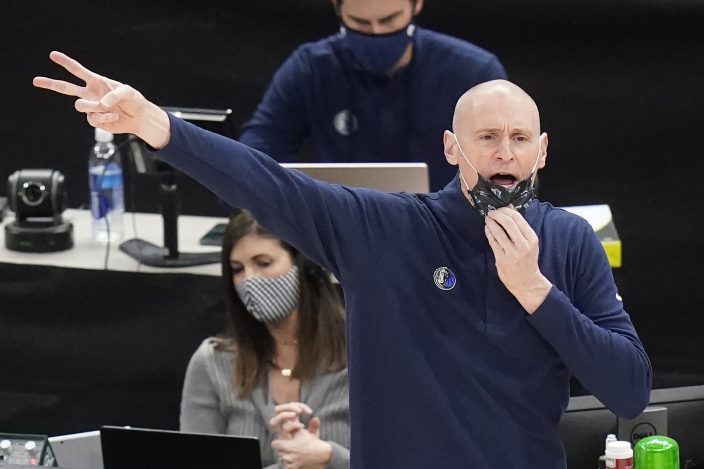 Dallas Mavericks head coach Rick Carlisle shouts to his team in the first half during an NBA basketball game against the Utah Jazz Wednesday, Jan. 27, 2021, in Salt Lake City. (AP PhotoRick Bowmer)

Jazz: Derrick Favors sat out with lower back soreness. … Seven of Ingles’ eight assists were on Gobert's baskets. … Gobert scored his most points in an NBA game since getting 35 points in a 108-101 victory over New York in March 2017.