Zion Williamson and Brandon Ingram each scored a season-high 32 points and the New Orleans Pelicans beat the depleted Washington Wizards 124-106 on Wednesday night.

Bradley Beal almost single-handedly kept the reeling Wizards in striking distance with 47 points. Washington got as close as eight points in the middle of the fourth quarter before the Pelicans pulled away in the final five minutes, highlighted by Williamson's soaring dunk of Ingram's lob from behind the 3-point line.

Ingram finished with a season-high seven 3-pointers on 12 attempts, making all five he attempted in the second half. Williamson did most of his scoring in the paint and added eight free throws to help New Orleans win for just the second time in 10 games. 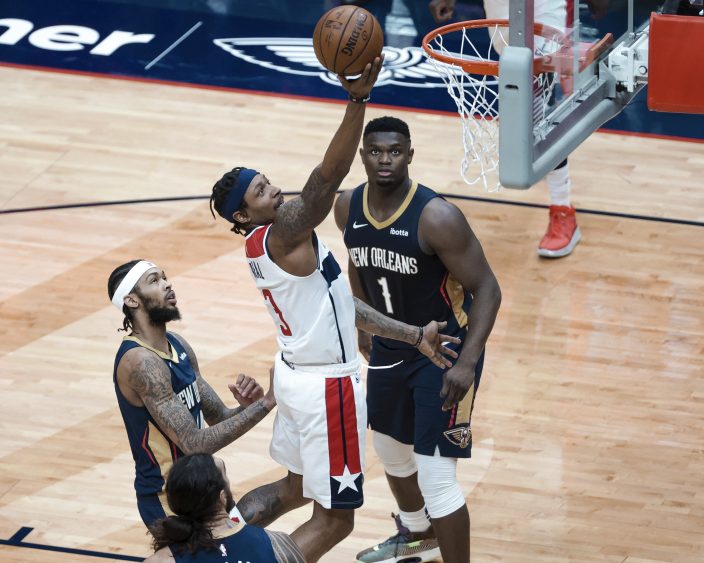 Garrison Mathews scored 15 points and Robin Lopez had 14 for Washington, which played without guard Russell Westbrook and lost for the sixth time in seven games.

New Orleans led by as many as 26 when Ingram's 15-foot pull-up made it 74-48, but Beal willed Washington back into the game during the next nine minutes. 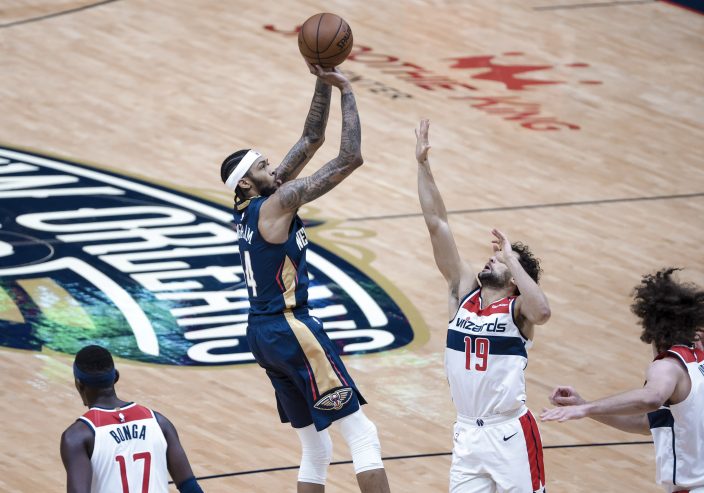 Beal's 24 points in the third quarter — during which he made four of five 3-point shots — helped the Wizards cut it to 94-80 by the end of the period.

Williamson scored 11 in the first quarter, highlighted by his left-handed runner over three converging defenders while being fouled, and New Orleans took a 35-18 lead into the second period.

Ingram missed four of his first five from deep but got a break when he heaved a deep 3 while being fouled by Beal and the ball hit the backboard, circled the rim and dropped in. The four-point play put the Pelicans up 64-41 late in the second quarter. 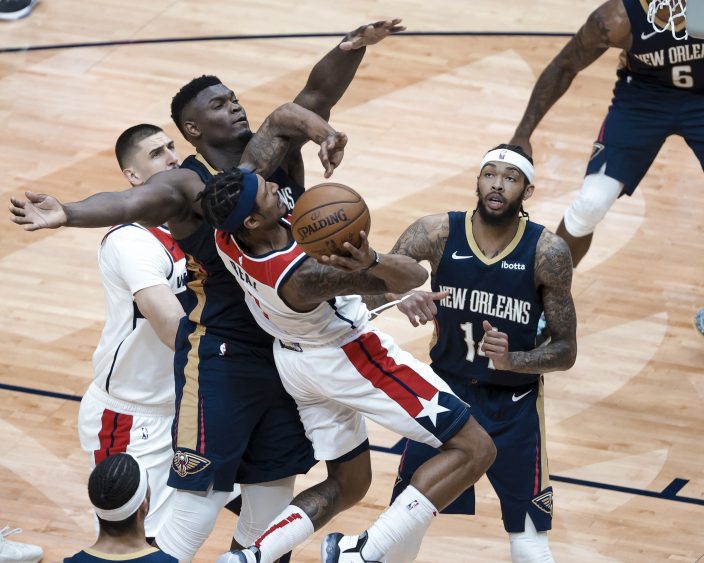 Williamson had 20 points by halftime, at which point New Orleans led 64-45.

Wizards: Westbrook, the Wizards' second-leading scorer, was scratched for rest after playing a night earlier in Houston. However, Wizards coach Scott Brooks did not rule out playing Westbrook on back-to-back nights later this season. ... Washington also was missing six players because of health and safety protocols. ... Brooks elected to give 6-foot-8, 216-pound Jordan Bell his first start of the season in an effort to match up better with the size of New Orleans' frontcourt. Bell had 11 rebounds and four points. ... Washington missed its first eight shots but trailed just 4-2 when Lopez hit a short hook. 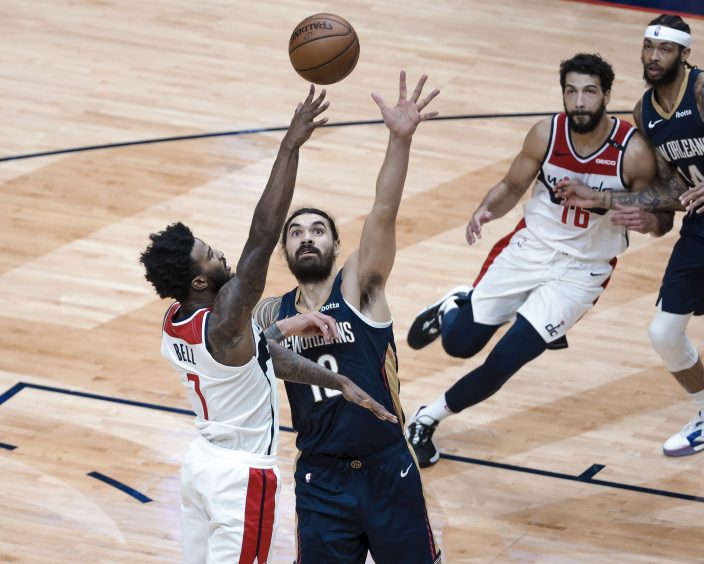 Pelicans: Adams has now had at least 16 rebounds in a game twice this season, the other coming at Utah last week, when he had 16. ... Guard Lonzo Ball did not return to the game after checking out late in the second quarter. The club said he had a sprained ankle. ... Reserve guard Josh Hart had eight rebounds, his ninth time this season with at least that many. ... New Orleans missed nine of 24 free throws.

The Wizards' Alex Len was called for a flagrant foul early in the fourth quarter when he grabbed Williamson by the shoulder with his left hand and right bicep with his right hand and pulled the Pelicans star to the floor as he tried to drive toward the hoop. Williamson was briefly in a prone position before getting up with a smile. Len wound up fouling out with 5:38 left.

Wizards: Host Atlanta on Friday to open a two-game homestand.

Pelicans: Host Milwaukee on Friday in the second of five straight home games.