The perpetrators were “anonymous mindless idiots,” Man United said on Thursday in a statement.

Sheffield United's winning goal on Wednesday at Old Trafford in the English Premier League struck Tuanzebe's outstretched leg and went in off the underside of the crossbar. Abuse targeting the players, who are both Black, included racist terms and emojis on their most recent Instagram posts. 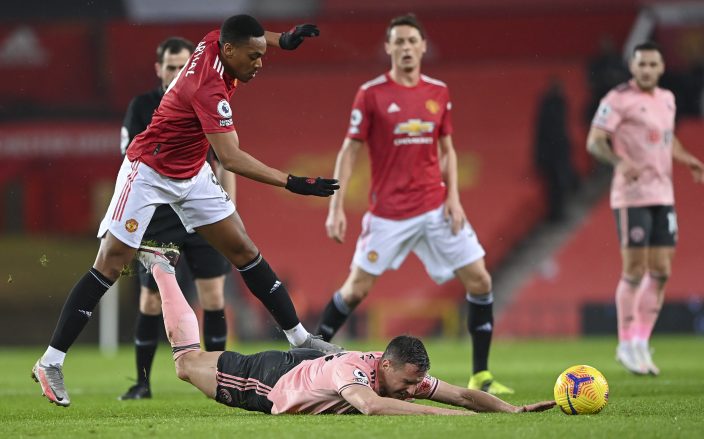 “Everyone at Manchester United is disgusted by the racial abuse received by players via social media after last night’s game,” the team said without identifying the players.

“We utterly condemn it and it is encouraging to see other fans condemn this on social media also.”

The club said it has “zero tolerance" of any form of racism or discrimination.

Captain Harry Maguire was among the supportive voices online, saying “UNITED against racism. We will not tolerate it.”

United next plays at Arsenal on Saturday.