Marcus Johansson had a goal and an assist, and Kevin Fiala, Nick Bjugstad and Joel Eriksson Ek also scored for Minnesota, which had lost two in a row. Kaapo Kahkonen made 32 saves for the Wild.

Dustin Brown, Drew Doughty and Alex Iafallo scored for Los Angeles in the second straight and fourth overall meeting between the two teams this season. Jonathan Quick stopped 23 shots for the Kings, who lost two defensemen to scary-looking injuries. 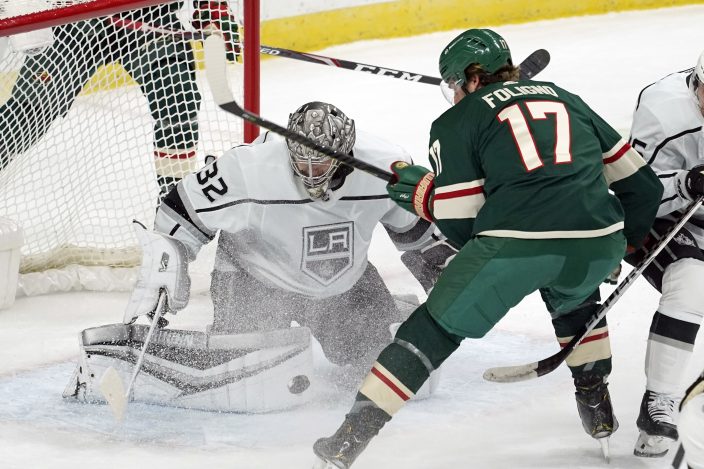 Matt Roy left after going headfirst into the boards, and Sean Walker was hit in the face by a slap shot.

The familiarity between the teams might be leading to some early tension. Minnesota forward Marcus Foligno and Los Angeles defenseman Kurtis MacDermid, who scored in the Kings’ 5-3 win on Tuesday, started a fight off the opening draw.

The Wild then took control. 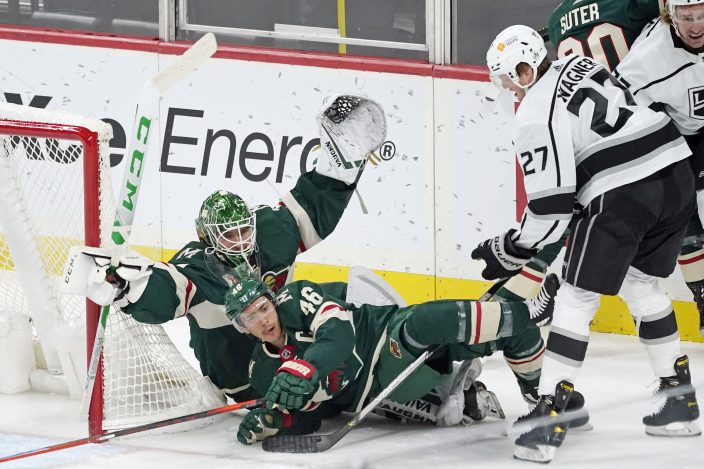 Johansson opened the scoring just 3:33 into the first with his second goal of the season.

Los Angeles had a chance to tie it when Kahknonen was knocked out of his net as Austin Wagner and Jared Spurgeon collided with the goaltender. The Kings missed a shot on the open net and Fiala blocked a shot to spring himself for a breakaway that he snapped past Quick. It was Fiala's third goal in four games.

Johansson then set up Kaprizov with a nifty, cross-ice pass to cap the scoring in the first. 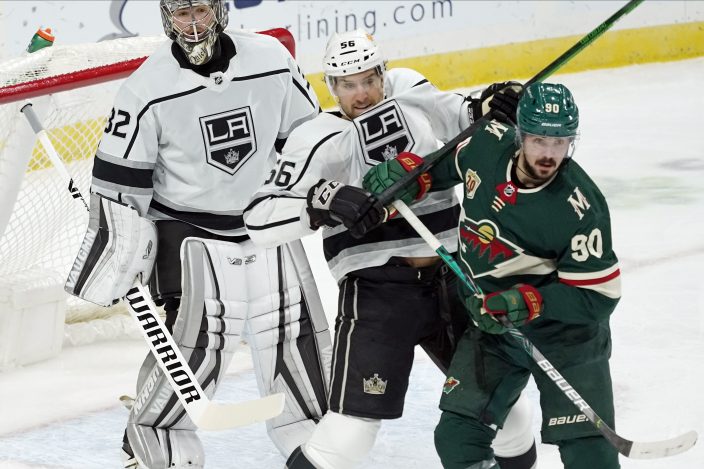 Minnesota allowed Los Angeles back into the game in the second by making a series of trips to the penalty box. The Wild were called for 11 minutes worth of penalties in the first 12:09 of the period.

Fiala was assessed a five-minute major and game misconduct after he pushed Roy going into the boards. Roy tried to stop and his skates went out from underneath him, causing him to go headfirst into the boards.

Roy was down for several minutes before being helped off the ice. 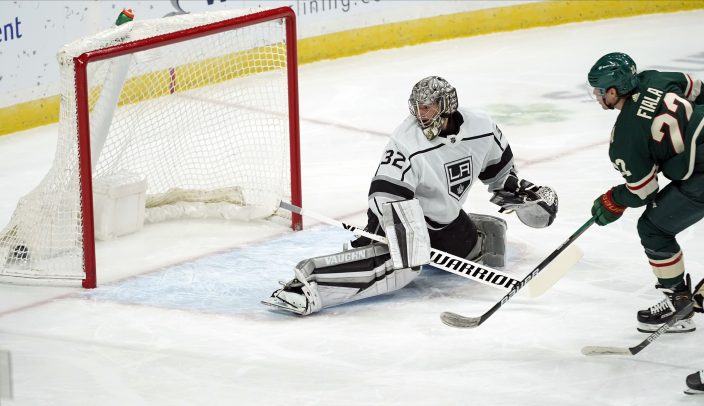 Brown and Doughty’s goals both came on the power play.

Along with Roy leaving the game, Walker was hit in the face by Matt Dumba's slap shot in the third. Walker dropped to the ice and left a trail of blood as he tried to skate back to the bench. 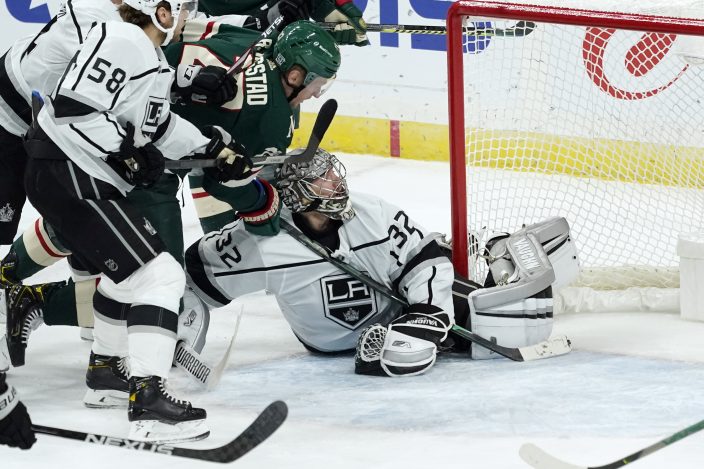 ATHANASIOU OUT DUE TO COVID

Before the game, Los Angeles put forward Andreas Athanasiou on the COVID-19 protocol list. The announcement came after the team’s morning skate and there was no further information added. Wagner took Athanasiou’s spot in the lineup. 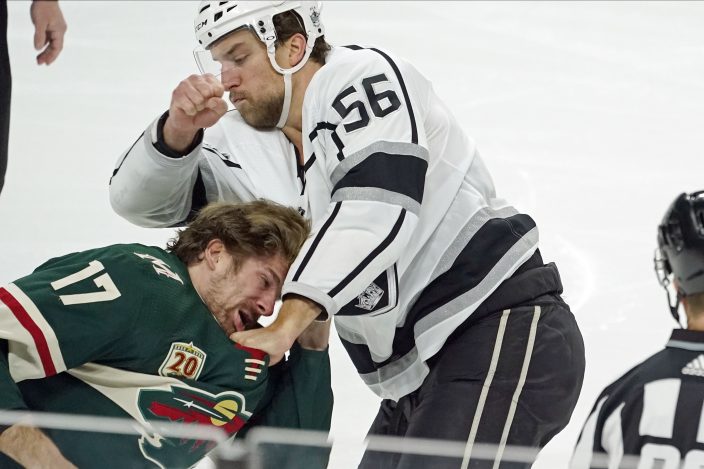 Kings: Return home and get a short break before hosting Anaheim on Feb. 2.

Wild: Host the Colorado Avalanche for two games back-to-back starting on Saturday as part of a season-long, six-game homestand.