China recorded more than 2,000 new domestic cases of COVID-19 in January, the highest monthly total since the tail end of the initial outbreak in Wuhan in March of last year.

The National Health Commission said Sunday that 2,016 cases were reported from Jan. 1-30. That does not include another 435 infected people who arrived from abroad. The tally for Jan. 31 is due to be released Monday.

Two people have died in January, the first reported coronavirus deaths in China in several months. 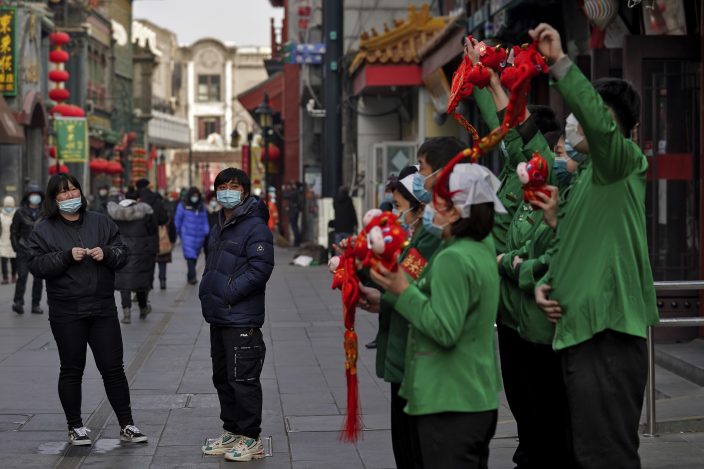 A man and a woman, both wearing face masks to help curb the spread of the coronavirus, look at workers holding lunar new year deco and ox soft toys cheer outside their retail shop near Qianmen Street, a popular tourist spot in Beijing, Sunday, Jan. 31, 2021. China and WHO expert team will carry out "scientific and rigorous joint research" on looking into the COVID-19 origins, the National Health Commission said on Sunday. (AP PhotoAndy Wong)

Most of the new cases have been in three northern provinces. Hardest-hit Hebei province, which borders Beijing, has reported more than 900 cases. Beijing, the Chinese capital, has had 45 cases this month.

The numbers, while low compared to many other countries, have prompted officials to tighten restrictions and strongly discourage people from traveling during the upcoming Lunar New Year, a major holiday when people typically return home for family reunions. 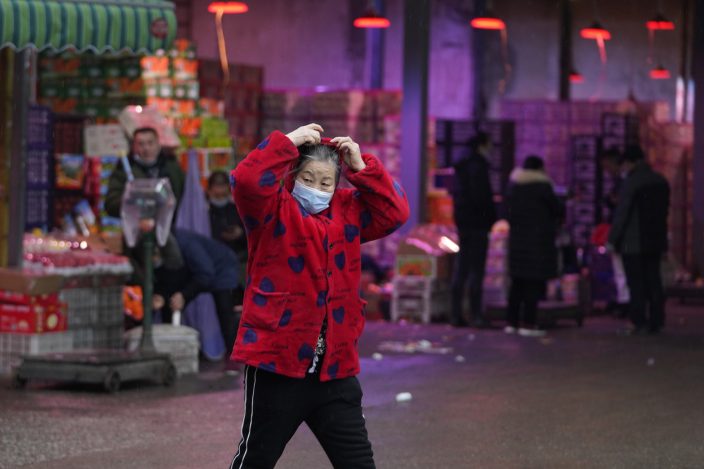 A woman wearing her mask walks past a fruit market near the Huanan Seafood Market in Wuhan, China, Sunday, Jan. 31, 2021. Scientists initially suspected the coronavirus came from wild animals sold in the market. The market has since been largely ruled out but for the visiting WHO team of international researchers it could still provide hints to how the virus spread so widely. (AP PhotoNg Han Guan)

In other developments around the region:

— A World Health Organization team looking into the origins of the coronavirus pandemic has visited the food market in the Chinese city of Wuhan that was linked to many early infections. The team members visited the Huanan Seafood Market for about an hour Sunday afternoon. The market was the site of a December 2019 outbreak of the virus. Scientists initially suspected the virus came from wild animals sold in the market. The market has since been largely ruled out but it could provide hints to how the virus spread so widely. The WHO mission has become politically charged, as China seeks to avoid blame for alleged missteps in its early response to the outbreak.

— South Korea says it will maintain elevated social distancing measures for at least two more weeks as health officials raise concerns about a possible surge in coronavirus infections surrounding the Lunar New Year holidays. The country’s vice health minister on Sunday pleaded with people to stay home during the holidays as he announced the government decision to extend a clampdown on private social gatherings of five or more people through the end of the holiday on Feb. 14. The government will also maintain restrictions on indoor dining in the Seoul metropolitan area for another two weeks, requiring restaurants to provide only deliveries and take out after 9 p.m. South Korea reported another new 355 cases on Sunday. 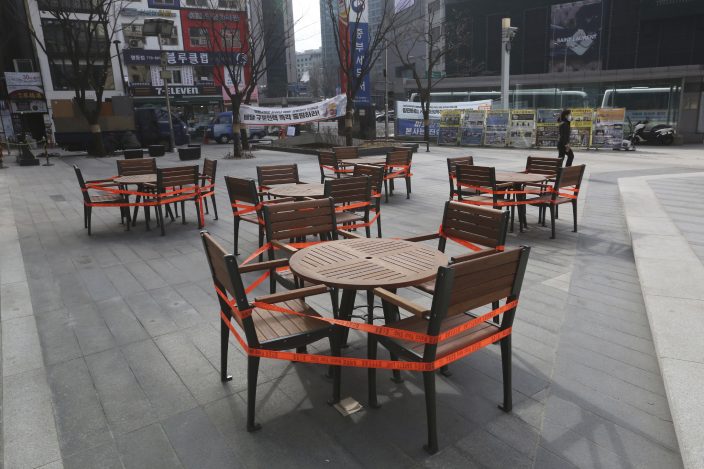