The Miami Heat may have another player missing games for virus-related reasons, after second-year guard Tyler Herro revealed that someone who lives with him tested positive for COVID-19.

Herro is listed as questionable on the team’s injury report for Monday’s game against the Charlotte Hornets, that announcement coming Sunday afternoon — less than 24 hours after Herro learned of the positive test and his potential exposure.

The reason the Heat cited for having Herro on the report is the NBA’s health and safety protocols, which only means it is a virus-related reason and does not suggest that he tested positive. Herro was not with the team for practice Sunday. 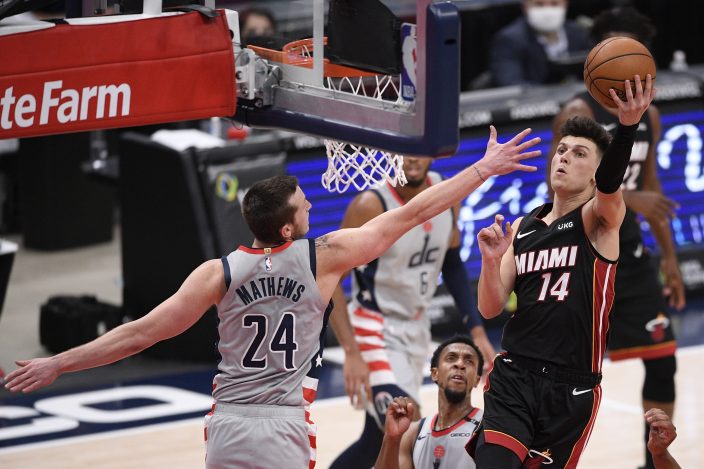 Miami — off to a 7-12 start after going to the NBA Finals last season — has already had eight players miss a combined 30 games for virus-related reasons, including a 10-game absence for All-Star forward Jimmy Butler. If Herro cannot play Monday, he’d become the ninth Heat player on that list.

“By any means necessary right now,” Heat coach Erik Spoelstra said. “We’ve been through so much. I think everybody is able to adapt to this. This is what’s required right now.”

Not long after Miami beat Sacramento 105-104 to snap a five-game losing streak Saturday night, Herro publicly stated that someone living in his home had just tested positive. Herro is tested daily and obviously had not tested positive Saturday, since the NBA and Heat permitted him to be on the floor; he played a team-high 40 minutes and scored 15 points. 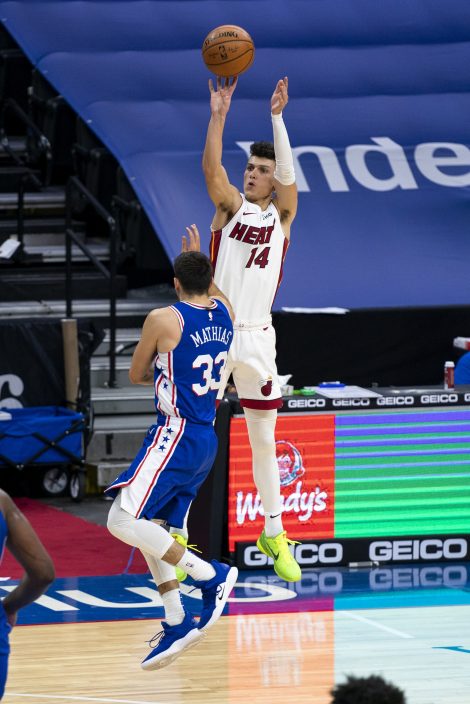 But even being around someone who has the virus sets the NBA’s contact-tracing wheels into motion, to determine if Herro could have been exposed. That investigation will determine if Herro — who had the virus last season, before the NBA’s restart bubble at Walt Disney World was launched — will have to quarantine and if so, for how long. Such absences have typically been about a week, some a bit shorter.

“We all know how crazy this time is going,” Herro said Saturday. “Someone who lives with me tested positive before the game and I found out at halftime. I don’t know; hopefully, I don’t have to quarantine. It’s just crazy what’s going on. It’s crazy.”

Herro is averaging 17.5 points this season. He missed seven games in January because of neck spasms. Butler returned from his virus-related hiatus with a season-high 30 points, the last two of them coming with 42.1 seconds left in Saturday’s win.

Part of the NBA probe into Herro’s situation will determine if he is a close contact, as defined by the Centers for Disease Control and Prevention. That would mean he would have been within 6 feet of an infected person “for a cumulative total of 15 minutes or more over a 24-hour period” in the past two days.

The Heat could get three guards back on Monday. Kendrick Nunn didn’t play Saturday; he wasn’t cleared by game time while awaiting the results of a COVID-19 test, though he did get the negative result back during the game. Avery Bradley (knee) and Goran Dragic (groin) also may be able to return from injuries.

“Ever since the pandemic hit, everything’s been kind of in the air,” Nunn said. “You take every day for what it is. Adversity ... things happen.”

Miami has used 14 starting lineups in its first 19 days, because of all its virus and injury issues. If Herro can't play Monday, a 15th lineup would seem possible.

Heat planning to bring back some fans, with help from dogs