China's rising Freeski superstar Eileen Gu, also known by her Chinese name, Gu Ailing, credited her grandmother for making her the success she is today.

"She's invincible, I'm convinced she is immortal," the 17-year-old told Xinhua in an exclusive interview on Sunday about her 85-year-old Chinese grandmother, Guo Zhenseng, whose early attention and love put her granddaughter on the path to her current stardom.

Gu's historic performance at the 20th Aspen X-Games - two golds and a bronze in three events - in her first-ever X-Games, dominated international sports headlines this weekend. 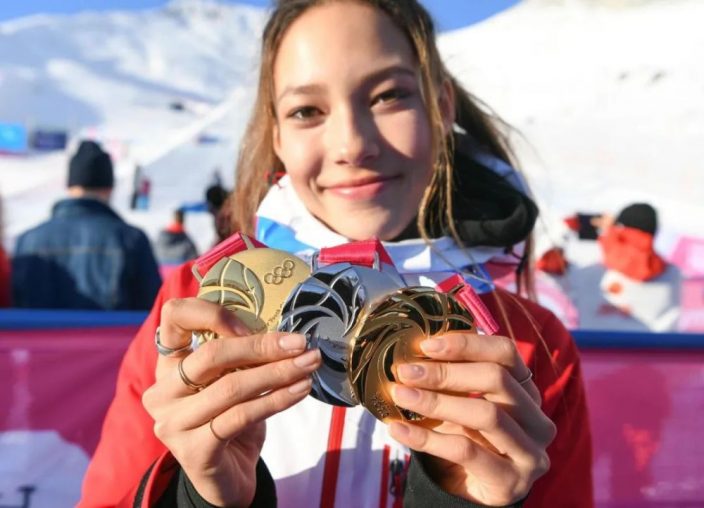 In a stunning breakout effort, the teenager became the first Chinese athlete to top the podium in the history of the extreme sport, the first rookie to win X-Games gold, and the fourth athlete in X-Games history to win three medals in one event.

"Insane, just insane," a still excited Gu said Sunday, the final day of the vaunted Aspen Winter X-Games where future extreme Olympians are crowned. "I came here with no expectations, I just wanted to do my best."

Her best was remarkable, and well above the rest. 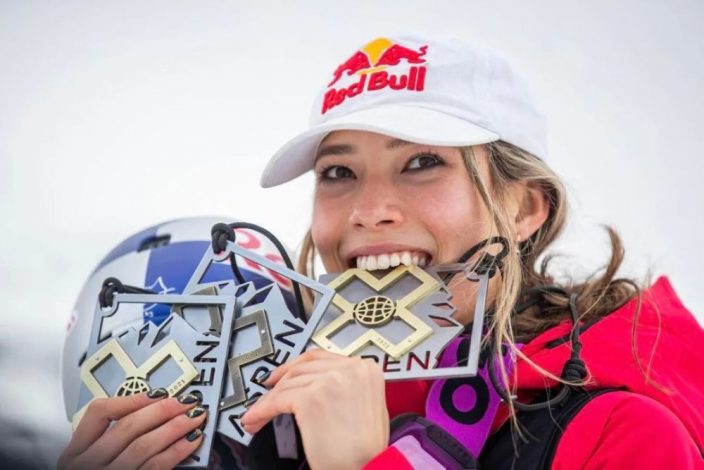 In the interview, Gu confided that the energy and drive "to do your best," that had been ingrained in her by her diminutive, octogenarian grandmother, was a key catalyst that carried her to victory.

"I was texting my grandmother on WeChat from Aspen, asking if there was anything I could get her when I go home," Gu said. "We talk every day, and are incredibly close."

About stealing the X-Games spotlight and being called a superstar this weekend by international sports media, Gu modestly responded, "I'm massively humble. I am immeasurably grateful for all the love I have received."

Gu credited her X-Games success to a relentless training regimen, 8.5 hours a day, even during competitions, for polishing her tricks and giving her the confidence to excel.

"Knowing my competition had more time on snow, I knew I needed that intense regimen to be competitive," she told Xinhua.

The strategy paid off richly.

"I experienced two types of nervousness, one over it being my first X-Games, and the second over performing my tricks. So the hectic practice mitigated half of that nervousness," she said, explaining why she nailed trick after trick flawlessly.

With a Chinese mother and American father, Gu was born and raised in San Francisco, but surprised U.S. sports experts when she announced in 2019 she would compete for China, and had her eyes set on the 2022 Beijing Winter Olympics. 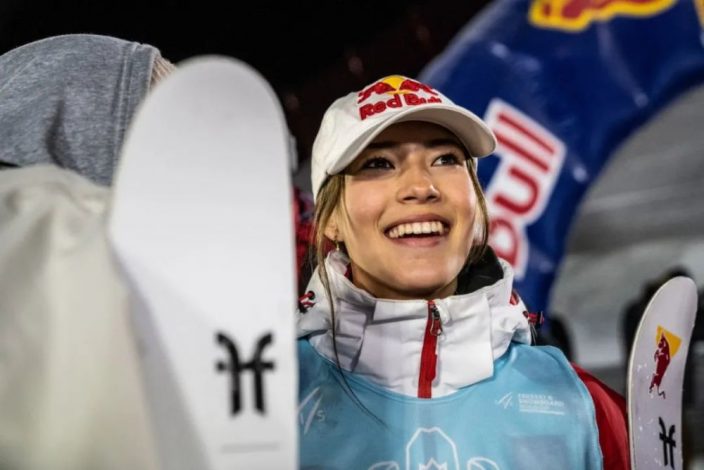 Her decision was partially triggered by China's plan to attract 300 million Chinese people to winter sports by the 2022 Beijing Winter Olympics.

When the numbers-smart Gu, who was taught multiplication tables by her grandmother as a toddler, considered the potential impact for her to encourage millions of Chinese to adopt skiing, the then 15-year-old switched to team China.

Her altruistic hope to become a role model or ambassador for her sport, to possibly bring millions of young Chinese women into the skiing fold, and to ultimately connect the two countries, China and the United States, also took priority.

Other factors made the decision easier.

"I was raised bilingual, and spent every summer in Beijing, so I know Chinese culture and American culture as well. So I have that dual identity - where together, two halves make a whole for me," Gu said.

Soon thereafter, the drive and focus emphasized by her grandmother helped the competitive Gu graduate early from high school, so she could take a gap year to train for the Olympics, before starting at Stanford University in fall 2022. 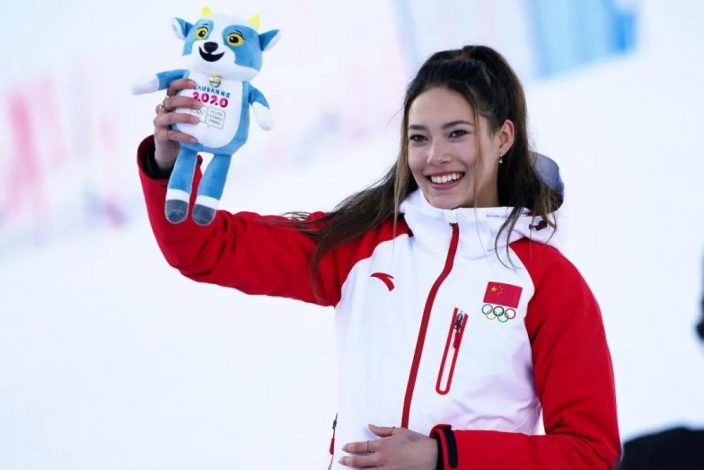 From academics, where she nailed 1,580 out of a possible 1,600 on her SATs, to becoming an accomplished pianist, a fashion model traveling to China for photoshoots, even an accomplished long-distance runner, Gu was able to achieve excellence across the board, thanks to her older mentor.

"It is my goal to use sports as a bridge, and then possibly policy later," Gu told Xinhua of her desire to better connect China and America, adding that she would enjoy international relations or public policy studies at Stanford.

With daily guidance and tutoring from her remarkable grandmother, everything young Gu touched turned to gold. In fact, the 17-year-old and 85-year-old still run together.

Through role-modeling herself, grandma Guo showed her young disciple the strength and determination of women. As a mere high school freshman, Gu delivered a powerful speech to a high school audience of 400 people about women's equality.

It was "stressful" but a gigantic confidence booster for Gu, then 12-years-old.

Bert Parsley’s vision was bold and ...