South Africa will give the unapproved Johnson & Johnson vaccine to its front-line health care workers beginning next week as a study to see what protection it provides from COVID-19, particularly against the variant dominant in South Africa, the health minister announced Wednesday.

Zweli Mkhize said South Africa has scrapped plans to use the Oxford-AstraZeneca vaccine because it “does not prevent mild to moderate disease” of the variant that has spread widely in South Africa.

The one-shot J&J vaccine is still being tested internationally and has not been approved in any country. 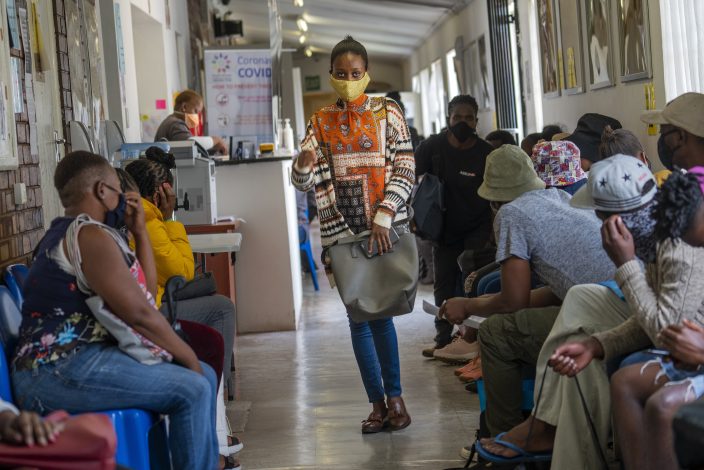 FILE - In this Nov. 30, 2020 file photo, volunteers wait to be checked at a vaccine trial facility set at Soweto's Chris Sani Baragwanath Hospital outside Johannesburg, South Africa. South Africa suspended plans Sunday Feb. 7, 2021 to inoculate its front-line health care workers with the AstraZeneca vaccine after a small clinical trial suggested that it isn't effective in preventing mild to moderate illness from the variant dominant in the country. (AP PhotoJerome Delay, File)

But Mkhize, in a nationally broadcast address, declared that the vaccine is safe, relying on tests of 44,000 people done in South Africa, the United States and Latin America.

The J&J vaccines will be used to launch the first phase of South Africa’s vaccination drive in which the country’s 1.25 million health care workers will be inoculated, he said, adding the medical workers will be closely monitored to see what protection they get from the inoculation.

“The Johnson & Johnson vaccine has been proven effective against the 501Y.V2 variant (dominant in South Africa) and the necessary approval processes for use in South Africa are underway,” said Mkhize. 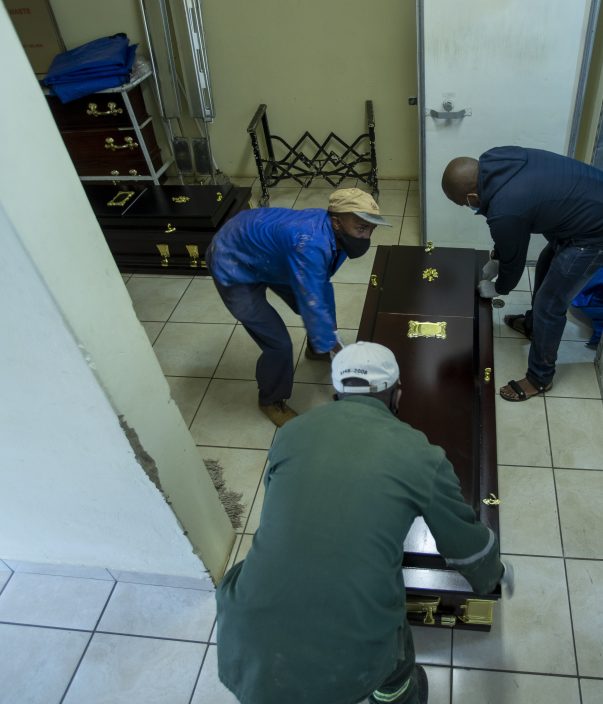 Funeral workers move the coffin of a COVID-19 victim to ahead of a funeral in Vereeniging, east of Johannesburg, South Africa, Saturday, Feb. 6, 2021. (AP PhotoThemba Hadebe)

“The roll-out of vaccination will proceed in the form of an implementation study with the partnership of the Medical Research Council and the National Department of Health vaccination sites across the country," he said. "This will provide valuable information about the pandemic in the post-vaccination community and thus, ensure early identification of breakthrough infections should they occur amongst vaccinated health workers.”

Those vaccine shots will be followed by a campaign to vaccinate an estimated 40 million people in South Africa by the end of the year. South Africa will be using the Pfizer vaccine and others, possibly including the Russian Sputnik V and the Chinese Sinopharm vaccine, Mkhize said. 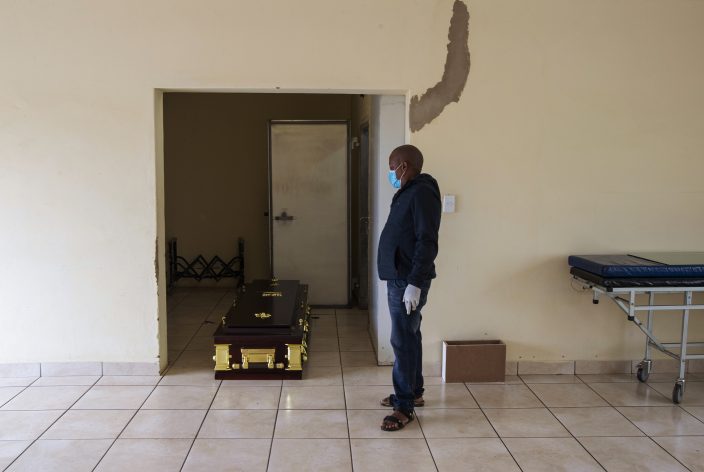 A mortuary worker stands next to a coffin carrying the body of a person who died of COVID-19 ahead of a funeral home in Vereeniging, east of Johannesburg, South Africa, Saturday, Feb. 6, 2021. (AP PhotoThemba Hadebe) 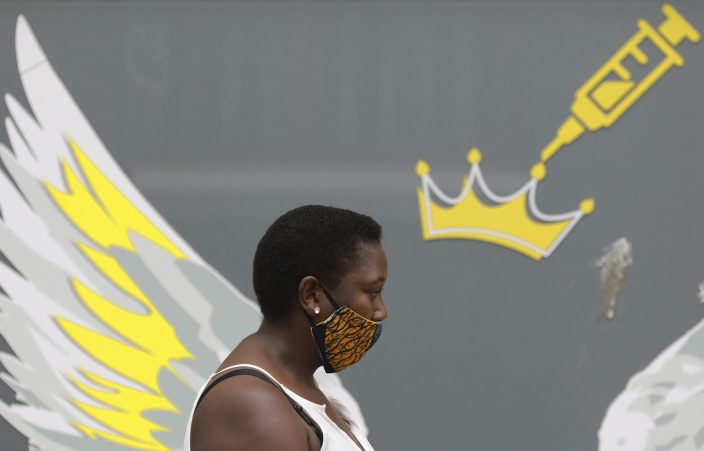 A woman wears a mask to protect against coronavirus as the passes a wall mural depicting a syringe , n Cape Town, South Africa, Thursday, Jan. 21, 2021. South Africa is preparing a hero’s welcome Monday, Feb. 1, 2021 for the delivery of its first COVID-19 vaccines — 1 million doses of the AstraZeneca vaccine produced by the Serum Institute of India. South African President Cyril Ramaphosa will be part of the red-carpet welcome at Johannesburg’s O.R. Tambo International Airport for the shipment of the vaccines, which will be followed up later this month by another 500,000 doses of the vaccine. (AP PhotoNardus Engelbrecht)