South Africa captain Heinrich Klaasen won the toss and elected to field against Pakistan in the first Twenty20 on Thursday.

De Kock, Faf du Plessis, Rassie van der Dussen, Kagiso Rabada and Lungi Ngidi were supposed to prepare for the home test series against Australia, but that series was postponed while the T20 squad was en route to Pakistan. 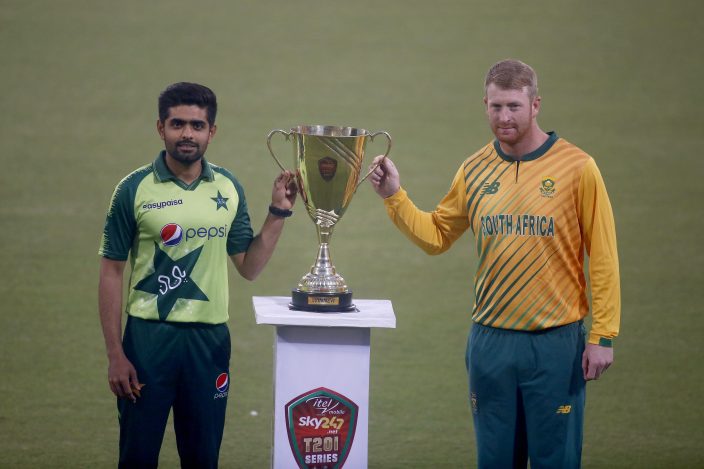 South Africa handed a T20 debut to 26-year-old allrounder Jacques Snyman, who bowls offspin and bats in the middle order.

Allrounder Mohammad Nawaz was recalled by Pakistan for the first time since 2018.

Captain Babar Azam will open the innings with wicketkeeper-batsman Mohammad Rizwan, which gave Pakistan a chance to include extra allrounder Nawaz along with Faheem Ashraf.

The remaining two games in the three-match series will also be in Lahore this weekend.

Pakistan hopes to carry test form into T20s against SAfrica

Rizwan's 73no stretches Pakistan lead to 288 in 2nd test

Pakistan slips to 229-7 in 2nd test against SAfrica

Pakistan coach warns against complacency in 2nd test vs SA

Pakistan on track to win 1st test after spinning out SAfrica