Tammy Abraham put Chelsea into the FA Cup quarterfinals by scoring the second-half winner in a 1-0 victory over second-tier club Barnsley, which missed several chances to stage an upset.

Abraham tapped in from close range in the 64th minute after a low cross from Reece James to set up a quarterfinal against Sheffield United.

Southampton also advanced after a 2-0 win at Wolverhampton Wanderers, with Danny Ings and Stuart Armstrong netting a goal each. 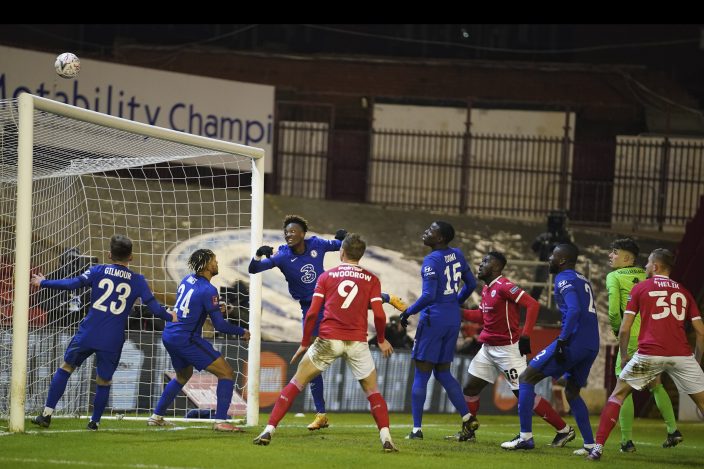 Chelsea's Tammy Abraham, 3rd from left clears the ball from his own goal line as Chelsea's goalkeeper Kepa Arrizabalaga, 2nd right looks on during the English FA Cup fifth round soccer match between Barnsley and Chelsea at the Oakwell Stadium in Barnsley, England,Thursday Feb. 11, 2021. (AP PhotoDave Thompson, Pool)

Chelsea remained undefeated in five games under Thomas Tuchel, but was made to work hard for the win against a team that is 13th in the second-tier Championship.

Callum Brittain missed two chances to give Barnsley the lead in the first half. The midfielder’s close-range effort from Alex Mowatt’s cross in the 10th minute forced a superb reaction save from Kepa Arrizabalaga. Then his shot following a clever corner routine just before halftime was deflected off target.

In between, Chelsea was denied a penalty by referee Martin Atkinson. 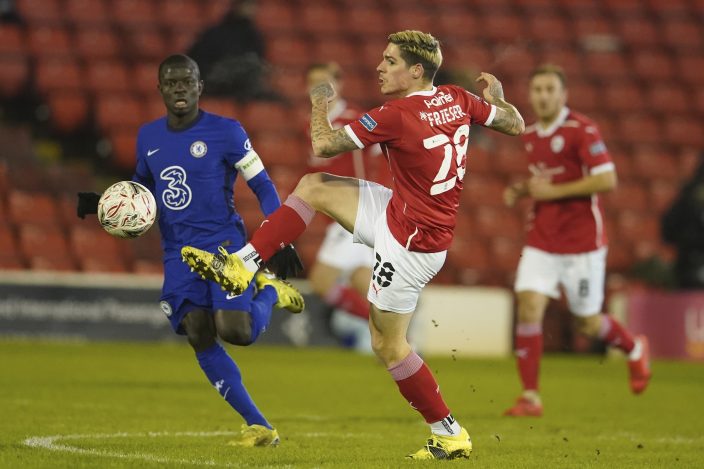 Abraham galloped onto Billy Gilmour’s through ball and Barnsley defender Toby Sibbick caught the Chelsea striker’s foot as he slid in for a goal-saving challenge.

Chelsea had not managed an effort on target by the hour mark but took the lead when James ran down the right flank and squared for Abraham to sidefoot into an empty net.

Replays showed Abraham may have been offside when James played the ball across, but there is no VAR used in the FA Cup. 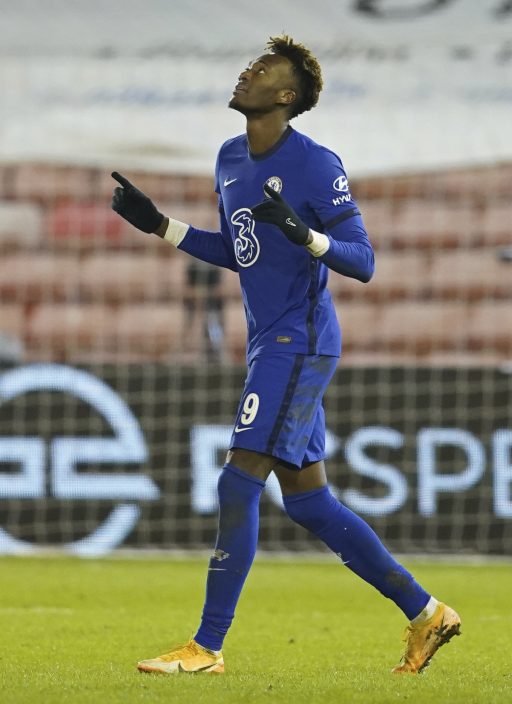 Abraham then rescued Chelsea at the other end, bailing out Arrizabalaga.

The Blues goalkeeper failed to get anywhere near a free kick into the area but Abraham was on hand to head Barnsley substitute Michael Sollbauer’s hooked effort off the goal-line from under the crossbar.

American forward Daryl Dike came off the bench in the 59th minute to make his debut for Barnsley. The 20-year-old Dike is on loan from MLS club Orlando City.

The draw for the quarterfinals handed Premier League leader Manchester City an away game at Everton, which beat Tottenham 5-4 after extra time on Wednesday.

In another intriguing matchup, Manchester United was handed a trip to Leicester. The two teams are second and third, respectively, in the Premier League and drew 2-2 when they last met on Boxing Day.

Southampton will travel to Championship side Bournemouth.

Ings ended a five-game goal drought by giving Southampton the lead in the 49th minute and Armstrong sealed the result in stoppage time after a mistake by goalkeeper John Ruddy.

The quarterfinals are scheduled to take place over the weekend of March 20-21.