Jurgen Klopp composed himself, gave a little chuckle, and rubbed his nose.

The Liverpool manager had just seen his team collapse at Leicester to a 3-1 loss — a third straight defeat in its faltering defense of the English Premier League trophy — and Klopp was being asked if the defense was over, even with three months left in the season.

“Yes,” Klopp eventually said. “I can’t believe it. But yes.” 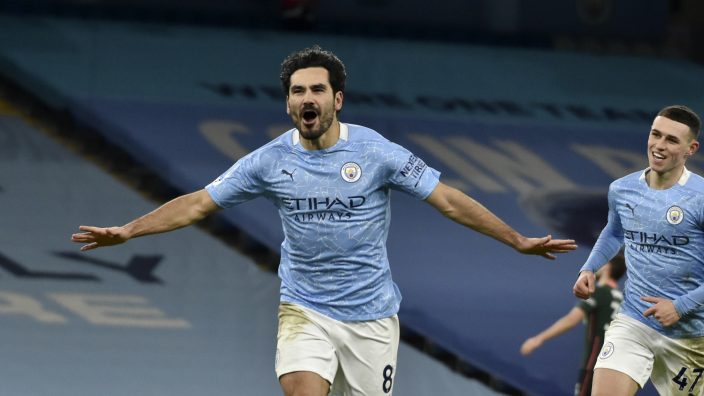 Indeed, Liverpool’s meltdown has been bewildering over the last six weeks. Since a 7-0 thrashing of Crystal Palace just before Christmas, the champions have won just two of their 10 games in the league and are drowning in their defensive shortcomings.

They find themselves in fourth place and 13 points behind relentless leader Manchester City, which beat Tottenham 3-0 later Saturday for an 11th straight league win. City still has a game in hand over Liverpool and second-placed Leicester, which is seven points adrift.

“I don’t think we can close that gap this year, to be honest,” said Klopp, whose team might even struggle to finish in the top four. 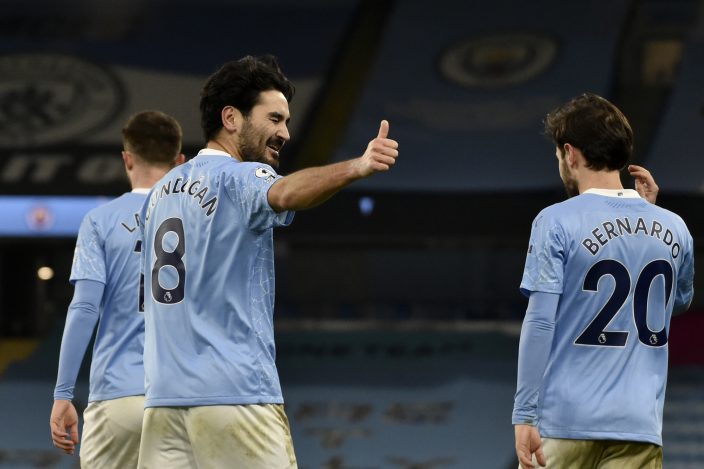 A ray of light for City’s rivals might be an injury sustained by its star player of recent weeks; Ilkay Gundogan hobbled off clutching his right groin. Not, though, before he had scored twice — his second after running on to a long pass by goalkeeper Ederson Moraes — to extend the best goal-scoring run of his career.

That’s 11 goals in his last 12 league games for Gundogan, who also scored twice in a 4-1 win at Liverpool last weekend -- after which Klopp basically acknowledged City likely couldn’t be stopped.

Burnley beat Crystal Palace 3-0 in the other game to move 11 points clear of the relegation zone.