So good for so long lately, Naomi Osaka was just one point from the end of her lengthy winning streak, one point from leaving the Australian Open with a loss to Garbiñe Muguruza.

Bleak as things looked for her late in a big-hitting matchup of Grand Slam champions and former No. 1-ranked women, Osaka never wavered, erasing two match points and grabbing the last four games to edge Muguruza 4-6, 6-4, 7-5 at Rod Laver Arena in the fourth round Sunday (Saturday night EST).

The third-seeded Osaka returns to the quarterfinals of a tournament she won in 2019 for one of her three major trophies. Osaka ran her winning streak to 18 matches — a run that included a U.S. Open title in September — and put a stop to Muguruza's own fine form of late. 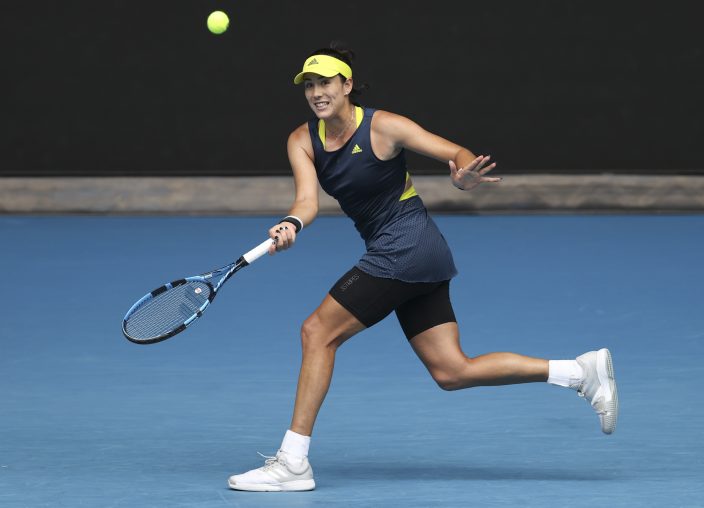 Heading into Sunday — the second day of the tournament without any spectators, because of a local COVID-19 lockdown — two-time major champion Muguruza had been broken only once in this Australian Open. She had dropped a total of 10 games through three matches.

But Osaka broke her five times and won 17 games in all in a contest featuring entertaining baseline back-and-forth play and terrific serving by both on a cloudy day with the temperature in the mid-60s Fahrenheit (high teens Celsius).

“I was a bit intimidated, because I knew that she was playing really well coming into this match,” Osaka said. “In the stressful points, I feel like I just had to go within myself. And I know that today I probably hit a lot of unforced errors, but I feel like it was what I needed to do, because I couldn't really give her any short balls because she would finish it.” 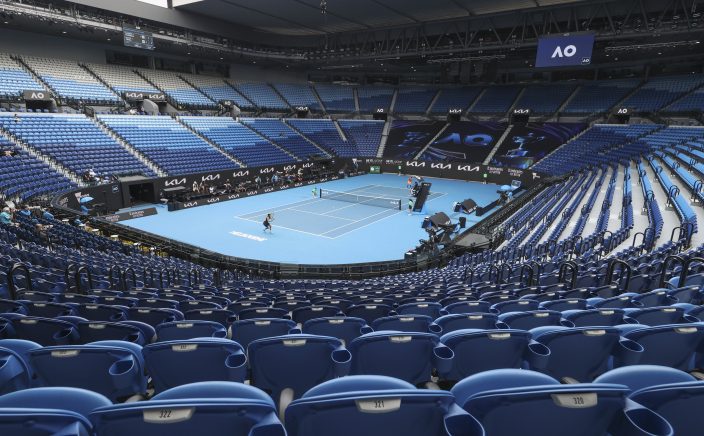 Japan's Naomi Osaka and Spain's Garbine Muguruza, left, play their fourth round match on Rod Laver Arena at the Australian Open tennis championship in Melbourne, Australia, Sunday, Feb. 14, 2021.The Australian Open continues but without crowds after the Victoria state government imposed a five-day lockdown starting Saturday in response to a COVID-19 outbreak at a quarantine hotel.(AP PhotoHamish Blair)

The key moment came when Osaka was serving at 15-40 while trailing 5-3 in the final set. Muguruza could not convert either of those match points: Osaka delivered one of her 11 aces at 118 mph (191 kph) on the first; Muguruza missed a groundstroke on the second.

Fifteen minutes later, the match would be over. 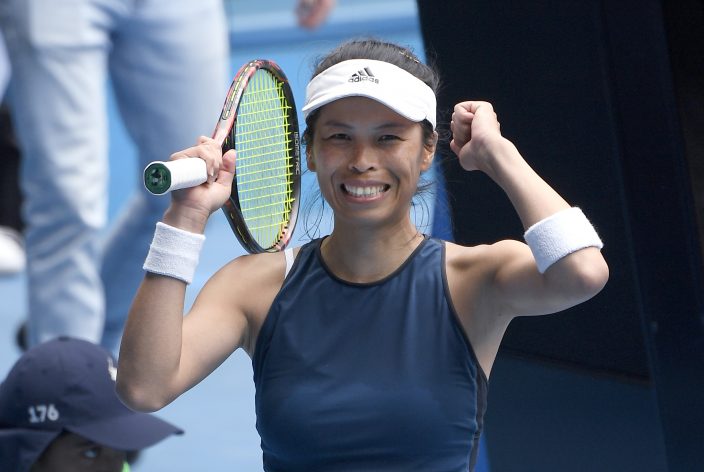 Taiwan's Hsieh Su-Wei celebrates her win over Marketa Vondrousova of the Czech Republic during their fourth round match at the Australian Open tennis championships in Melbourne, Australia, Sunday, Feb. 14, 2021. (AP PhotoAndy Brownbill)

Muguruza served for the win in the next game and got broken when Osaka smacked a cross-court forehand winner to close a 14-stroke exchange. After holding to go up 6-5, Osaka broke Muguruza yet again to win their first head-to-head meeting.

Osaka, a 23-year-old who was born in Japan and moved to the U.S. with her family when she was 3, now faces unseeded 35-year-old Hsie Su-wei of Taiwain with a semifinal berth at stake.

“I'm not really looking forward to it,” Osaka said. “She’s going to be really tough.” 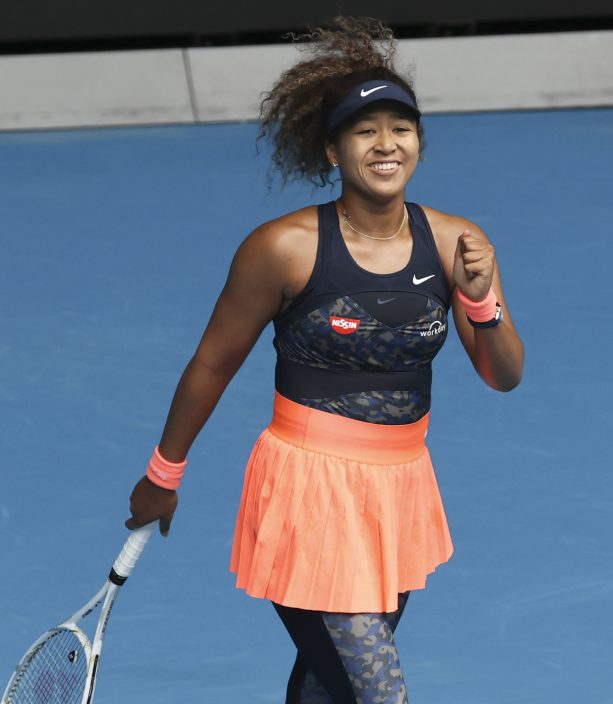 The other fourth-round matches on this side of the women's draw were later Sunday: Serena Williams vs. Aryna Sabalenka, and Simona Halep vs. Iga Swiatek.

The 71st-ranked Hsieh’s 6-4, 6-2 victory over 2019 French Open finalist Marketa Vondrousova made her the oldest woman to make her major quarterfinal debut in the professional era.

This is Hsieh’s 38th main-draw appearance at a Grand Slam tournament.

Hsieh plays with an unusual style that includes two-handed shots off both sides, and that might have flustered the 19th-seeded Vondrousova, who made 31 unforced errors, 13 more than the winner.