Pope Francis on Sunday praised Colombia for its recent decision to grant protection to Venezuelans who fled their homeland’s economic hardships, as he encouraged people to express gratitude to all those who help migrants.

In remarks to the faithful in St. Peter’s Square, Francis said he wanted to recognize Colombia's decision, which he said would allow Venezuelans to enjoy “welcome, protection and integration.”

The 10-year protection statute announced by Colombia's president last week will give 1.8 million Venezuelans now living in Colombia permission to stay and the possibility to apply for permanent residency. Venezuelan migrants hope the measure will make it easier to obtain work and access social services. 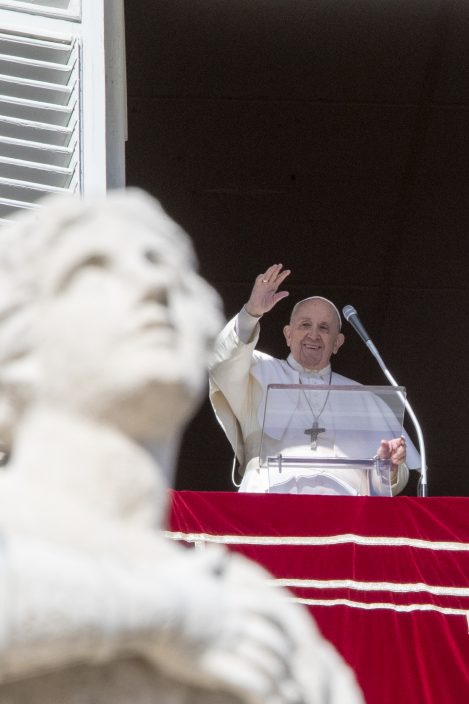 Pope Francis delivers his blessing as he recites the Angelus noon prayer from the window of his studio overlooking St.Peter's Square, at the Vatican, Sunday, Feb. 14, 2021. (AP PhotoAndrew Medichini)

That would especially benefit 1 million undocumented Venezuelans who fled their homeland's food shortages, hyperinflation and the lowest wages in the Western Hemisphere.

A native Argentine, Francis noted that Colombia “isn’t a very rich country” and one with its own “problems of development, poverty and peace," a reference to decades of guerilla warfare. Still, he said Colombia had the ”courage" to act to try to improve the Venezuelans' plight.

“Thanks to Colombia, thanks,” said the pope adding: “I thank everyone for what they do for migrants.” 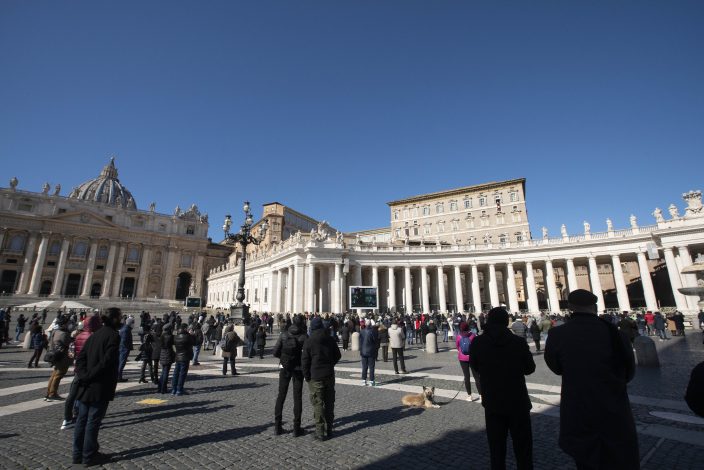 People look at Pope Francis as he recites the Angelus noon prayer from the window of his studio overlooking St.Peter's Square, at the Vatican, Sunday, Feb. 14, 2021. (AP PhotoAndrew Medichini)

According to the United Nations, there are currently more than 5.5 million Venezuelan migrants and refugees around the world.

Francis told the faithful that the key words to remember about the “style of God'' are ”closeness, compassion, tenderness."

In Europe, relentless arrivals of migrants from Africa, Asia and the Middle East who risk their lives by land and sea in hopes of a better future have tested the continent's willingness and ability to welcome and integrate them.

On Sunday, the humanitarian rescue ship Open Arms tweeted that it had 146 migrants aboard in the central Mediterranean. In one of the two rescue operations late last week, 106 people were saved minutes before the migrants' boat overturned and broke apart in storm-tossed seas with 4-meter (13.5 foot) high waves, Open Arms said.

The Spain-based vessel said it was awaiting assignment of a safe port for the rescued passengers.