Jessica Pegula's first victory over a Top 10 opponent earned the 25-year-old American her first trip to the quarterfinals of a Grand Slam tournament.

The 61st-ranked Pegula, whose parents own Buffalo's NFL and NHL franchises, held on to beat No. 5 seed Elina Svitolina of Ukraine 6-4, 3-6, 6-3 in Rod Laver Arena on Monday (Sunday night EST).

Pegula is on quite a breakthrough run. She has won four matches at Melbourne Park over the past week — including victories over two-time Australian Open champion Victoria Azarenka and 2011 U.S. Open champion Sam Stosur — after entering the hard-court tournament with a total of three wins at majors for her career. 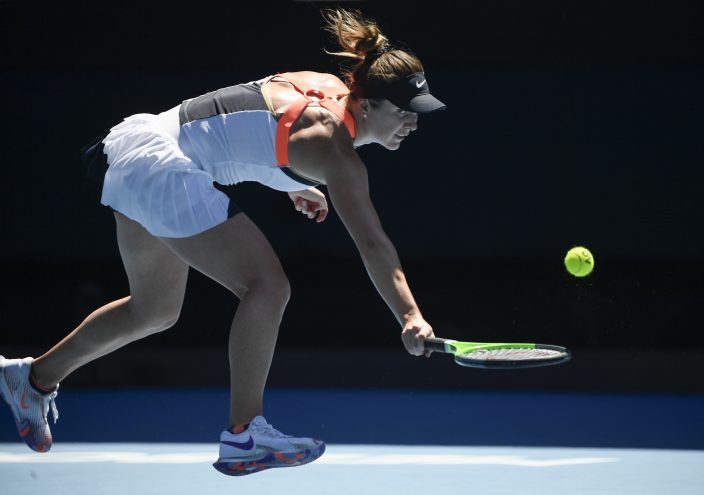 Also significant for Pegula, who works with Venus Williams' former coach, David Witt: She came into the day with an 0-6 record against Top 10 women.

With the sky blue and the temperature in the low 70s Fahrenheit (low 20s Celsius), and zero fans in the stands for the third day in a row because of a local COVID-19 lockdown, Pegula dictated groundstroke exchanges from right along the baseline.

In the early going, she pushed around two-time Grand Slam semifinalist Svitolina, who eliminated American teenager Coco Gauff in the second round, and went up by a set and a break at 1-0 in the second. 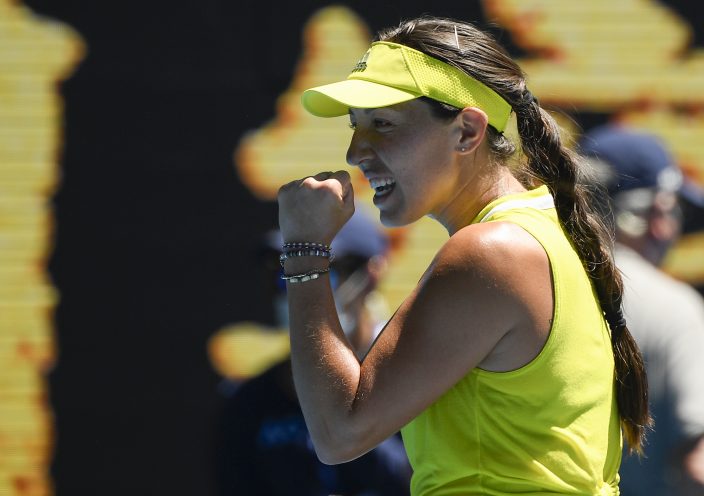 Up until then, Pegula had not been broken.

But that's where Svitolina, everything slipping away, made a stand. She suddenly broke Pegula twice in a row, part of a four-game run that put Svitolina ahead 4-1 in the second on the way to forcing a third set.

As if flipping a switch, or remembering what worked so well earlier, Pegula returned to her more aggressive brand of hit-to-the-corners play and led 4-1. She did get broken to 4-3, but broke right back, then served out the most important victory of her career by grabbing the last four points after falling behind love-30. 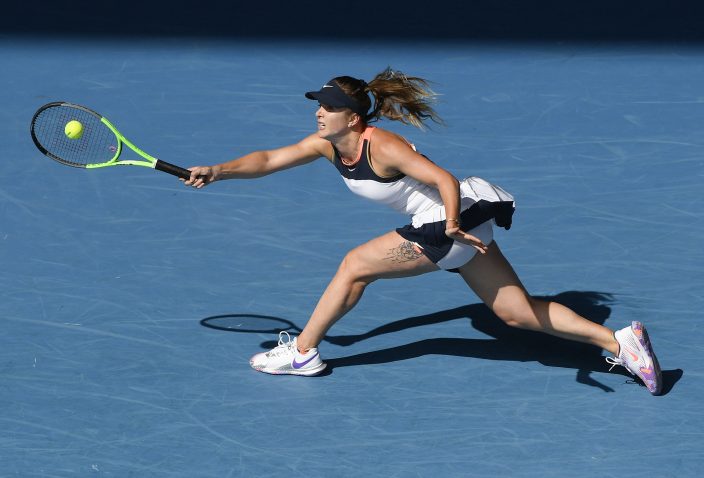 Pegula plays winner of the match that followed in Rod Laver Arena: No. 22 Jennifer Brady of the United States vs. No. 28 Donna Vekic of Croatia.

The last two women’s fourth-round matches were No. 1 Ash Barty vs. unseeded American Shelby Rogers, and No. 18 Elise Mertens vs. Karolina Muchova.