The Chelsea striker tapped in at the far post after Olivier Giroud had failed to connect with a high cross to complete a 2-0 victory over Newcastle on Monday.

“I think for a striker it is much harder when you come into the situation and you don’t have chances,” Werner told broadcaster Sky Sports. “I had in the past a lot of chances and I missed them and also today my team brought me a lot of situations where I can score and it is important to keep going like today." 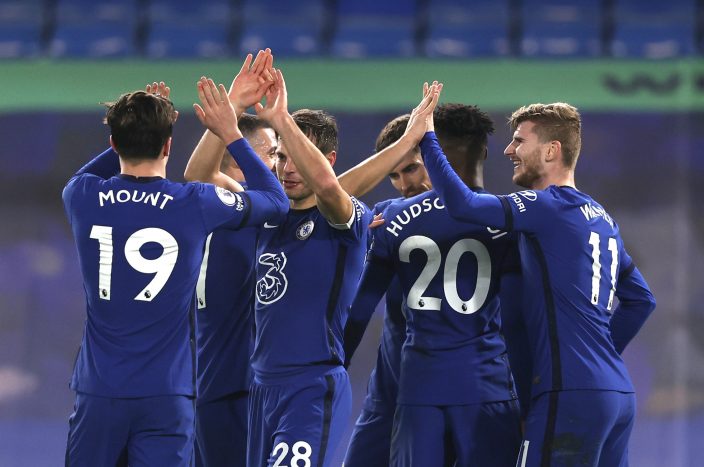 The summer signing from Leipzig netted in the 39th minute against Newcastle at Stamford Bridge, making it an even 1,000 minutes on the pitch since his last league goal on Nov. 7.

The Germany international also assisted the opener eight minutes earlier, with a cross spilled by Karl Darlow and prodded in by Giroud.

“As a striker you always want to score, the last month was not so (good) and I wasn’t happy with not scoring," Werner said. “But at the end it is a team sport and when we win it is good, then I help the team with assists and winning penalties and now I am scoring and I am very glad I scored.” 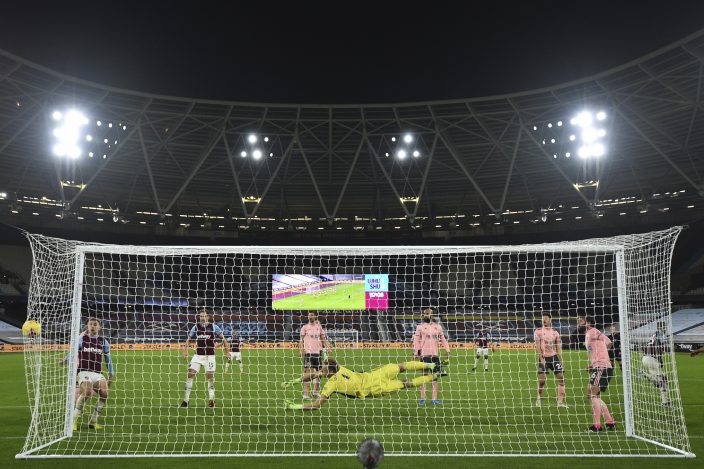 While Chelsea is accustomed to playing in Europe's elite competition, West Ham has never qualified. But the east London club is only behind Chelsea in fifth place due to an inferior goal difference after beating Sheffield United 3-0 despite having its only recognized striker, Michail Antonio, out injured.

Instead Jesse Lingard, who is on loan from Manchester United, sparked the attack — although the goals came from Declan Rice, Issa Diop and Ryan Fredericks and lifted the team above ailing champion Liverpool. 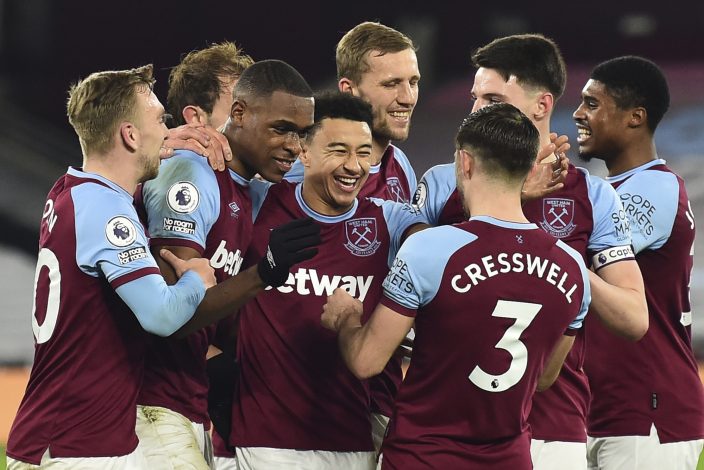 “Obviously I wouldn’t have believed it at the start of the season if someone had said that,” said West Ham manager David Moyes, whose team was deep in relegation trouble this time last year. "It nearly feels uneasy talking like this. The teams around us are top, top teams and we are going to have to play incredibly well to be there. But I think we’ve got another gear or two to what we’ve shown tonight.”

Rice opened the scoring from a penalty — West Ham’s first spot kick of the season — in the 41st after Lingard was brought down by Chris Basham.

Diop added the second after he was left unmarked to nod in Aaron Cresswell’s corner and substitute Fredericks tucked in the third in stoppage time.

The Blades traveled to London knowing a win would lift them out of last place. Instead they experienced another defeat and lost key defender John Egan to injury.

“At this level you can’t make it easy for the opposition and we gift-wrapped two goals,” manager Chris Wilder said. “The timing of the first one is terrible. I thought we would be competitive, which we were. I thought we were well in the game up until that moment. We had a foothold in the game.

“Then we started the second half well but then conceded from a set play. The manner of the goals is really poor.”